Slavia - Karviná
Goals: 39. Frydrych, 43. Baluta, 51. van Buren, 59. Hušbauer, 68. van Buren
Slavia defeated MFK Karviná 5-0 in the Czech MOL Cup quarter-final and continue on their road to defending the title.
MOL Cup quarter-final home against Karviná was ideal time to give chance to players with lower workload this season. Přemysl Kovář started in goal for the first time in 2019, Frydrych and Zelený in defence, Baluta in midfield and Mick van Buren was in starting XI as a lone striker. It was his first appearance in starting line-up since November 2017.

The red-whites started much better against Karviná who focus on relegation fight in FORTUNA:LIGA and started several players from the bench too. Van Buren was denied by goalkeeper Pastornický and Frydrych fired wide in opening minutes.

But Slavia have not managed to open the score till 40th minute. Alex Král had his shot blocked, the ball bounced to Michal Frydrych and he scored into an open net. Alexandru Baluta added second before the break with his beautiful curled shot from outside the box.

The home side continued in self-confident performance after the break and on 50th minute Mick van Buren scored his first of the night and his firm header made it 3-0.

On 59th minute Josef Hušbauer added fourth from outside the box following precise pass by Traoré and after 68 minutes Mick van Buren found the back of the net for the fifth time with his rebound. He thus scored twice in his first appearance in starting XI after almost 18 months.

18-year old Tomáš Vlček replaced Simon Deli for the last 23 minutes, Petr Ševčík recovering from injury played 27 minutes when he replaced Hušbauer in the second half. 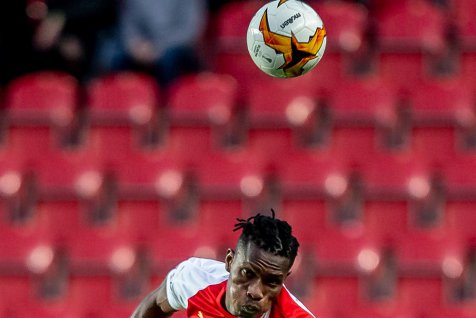 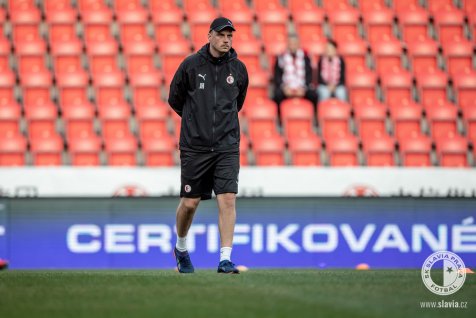 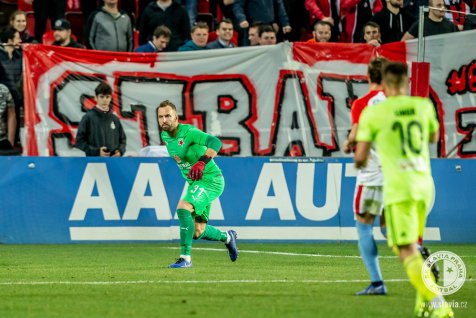 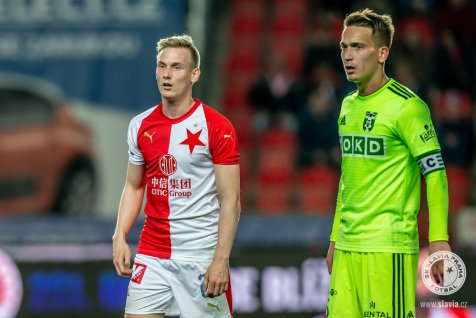 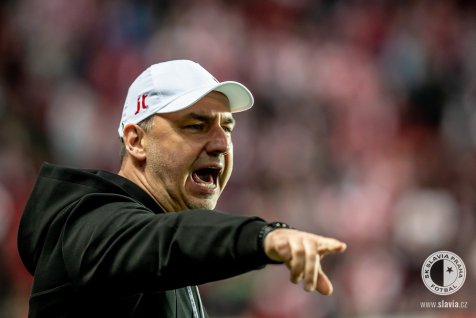 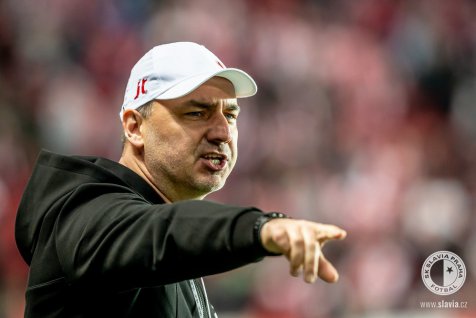