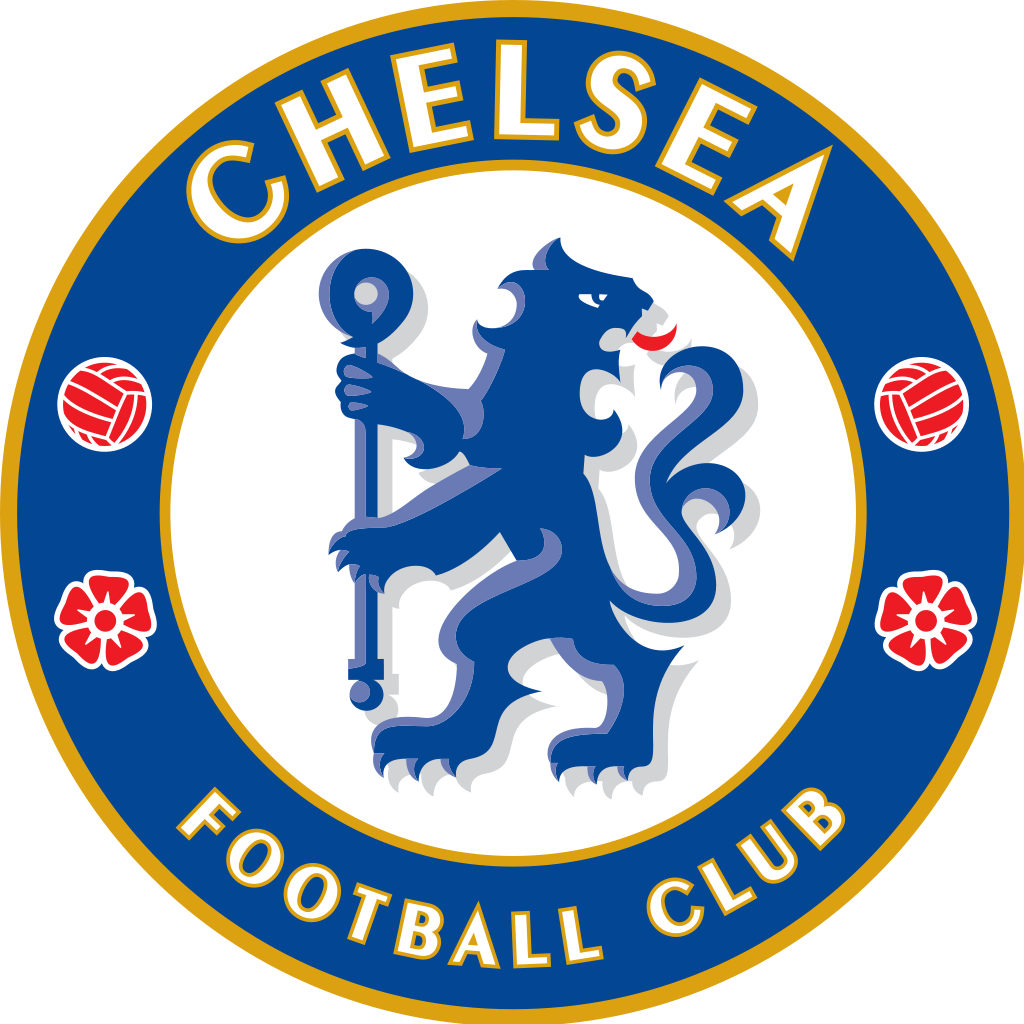 Chelsea - Slavia
Goals: 5. a 27. Pedro, 9. Deli (vlastní), 17. Giroud – 51. a 54. Ševčík, 26. Souček
Radio
Our European journey is over. Slavia started badly on Stamford Bridge but were close to big surprise in the second.
Manager Trpišovský has made three changes in compare to Prague derby: Masopust started in front together with Ševčík, Kúdela replaced injured Coufal as right back and Traoré was part of starting XI instead of Hušbauer.

The red-whites started with offensive 3-5-2 formation on Stamford Bridge, but encountered the worst start for a very long time. Just 5 minutes into the game Giroud sent the ball to Pedro into the box and the Spanish forward lobbed the ball over Kolář to open the score.

Only 5 minutes later Giroud and Hazard combined on the left wing and Hazard crossed the ball to Pedro who hit post in front of an open net. Unfortunately, the ball rebounded to Simon Deli’s head and then over the goal line to double Chelsea lead.

Slavia got into their first chance after 15 minutes when Traoré found Zmrhal in a good position, but he fired his attempt wide from inside the box.

The Blues clearly set the pace of the game and managed to add third on 17th minute. Kanté sent a through pass to Pedro who passed it on his left to Giroud and the French international could not miss in front of an open net.

More than 2.200 Slavia fans did not give up and supported their team despite a disastrous start. And Slavia captain Tomáš Souček gave them something to cheer for after 25 minutes when he headed the ball in after Ševčík’s corner to make it 1-3.

But it took just 2 minutes until Chelsea re-gained their three-goal lead. Hazard came along our defence again on the left wing, passed the ball through the box to Pedro and his deflected shot found the back of the net behind Kolář.

But there was a completely different Slavia who came on the pitch for the second half. On 50th minute Petr Ševčík got the ball behind the box and fired it through Kepa on the near post. And just 4 minutes later it was Ševčík again who sent a cracker from 23 meters into the top left corner of Kepa’s goal to make it 3-4.

Slavia needed two more goals and the first one could come after 61 minutes, but Ševčík aiming for the very first Slavia hattrick in Europe missed the ball inside the box after a beautiful long pass by Zmrhal.

It was Slavia who set the pace in the second half supported by their loud fans, but the red-whites failed to create bigger chances to equalize. After 82 minutes Miroslav Stoch, who replaced Ševčík, fired wide, on 90th minute Slavia got a chance from a set-piece following handplay by David Luiz, but Stoch only hit the wall with his attempt.

The European journey is thus over for this season. Being seeded into the 4th pot the red-whites managed to get into the quarter final which remains the second-best European result in our modern history. 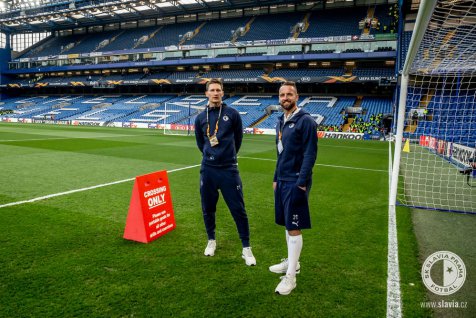 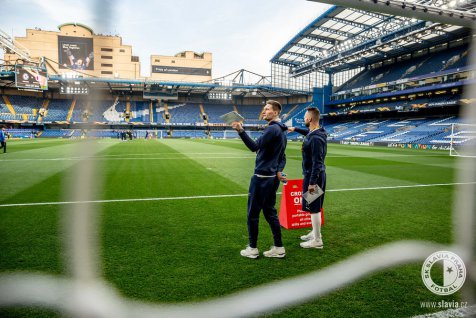 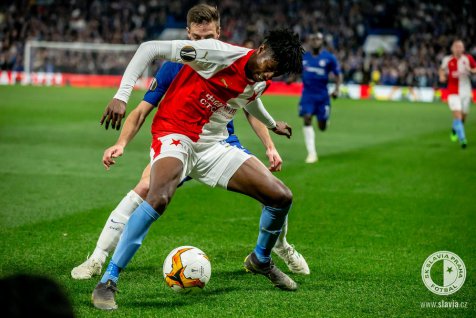 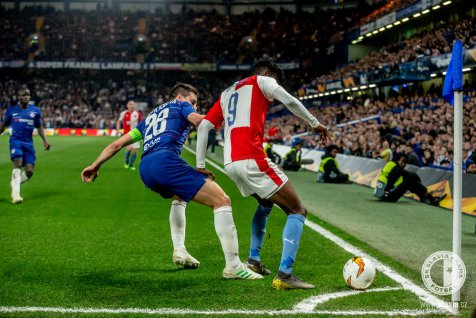 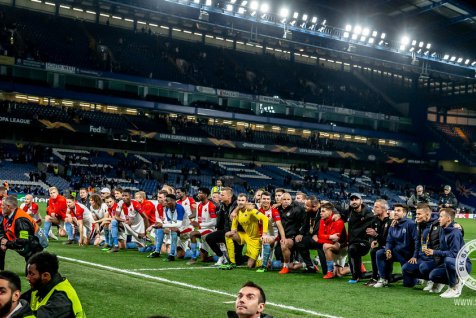 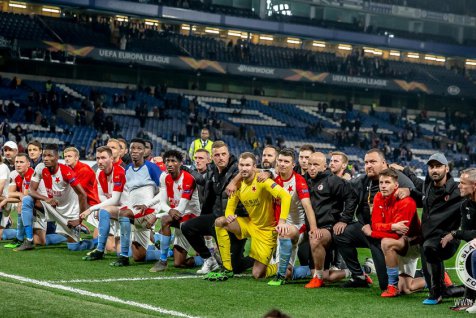