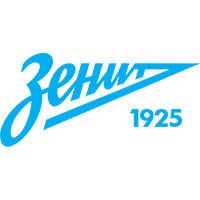 FK Zenit - Slavia
Online
DUBAI – Neither equal first game nor Škoda’s header in the second were enough to keep decent score against Zenit St. Petersburg – currently second team of Russian Premiere League. Slavia have lost their opening game on Dubai training camp 1-5.
The red & whites started the game without the new man in the goal Ondřej Kolář, but other new reinforcements Kúdela and Pokorný appeared in the line-up. Přemysl Kovář has played the whole game between the posts.

Opening 45 minutes showed equal game with only one goal. Five minutes into the game Driussi missed the post yet but at minute 27 Kokorin scored after a quick break by Driussi.

The red & whites could equal the score just three minutes later. Deli headed the ball after Hušbauer cross but goalkeeper Lunev was on the right spot to make a save.

Zenit added their second shortly after the break. Zabolotny outmuscled Jugas on the brink of the box and fired the ball through Kovář.

Milan Škoda reduced the difference shortly afterwards heading the ball into the net after a corner kick by Stoch, but since that moment it was just Zenit to add another goals.

At minute 67 Yerokhin doubled the Zenit lead again after a quick free kick and Smolnikov back pass. Three minutes later Kovář saved Zenit quick break with a decent save but Bogayev rebounded the ball into the net to make it 4-1.

Eight minutes later Stoch missed the target close on the other side.

Zenit added fifth at minute 77 when Denis Terentyev hit the top corner of Kovář net from the left side of the box.