1. The History of our club

The predecessor of Beijing SinoboGuoan Football Club was the Beijing Football Team founded in 1957.Before the Chinese football entered the professional era, the Beijing football team won seven championships in the Chinese Football League.

The club was formally established on December 29, 1992 and is the earliest professional football club in China. Beijing Guoan participated in China’s professional football league in 1994 as one of the founding members of the first fully professional top tier league in China. Representing the capital city of Beijing, the team has been fighting in the top league of the country and its tradition from the first day of the Chinese league matches well with the generosity characteristics of the capital Beijing.

Beijing SinoboGuoan F.C. is not only a football club, but also a part of spirit of Beijing. As the only football team from Beijing that has been in the top league for many years, it is the obligation for Beijing SinoboGuoan F.C. to defend the glory of the sports of the capital Beijing. The club is rooted in Beijing and has the widest fan base and deep football culture. It has nurtured three generations offans and a strong fan culture in Beijing flavor.

The mascot is a cartoon lion, named "Beijing Lion". The name comes from the homonym of "Royal Guards", which reflects the urban attributes of the capital city. 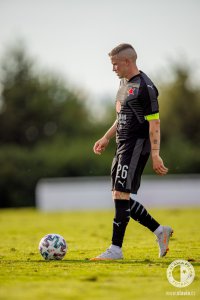 ⏲️ FULL TIME | New signings showed some great quality in the second half! Winger Tomáš Malinský and centre back...
twitter

87' | ONDŘEJ KARAFIÁT MAKES IT 🖐️!Another debut goal! Quick reaction from the defender in front of the opposition goal, who...
twitter