The Red-Whites were drawn against probably the most difficult opponents in the UECL 3rd qualifying round draw. Despite the recent retreat from glory, Panathinaikos remain one of the most successful Greek clubs domestically and in the European competitions. In 2021/22, despite finishing 4th in the league, they managed to win the Greek cup.

The Greens can use their rich and successful European history. In 1971 they managed to reach the European Cup’s final under the guidance of former Hungarian star Ferenc Puskás. Despite losing 2-0 to Ajax, they remain the only Greek club to reach this stage of a European competition. Later they reached the semi-finals of the European Cup twice again, in 1985 and 1996. On another two occasions Panathinaikos managed to qualify for the UEFA Champions League quarter-finals twice, in 1992 and 2002.

In 2018, however, the club was expelled from UEFA competitions for three years due to FFP violation, and the game against Slavia will be their first European encounter since August 2017 when they lost twice to Athletic Bilbao in the UEFA Europa League play-off.

During 20th century Panathinaikos managed to win the Greek Super League on 18 occasions which makes them the second most successful club in the country. After 2000, however, the club repeated their success only twice lifting the champion’s trophy in 2004 and most recently in 2010. In 2021/22 the Greens finished 4th in the Super League, 22 points behind Olympiacos, but also only 3 points behind second-place PAOK. This secured them direct qualification for the UECL 3rd qualifying round.

Panathinaikos also won the domestic cup on 18 occasions, most recently in 2014 and in the last season. 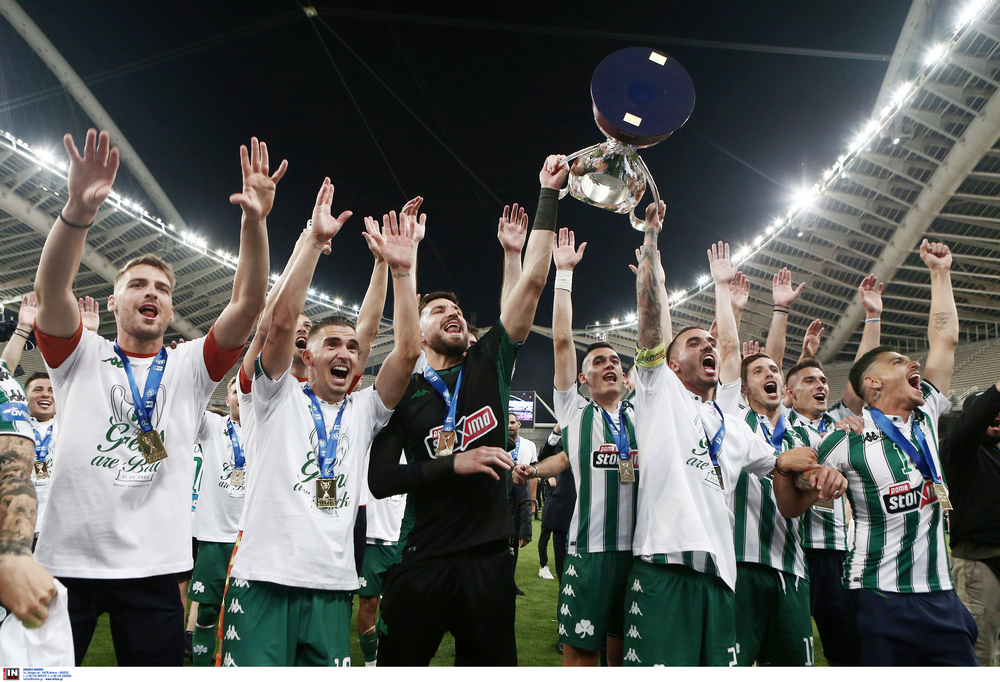 Olympiacos which is based in the city of Pireus – part of Athens metropolitan area – are also Panathinaikos’ main rivals. The clash between these two teams is called he “derby of the eternal enemies”. The Greens managed to defeat Olympiacos in both play-off games in the last season (1-0 at home and 2-1 away).

Panathinaikos play their home games at Apostolos Nikolaidis stadium with the capacity of 15,000. It was open in 1922 and remains now the oldest functioning stadium in Greece. 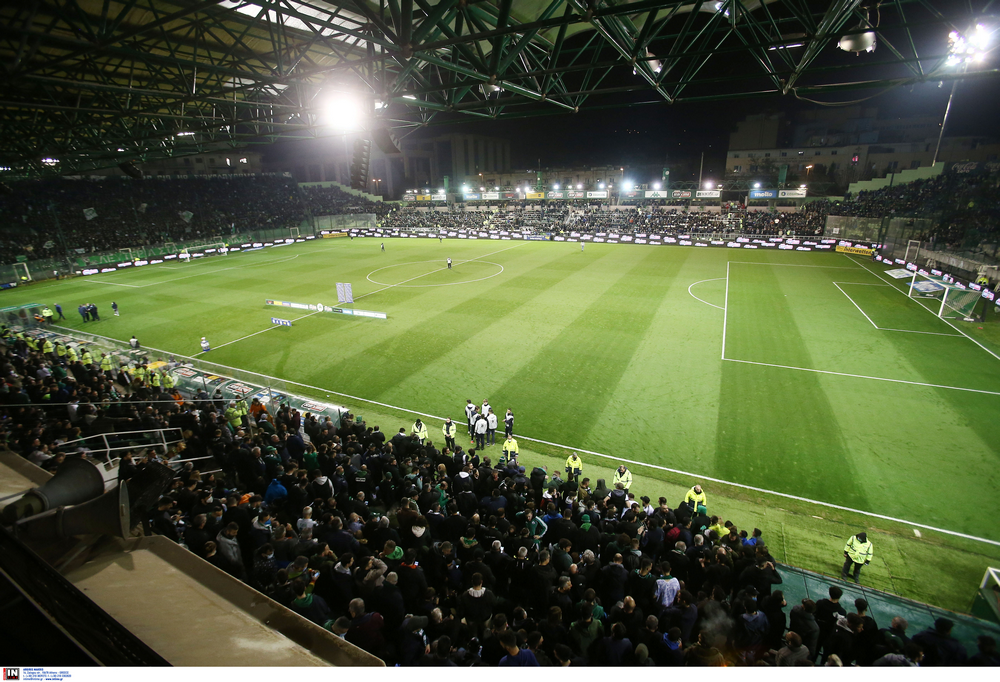 The two clubs met once in the UEFA Champions League 3rd qualifying round in 2001. Slavia lost 1-2 at home when goalkeeper Černý was sent off in the final minutes and midfielder Dostálek had to replace him in goal for a penalty (Basinas missed from the spot). The Red-Whites, however, lost the second leg too (0-1) and failed to qualify for the group stage. 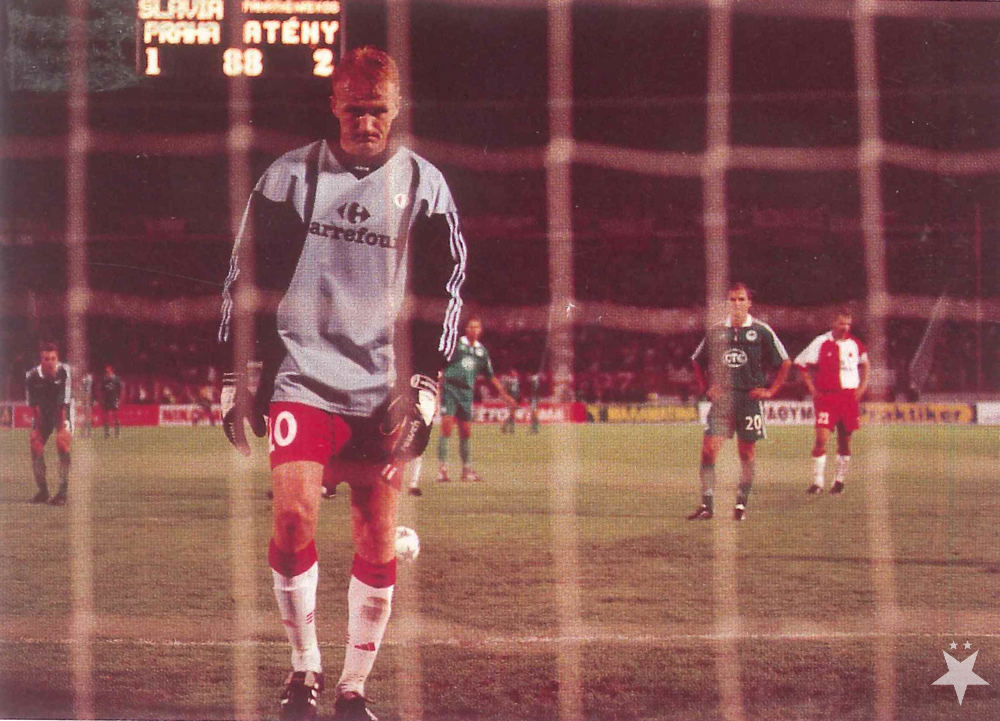 Richard Dostálek is going to face Panathinaikos penalty in the 2001 UCL qualifier.

The Greens will also have a chance to start Slovenian forward Andraž Šporar who scored 60 goals in 78 games for Slovan Bratislava between 2018 and 2020 before joining Sporting. Šporar spent the last half-a-season on loan to Middlesbrough where he scored 8 goals in 36 games. 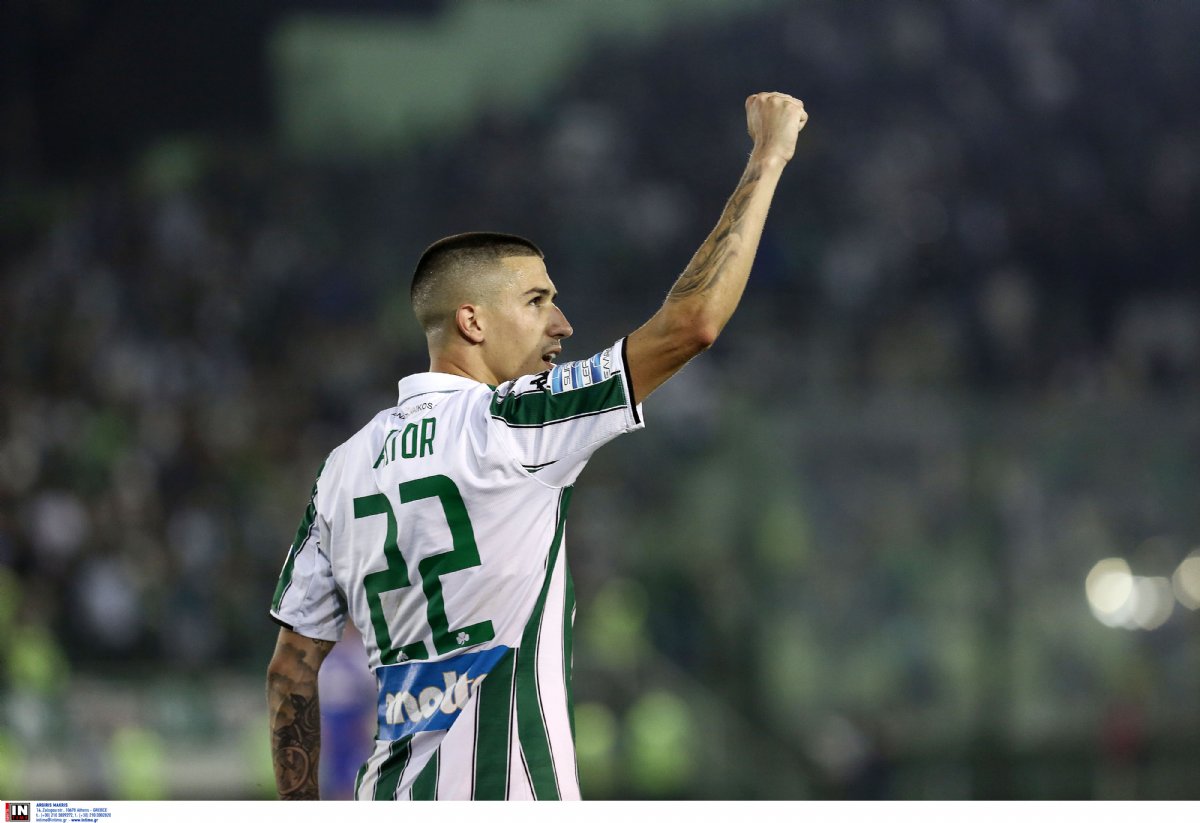