close
CZ CN
PRAGUE/VÁCLAV HAVEL AIRPORT - On Wednesday morning Slavia have departed for their 5th Europa League game to Israel. The red & whites play Maccabi Tel Aviv on Thursday evening hoping to win to keep their chances for promotion to the round of 32 in spring 2018.
Maccabi are now out of the competition with just one point in the table of group A. Slavia should win to keep the best chances for their last home game with Astana which is now 2 points ahead of red & whites. The game will be played on Netanya Municipal Stadium at 10:05 pm local time (9:05 pm CET).

The sides met for the first time on matchday one in Prague. For Slavia it was maiden fixture against Israeli opponents and the red & whites recorded a 1-0 win courtesy of Tomáš Necid´s 12th-minute strike.

Slavia are without a win in 20 UEFA away fixtures (D10 L10) since a 1-0 victory at Ajax in a 2007/08 UEFA Champions League play-off. Coach Jaroslav Šilhavý will miss midfielders Jan Sýkora and Ruslan Rotaň due to injuries and also defender Jan Bořil, who is ineligible for this encounter after collecting three yellow cards in previous Europa League matches. Bosnian striker Muris Mešanović and Slovak defender Dušan Švento are out due to longtime injuries.

Šilhavý: To keep in touch with Astana

“The mathematics of group A is simple. We need to keep in touch with Astana so that we could play the last home game for the second place. Therefore we want to win in Tel Aviv,” manager Jaroslav Šilhavý said.

“Maccabi play lively football, they want to attack. They will not be under pressure, they do not have to gain some points. But it is about prestige and I think they will concentrate on their performance. We must be active as well and productive above all. In the last two games against Craiova and Dukla we were, scoring nine goals,” Šilhavý concluded.

Frydrych: The game is just about us

“Maccabi have no chance to qualify anymore, so the game will be just about us and about our performance. It was a great encouragement for us to win the last game against Dukla with such a goal difference, but every game is different and so will be the game with Tel Aviv,” Slavia defender Michal Frydrych says.

“We managed to win in the first game and our coaches showed us something which should help as well. So I hope we will manage to win again,” Frydrych added.

What are the permutations ahead of matchday five?

Villarreal will be through with a win, or with a draw if Slavia fail to win, or even with a defeat if Slavia also lose due to Villarreal´s superior head-to-head. Astana are through if they win and Slavia do not. Slavia are out if they lose and Astana win.
zavřít 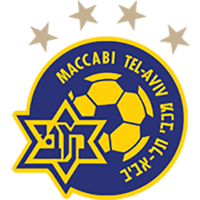 Goals from Stanciu and Kuchta secure win against Zlín!

Slavia won the game against Zlín 2-1 at home even though the Red-whites conceded an early goal in the first half!
More
A team

Jindřich Trpišovský on the unsuccessful first half, tiredness, team progress and missing fans after the second leg against Arsenal.
More

📝 | Slavia won 2-1 against @footballzlin and extended the unbeaten run to 40 games in the league. We also tied a 75 years old record in...
twitter

⏱️ FULL TIME | Slavia came from behind to beat Zlín. Jan Kuchta was the match-winner with his strike in the 50th minute!...
twitter