close
CZ CN
Slavia have met with Ferencvaros on 32 occasions including Mitropa Cup finals. The last mutual game, however, dates back to 1986.

Ferencvaros were founded 1899 – seven years after Slavia – and are the most successful Hungarian club both domestically and internationally. “Fradi” (abbreviation of German name of the Ferencvaros neighbourhood “Franzstadt”) have won the Hungarian league on 32 occasions and the Cup on 23 occasions.

Fradi have been playing in the Hungarian top tier since 1901 except for the years 2006 to 2009 when the club was administratively relegated due to financial problems. The club returned in 2009 and won the league four times. Ferencvaros have completed champion’s hat-trick this season becoming Hungarian champions three times in a row.

Last season the Hungarians qualified for the UEFA Champions League Group Stage eliminating Celtic, Dinamo Zagreb and Molde in the qualifiers. They finished fourth in the group with Barcelona, Juventus, and Dynamo Kyiv. 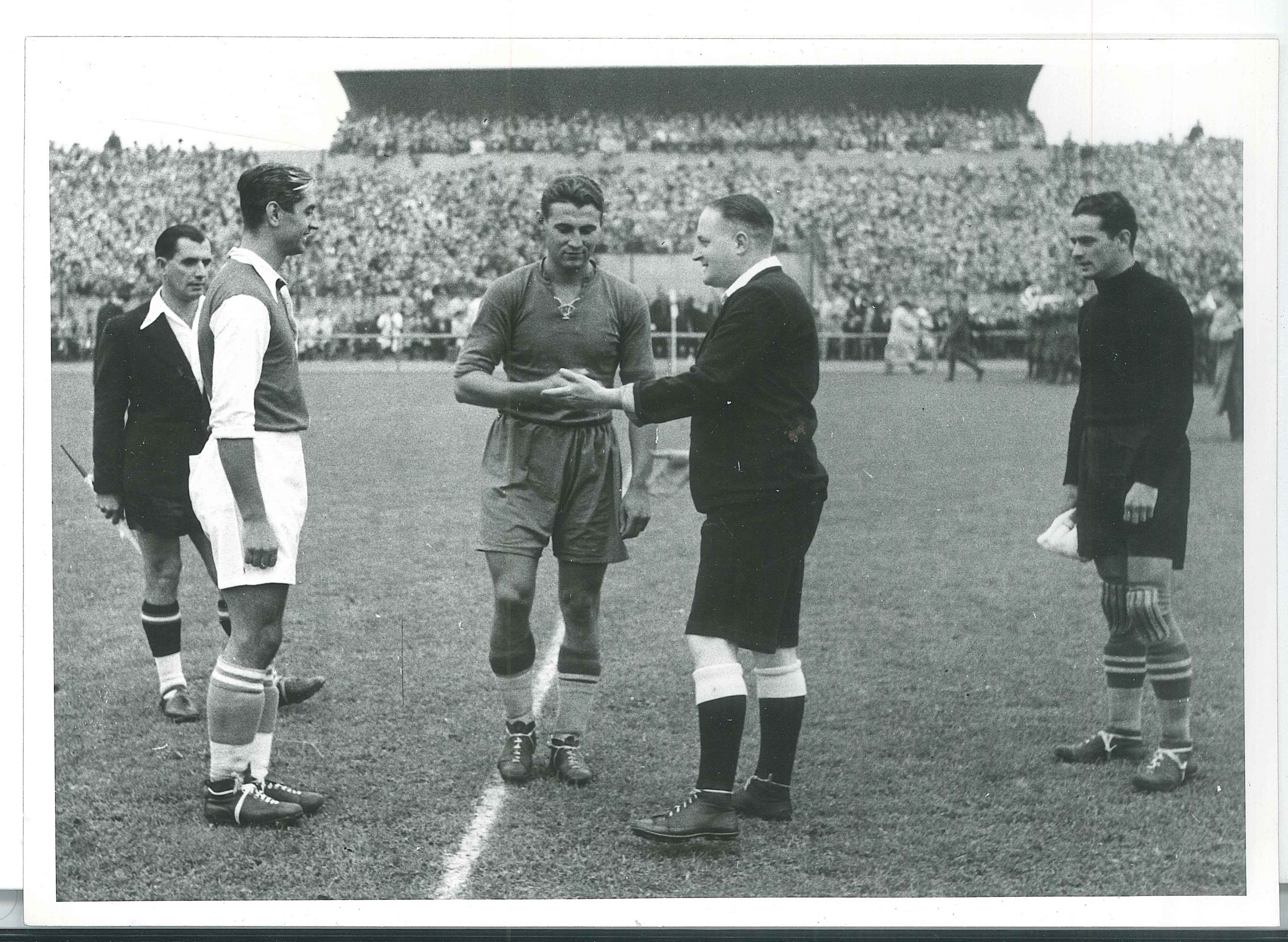 Captains and referees before the Mitropa Cup final first leg between Slavia and Ferencvaros in Prague in 1938.

Mitropa Cup final in 1938 was also the most important tie between Slavia and Ferencvaros so far. The clubs drew 2-2 in Prague, but Slavia – an underdog of that tie – managed to win 2-0 away in Budapest to secure their only triumph in the biggest competition of interwar Europe. 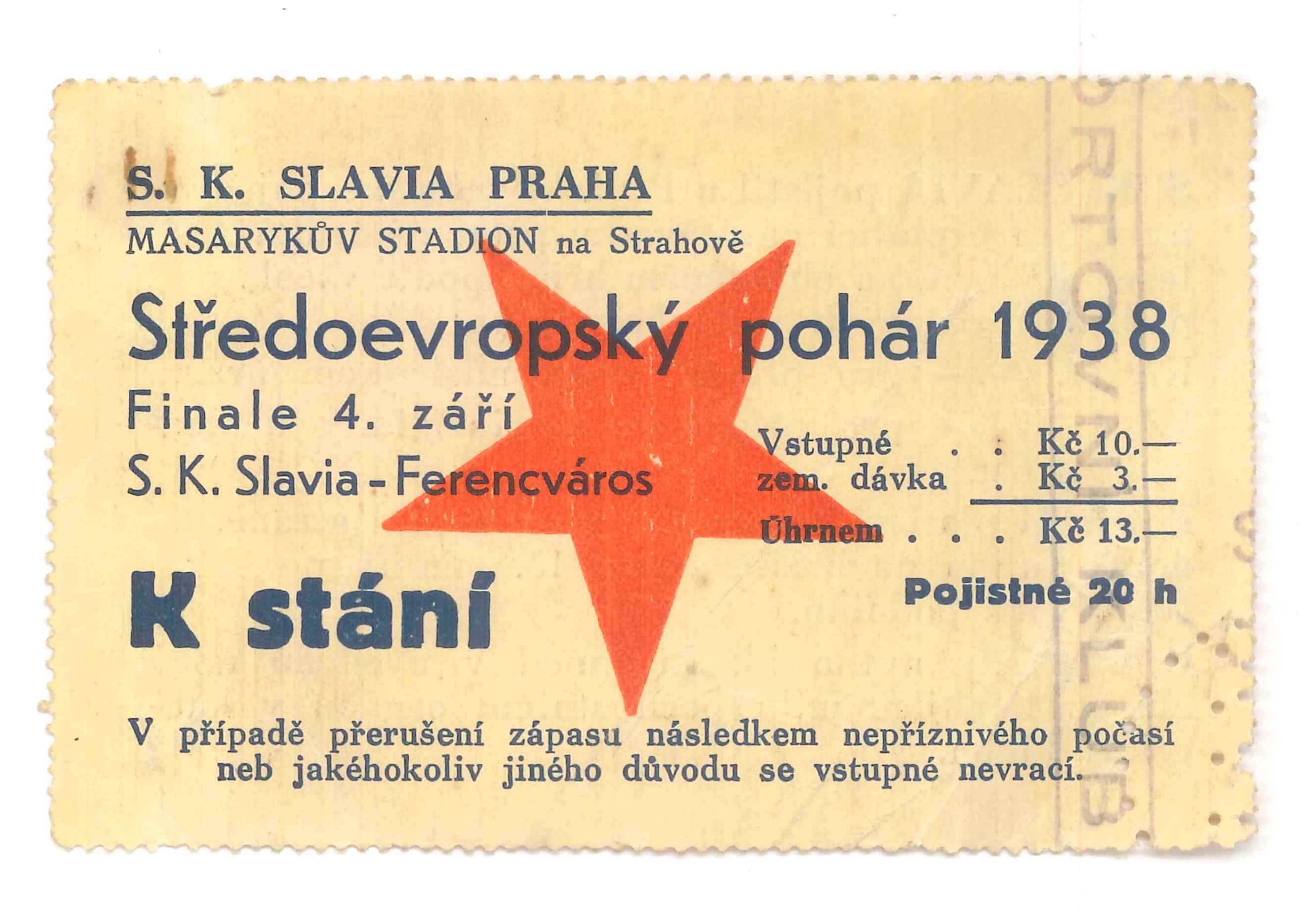 A ticket for the Mitropa Cup final in 1938 between Slavia and Ferencvaros in Prague.

Slavia have faced Ferencvaros on 32 occasions, most of them between 1918 and 1938. The Red-Whites won 16 games, Ferencvaros 8, and 8 matches finished in a draw. The last tie was held in 1986 in the Intertoto Cup.