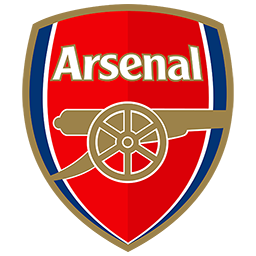 SK Slavia Praha - Arsenal FC
Goals: 18. Pépé, 21. Lacazette (pen.), 24. Saka, 77. Lacazette
Radio
Slavia lost the second leg of the UEL quarter-finals to Arsenal and after a draw from London were eliminated from the competition.

Manager Jindřich Trpišovský made two changes in comparison with the first leg against Arsenal. Petr Ševčík replaced Oscar Dorley on the right side of midfield and Peter Olayinka started up front with Jan Kuchta instead of Abdallah Sima. Ondřej Kolář started the game in goal. The defense was composed of Bah, Zima, Holeš and Bořil. Jakub Hromada began the game as a defensive midfielder. Nicolae Stanciu and Lukáš provod played alongside Petr Ševčík in central midfield.

In the 15th minute, Bukayo Saka had the ball on the left wing, led it to the edge of the penalty area and shot to the far post. Ondřej Kolář was able to deflect the shot to the goal post. But the ball deflected back into the penalty area where it was tapped into the net by Emile Smith Rowe. But the goal was disallowed because of an offside position of the Arsenal midfielder.

Just two minutes later, Saka was running with the ball into the box. Jakub Hromada tried to stop him but he fauled him in the process. The referee did not hesitate and pointed to the spot immediately. Alexandre Lacazette stepped up to the spot, sent Kolář the wrong way and scored to double Arsenal’s lead.

The third goal came in the 24th minute. Bukayo Saka received a great pass, took it to the edge of the penalty area and send a powerful shot to the bottom right corner. 3-0 to Arsenal.

After the three goals, Slavia started to attack more but the Red-whites could not produce a goalscoring opportunity. Arsenal defense was able to block all the shots that Slavia sent on Bernd Leno.

At the beginning of the second half, Slavia made four substitutions. Lukáš Masopust, Oscar Dorley, Ondřej Lingr and Denis Višinský replaced Hromada, Bořil, Stanciu and Bah. The 18 year old Višinský made his Europa League debut.

Slavia was the better team in the first fifteen minutes of the second half. The Red-whites were putting pressure on Arsenal defense but could not produce a shot on goal. They managed to get two corners but all the shots they had were blocked by the defenders.

After this period, the game was played mostly in the middle of the field with no real goalscoring opportunities. In the 77th minute Nicolas Pepe received a pass on the left wing. He sent the ball to the penalty area to Alexandre Lacazette. David Zima slipped right in front of the striker trying to prevent the shot and Lacazette sent the ball into the bottom left corner to score the fourth goal of the game.

Slavia lost the game against Arsenal 0-4 and was eliminated from the Europa League in the quarterfinals. The Red-whites will play their next game on 18th April against Liberec in the domestic league.

Bořil, Holeš and Masopust are in the @ceskarepre_eng starting line-up against Croatia tonight! 🔴⚪️💪
twitter
5⃣ years ago 🇨🇿 @ceskarepre_eng faced 🇭🇷 Croatia in the EURO 2016 Group Stage and our captain @skodak21 chose...
twitter
Oscar is on 🔥! twitter.com/WesleyKla/stat…
twitter