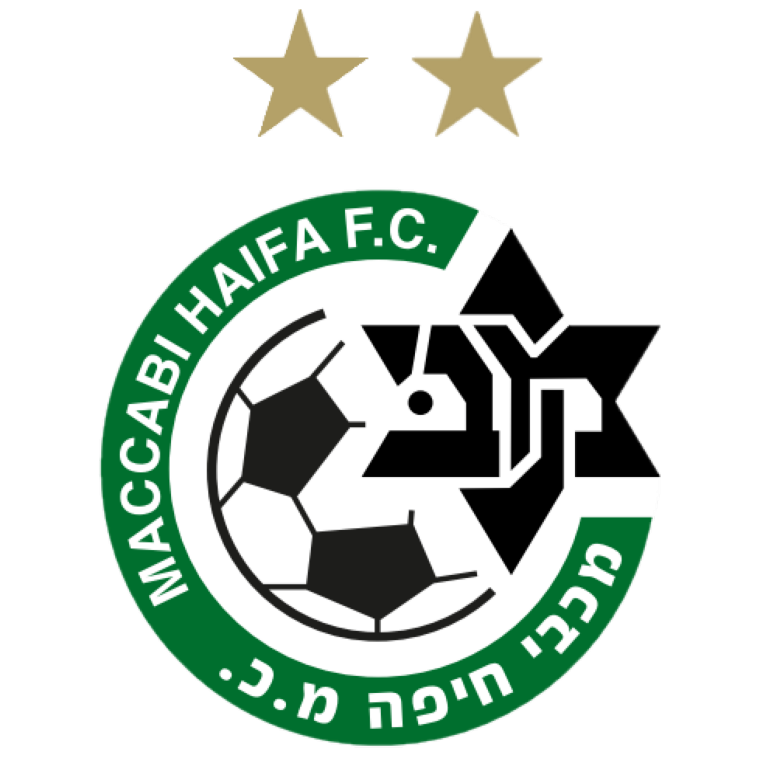 Slavia - Maccabi Haifa
Goals: 49. Kuchta
Radio
Jan Kuchta scored early in the second half to secure the Red-Whites second win in the Group E against Maccabi Haifa.
Slavia started with two changes compared to the league game against Plzeň on Sunday. Oscar replaced Hromada and Stanciu was intended to start instead of Ekpai, but was replaced by Samek minutes before the game due to health problems. Only 3 minutes into the game Masopust set up Olayinka with a nice through pass, but goalkeeper Cohen rushed out to beat our midfielder. A serie of corners which followed resulted only in Masopust’s header which was sent wide. After 8 minutes Cohen failed to catch a long ball and then brought down Kuchta inside of the penalty area, but the referee decided not to give a penalty to Slavia, but showed a yellow to Masopust for protests instead. Slavia set the pace of the game and in the 34th minute created a big chance when Samek’s cross found Olayinka on the far post, but his beautiful bicycle kick was blocked by one of Maccabi defenders. Three minutes later Kuchta headed over the crossbar after Oscar’s cross. In the last minute of the opening half Maccabi created their first chance after a mistake in Slavia build-up, but Ben Sahar’s effort from the right side of the box was blocked by Kacharaba and Mandous showed a great save against Din David’s subsequent shot. Shortly after the break Ben Sahar sent his dangerous header wide, but the linesman raised the flag which meant the chance was void anyway. It was thus Slavia who managed to break the deadlock in the 49th minute. Masopust passed the ball to Bah inside of the box, his low shot was blocked by Cohen, but the ball rebounded to Jan Kuchta who fired it through Haifa goalkeeper. After 70 minutes both teams created clear goalscoring opportunities. At first Peter Olayinka was denied by Cohen with his volley and Alexander Bah then hit woodwork with his rebound, a minute later Omer Atzili sent the ball over the crossbar after a long pass from the left side. Ten minutes before the final whistle the Red-Whites had another big chance to double their lead when Olayinka set up Krmenčík on the right side of the box, but our forward failed to fire the ball through Maccabi goalkeeper. But it was Maccabi who could have the last word in the added time after yet another mistake in Slavia build up. Following a long sharp cross by Abu Fani from the right wing Bah could not reach the bell inside of the box and Haziza missed the left post only by centimetres. But Slavia managed to keep Haifa at bay in the last minutes of the game and recorded their second win in the Group E. The Red-Whites now sit second in the group, 2 points ahead of Maccabi and 4 points below Feyenoord, who will be their next opponent. 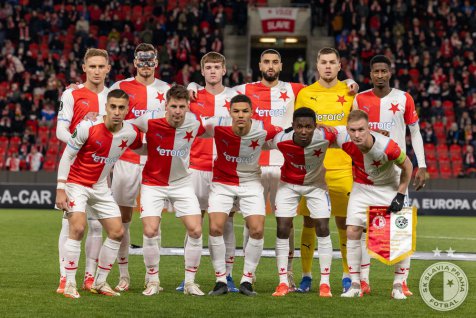 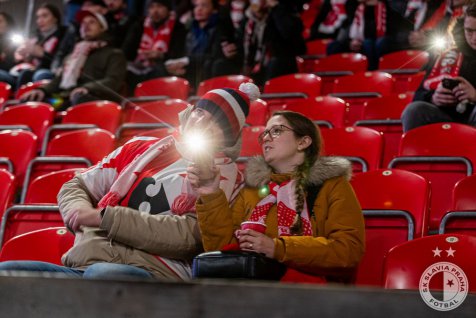 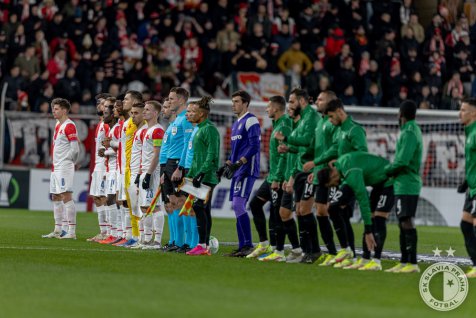 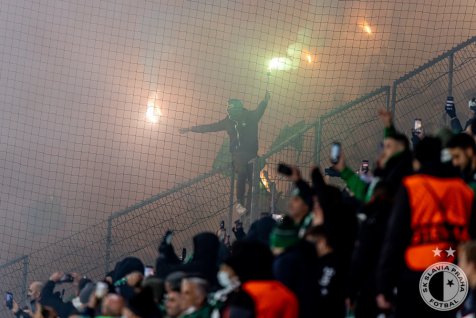 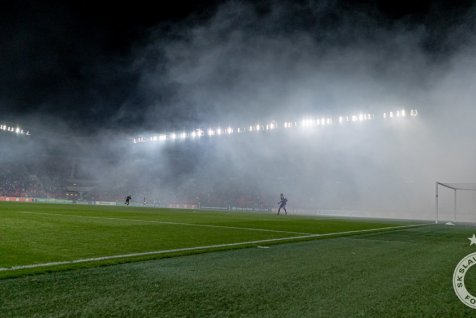 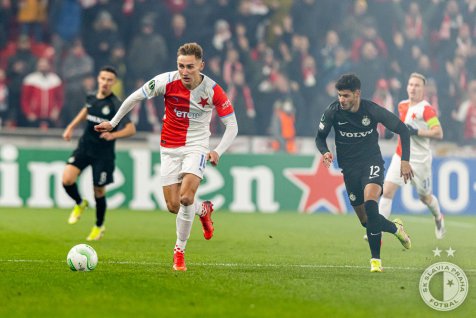