Feyenoord - Slavia
Goals: 10. Sinisterra, 74. Senesi, 86. Kökçü – 41. Olayinka, 67. Sor, 90+4. Traoré
Radio
Feyenoord came from behind in the second half against Slavia, but Traoré´s backheel equaliser saved a draw in the 95th minute.
Slavia start to the game was equally bad as in the first away match in Rotterdam in the group stage. After only 10 minutes Slavia were caught napping when Feyenoord launched a counter-attack after our corner, Sinisterra cut inside on the edge of the box and sent his low shot into the net on the front post. Two minutes later Slavia could equalize from their first chance, but Sor curled his effort next to the far post from 15 metres. After another 8 minutes Kökcü hit the woodwork with his technical effort from the edge of the box. After half an hour Feyenoord could use another counter-attack after Slavia corner and Sinisterra fired from similar position as before the first goal, but Kolář managed to block his shot this time. Slavia equalizer three minutes before the break thus came like a bolt from the blue. Peter Olayinka latched onto a through pass on the edge of an offside, his first effort was blocked by Marciano, but the rebound found his way into the net despite Yira Sor probably contributing with a slight touch in an offside position. Feyenoord were better in the opening half, but after an hour of the game Slavia started to dominate and created several chances. In the 66th minute Yira Sor could go alone on the home goalkeeper from the right side, but fired wide. Second goal for Slavia came just two minutes later. Bah’s effort after Olayinka’s cross was blocked, the ball got to Ivan Schranz on the far post, he returned it in front of the goal and Yira Sor sent it into an open net. It was 6th goal in 5 UECL games for Yira Sor this spring. However, it was the home side who managed to score twice and turn the game around once again. In the 74th minute Dessers got the ball on the left side, his cross was deflected by one of the defending Slavia players and Senesi sent the ball into the new with his chest on the front post. 2-2. Shortly after the equalizer Slavia could regain lead when Bah set up Olayinka inside of the box and our captain outjumped Feyenoord defence, but his effort missed the right post. In the 86th minute Feyenoord came from behind when Kökcü got chance to take a free kick, sent the ball through the two-men wall and Kolář could not reach his effort to the bottom right corner. 3-2. Feyenoord could secure their win in the 93rd minute, but Sinisterra fired his volley next to the left post. In the 5th minute of the added time Slavia executed their last corner kick. From the far post the ball rebounded to Sor who returned it back in front of the goal, Ibrahim Traoré found enough space to try a backheel and his effort went through a goalkeeper and a defender into the net. 3-3. The chances to the second leg are thus equal after the opening game. Thanks to the last-minute equalizer Slavia drew 3-3 in Rotterdam. 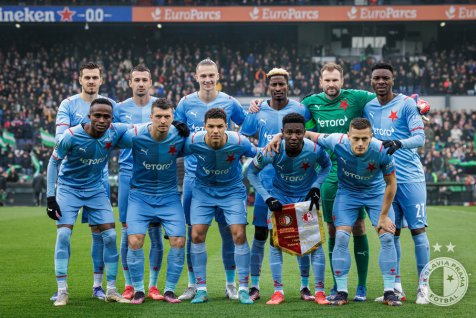 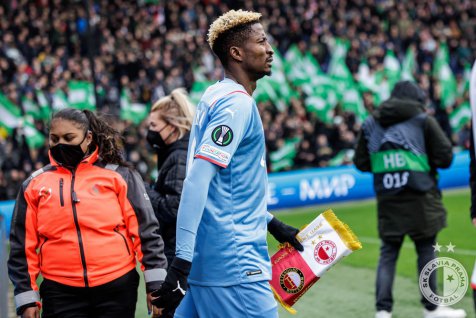 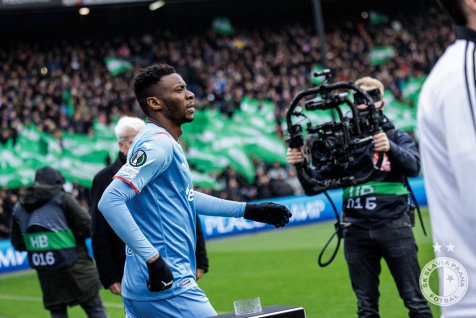 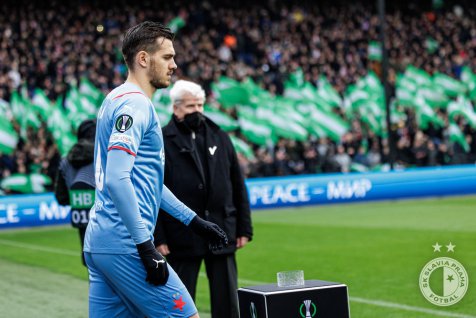 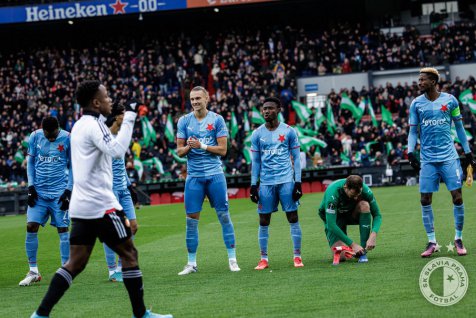 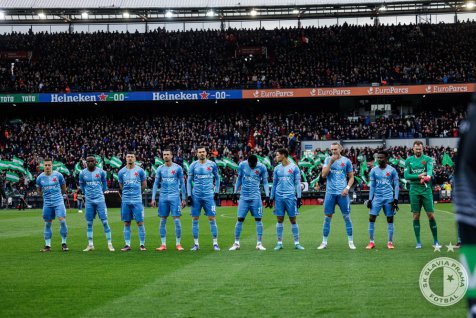