Slavia - Jablonec
Goals: 15. Olayinka, 34. Kuchta, 40. Bah, 77. a 90. Lingr
Radio
Olayinka, Kuchta and Bah scored in the opening half and Lingr added two after the break in a 5-0 win against Jablonec.
With only 3 minutes on the clock Slavia created first goalscoring opportunity. Hromada sent a cross from the left side of the box, one of the Jablonec defenders deflected the ball and it hit the near post. On the other side Mandous made his first save against Pilař when he blocked his low shot from behind the box. After 13 minutes Masopust’s shot was blocked by Hanuš from under the crossbar with a great save. Only two minutes later Peter Olayinka opened the scoring being wonderfully set up by Oscar who got enough space after a beautiful cross by Nico Stanciu. Slavia se the pace of the game and allowed Jablonec only one more chance, but Houska fired the ball wide from behind the box after 32 minutes. Only two minutes after this the Red-Whites managed to double their lead. After another great pass by Stanciu Jan Kuchta got the ball behind Jablonec defence, went past goalkeeper Hanuš and scored into an open net. In the 39th minute Olayinka could add his second of the night, but Hanuš managed to block his effort from inside the box in a clear goalscoring opportunity. But only a minute later Eden could celebrate for the third time when Holeš sent his log cross into the box and Alexander Bah headed the ball close to the right post where Hanuš could not reach it. In the added time Olayinka created another big chance, but the Nigerian midfielder fired wide after a beautiful individual action. Slavia continued in a dominant performance after the break but failed to create more chances. On the other side Čvančara sent the ball just wide after a cross from the right side in the 57th minute. More goals came with the substitutes. Ondřej Lingr came on the pitch in the 71st minute and added fourth for Slavia five minutes later. Oscar sent a high cross into the box, Krmenčík Chested it in front of him and Lingr fired his volley through Hanuš. Ondřej Lingr then put the icing on the cake with his second goal in the 90th minute. Madsen won the ball inside of Jablonec box, chipped it over Hanuš and Lingr headed it into the net to make it 5-0. With Viktoria Plzeň slipping up with a draw in Ostrava and Sparta losing to Slovácko Slavia are now on top of the table Three points ahead of Slovácko and Plzeň and five points ahead of Sparta. 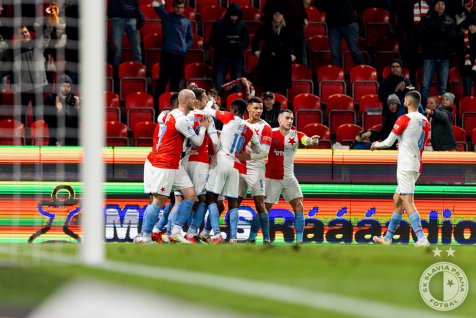 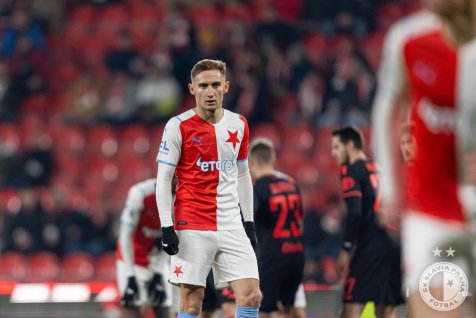 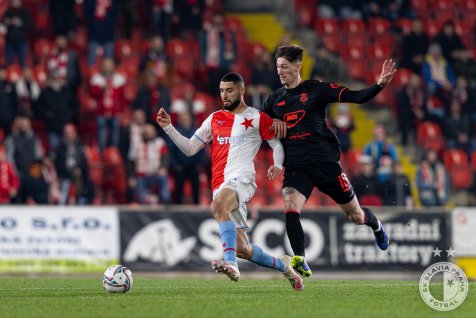 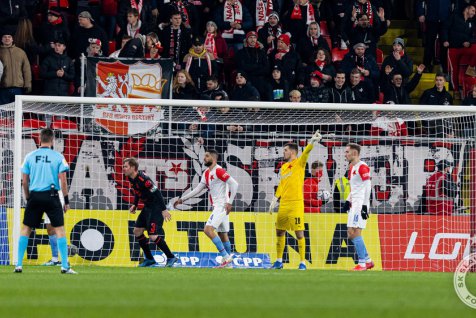 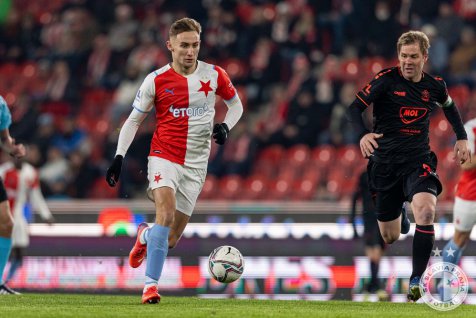 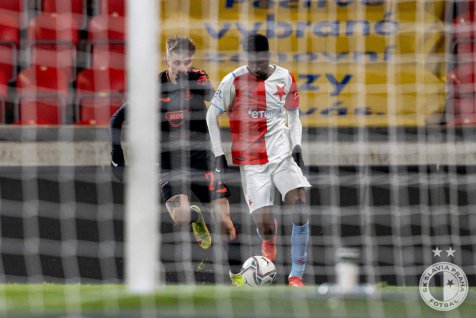