Slavia - Mladá Boleslav
Goals: 31. Bah, 40. Stanciu
Radio
Slavia defeated Mladá Boleslav 2-0 and won their 7th straight league game with clean sheet.
After the UECL game against Union Berlin on Thursday Slavia returned to its typical 4-2-3-1 tactical with Jan Kuchta, who missed the match in Berlin due to yellow cards, as a lone striker. Slavia started better and set the pace of the game, but for almost half an hour resilient Mladá Boleslav managed to keep the Red-Whites at bay. After 31 minutes, though, the home side managed to break the deadlock. Nicolae Stanciu executed a set-piece from the left side, the ball fell through several players to Alexander Bah and the Danish full-back managed to send it into the net. Only a minute later Kuchta could double our lead when he outrun Suchý and chipped the ball over Šeda, but his effort wasn’t powerful enough to reach the goal. But 10 minutes after the opening goal Nicolae Stanciu gave Slavia two-goal cushion. Alexander Bah won the ball and made a great run into the box, passed the ball to Stanciu to his right and Slavia captain fired the ball under the crossbar. In the 54th minute Milan Škoda got loose ball inside of Slavia box, but his powerful shot was blocked by Ousou. Three minutes later Boleslav created another chance when Mašek got a through pass into the box, but Mandous managed to block his low effort with a superb save. The guests rose into the game and Slavia had less space for their attacking actions, but it was an end-to-end fare in the last 30 minutes at Eden. At minute 70 Alexander Bah won another ball perfectly anticipating Boleslav build-up and passes it to Ivan Schranz, but his effort from a close distance was blocked by the goalkeeper. Ten minutes later Ekpai found Olayinka in another opportunity in front of the goal, but Šeda managed to block his effort. On the other side Fila got past Ousou into a chance n the left side of the box but failed to shoot or pass thanks to a good work by Slavia defenders. In the 83rd minute Hlavatý’s powerful effort was blocked by Mandous. In the added time Mads Emil Madsen could add third for Slavia after a quick counter-attack, but his shot from behind the box was blocked by Šeda. Slavia thus defeated Mladá Boleslav 2-0, won their 7th straight league game and keeps the clean sheet for 588 minutes. 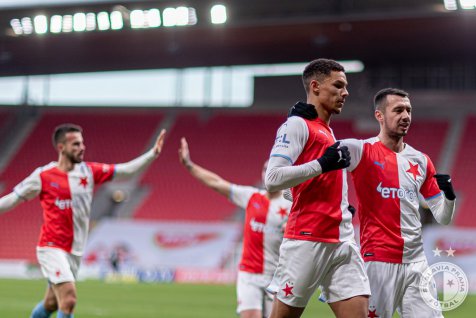 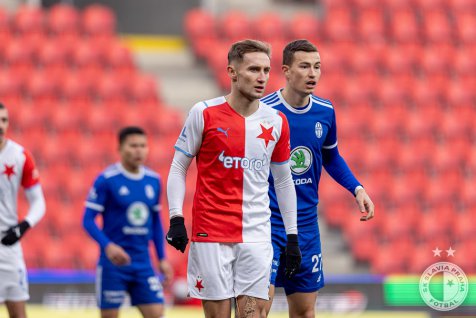 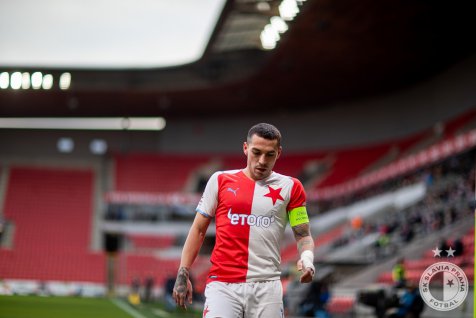 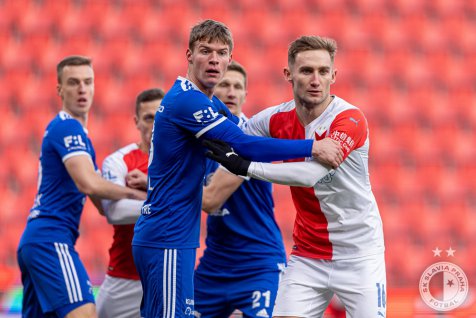 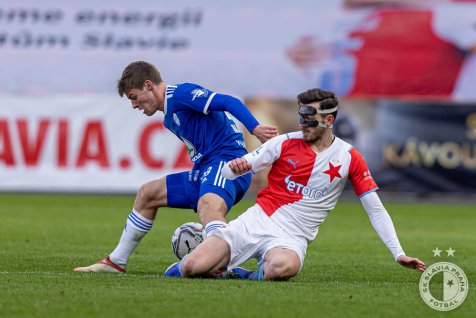 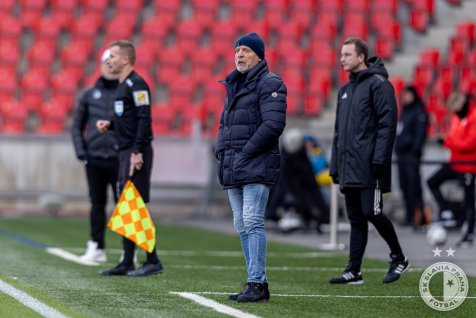