Slavia - Sparta
Goals: 41. Lingr, 90. Schranz
Radio
Slavia defeated Sparta 2-0 in the 302nd Prague Derby. Lingr and Schranz were on the scoresheet.
After the first week with no mid-week game Jindřich Trpišovský made several changes into the starting eleven including Ondřej Kolář starting in goal and David Hovorka in his first game after more than 13 months of the knee injury. 17 minutes into the game Haraslín got into the first big chance for Sparta receiving a through pass from Pavelka on the right side of the box, but Jurásek manged to block his shot with a sliding tackle. After half an hour Slavia could break the deadlock when Sor headed the ball after Bah’s cross, but Holec blocked his effort with a superb save. Only few seconds later Jurásek fired from the left side of the box and the ball hit the far post after a touch from Sparta goalkeeper. In the 41st minute Ondřej Lingr gave Slavia lead with his 11th goal of the season. Schranz passed the ball to Bah on the right wing, the Danish full back sent a low cross into the box and Ondřej Lingr headed the ball in. Two Sparta chances then framed the half-time break. In the added time a deflected long cross fell to Pavelka on the far post, but Sparta captain failed to direct his effort on goal. Four minutes into the second half Pešek fired from sharp angle after a long pass through Slavia penalty area, but Kolář managed to block his shot on the corner. After 62 minutes Slavia launched a counter-attack after Holec misplaced pass, but Sor headed wide after a cross by Lingr. Five minutes later Olayinka won the ball again on Sparta half and set up Sor who tried to curl the ball behind Holec, but the away goalkeeper saved his shot. In the 75th minute Stanislav Tecl replaced Yira Sor as a striker and got into his first chance only a minute later after another beautiful cross by Jurásek, but Holec rushed away from his goal to block Tecl’s chip. Slavia set the pace of the game and Sparta were creating chances mostly after set pieces. In the 90th minute Panák fired hi volley from outside of the box, but Kolář blocked his effort. So, it was Slavia who had the last word late in the second half. In the added time Stanislav Tecl launched a counter-attack, set up Ivan Schranz behind Sparta defence, our forward went past Holec and doubled the lead into an open net. After two lost Derbys in the league and MOL Cup Slavia returned to winning track with a 2-0 win at home. The Red-Whites are now back on top of the league table level on points with Plzeň and 10 points ahead of Sparta. 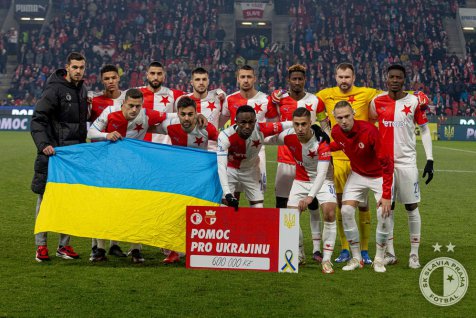 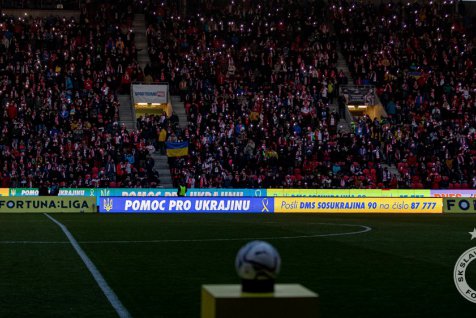 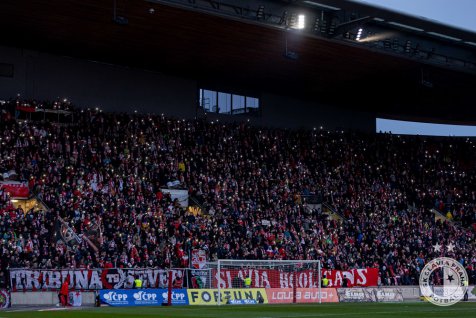 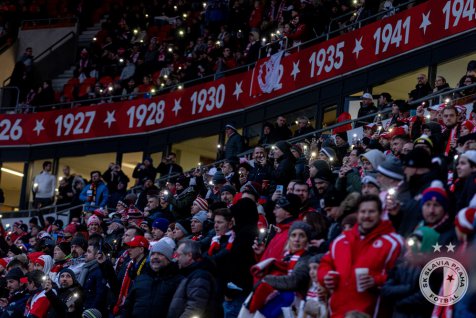 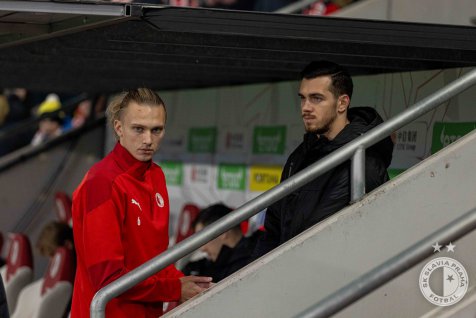 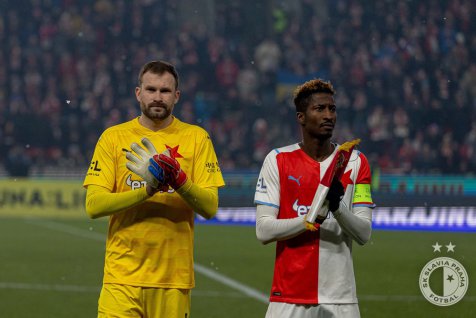