Slavia - Liberec
Goals: 43. Bah, 67. Kuchta, 81. Olayinka - 73. Stoch
Radio
Bah, Kuchta and Olayinka scored for Slavia as the Red-Whites defeated Slovan Liberec.
Manager Jindřich Trpišovský made seven changes in compare to the last match before the international break. Hromada started as centre back together with Kacharaba who returned after the head injury, Oscar Dorley completed the back four with Alexander Bah. Kuchta and Krmenčík started together in front. First big chance came after 19 minutes when Jan Matoušek got with the ball into Slavia penalty area and his good shot had t be saved by Ondřej Kolář. In the 28th minute Slavia created their first good chance to score. Nicolae Stanciu sent his corner to Alex Bah who attempted a shot which was blocked by the defence. A minute later Michael Krmenčík’s header was sent just wide. Another big opportunity to open the score came in 34th minute for the away team. After Slavia clearance the ball rebounded to Havelka and his volley missed the post close. But it was Slavia who managed to break the deadlock late in the opening half. Two minutes before the break Nico Stanciu’s beautiful long range shot from outside the box was blocked by Liberec goalkeeper but the ball rebounded to Alex Bah who reacted quickly and headed it into the net. Michael Krmenčík had several goalscoring opportunities after the 50th minute. First, his volley went just wide, a minute later Knobloch saved his powerful shot, and last his header from close range was saved by the goalkeeper again. In the 67th minute Slavia doubled their lead Michael Krmenčík latched onto a through ball on the right side, his pass found Jan Kuchta inside of the box and our forward sent the ball to the far post with a beautiful chip over the goalkeeper. Six minutes later ex-Slavia Miroslav Stoch scored for Liberec when he managed to squeeze his low shot past Kolář on the near post. But Slavia managed to react quickly and after Stanciu’s corner and Kuchta’s header Peter Olayinka scored third for the Red-Whites in the 81st minute. Slavia thus returned to winning track with a 3-1 win at home against Liberec. On Thursday, the Red-Whites play away at Maccabi Haifa in the UEFA Europa Conference League. 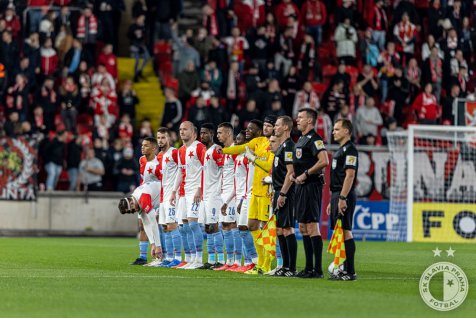 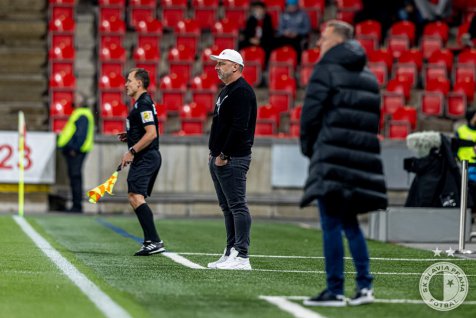 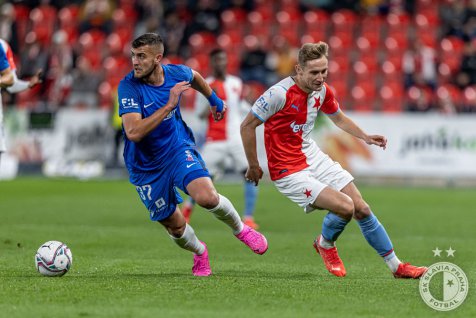 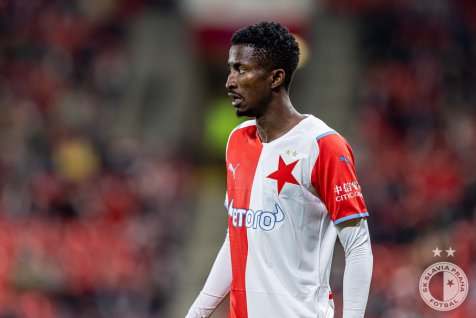 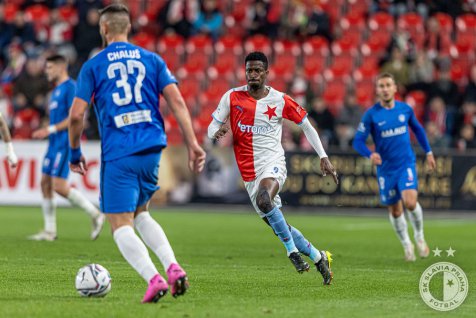 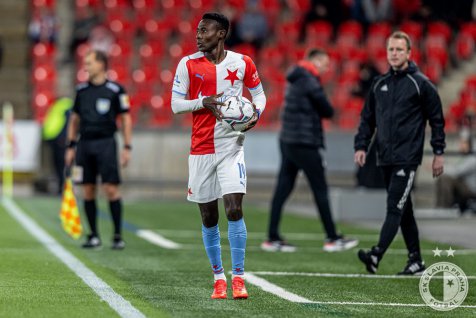