Slavia - LASK
Goals: 3. a 29. Sor, 83. Olayinka, 85. Traoré - 67. Balic
Radio
Slavia won the first leg of the Europa Conference League Round of 16 against LASK Linz 4-1 thanks to goals from Yira Sor, Peter Olayinka and Ibrahim Traoré.

Manager Jindřich Trpišovský made six changes in comparison with the Sunday’s match against Sparta. Aleš Mandous started in goal, Tomáš Holeš played alongside Aiham Ousou in centre defence. Srdjan Plavšić replaced David Jurásek on left side of defence. Mads Madsen and Maksym Taloverov started in midfield. Adam Pudil made his debut in the starting eleven as he substituted Ivan Schranz on right side of midfield.

Slavia scored the first goal in the 3rd minute! Adam Pudil started a counter-attack in the middle of the pitch when he sent the ball to Alexander Bah on the wing. He passed it to the penalty area to Yira Sor who shot into the top left corner of the goal! 1-0.

Yira Sor could have scored his second of the game in the 13th minute. Plavšić pass sent the ball to the far post but Sor could not reach it. We could see almost the same situation eight minutes later, this time Sor reached the ball but did not put enough power into his shot so the goalkeeper caught it. Madsen’s header from a corner kick went wide in the 28th minute.

Yira Sor doubled our lead in the 29th minute! Mads Madsen passed the ball behind the defence to Sor who went around the goalkeeper and sent the ball into the net! 2-0.

Nothing else happened in the first half.

The Red-whites made one change during halftime. Miloš Pudil substituted his brother Adam. Yira Sor had another big chance to score in the 50th minute. He ran at the goalkeeper while being chased by a defender but the keeper saved his shot.

Miloš Pudil was running all alone on the goal in the 59th minute. The goalkeeper came out of the penalty area and took the ball from Pudil. Alex Bah tried to shoot from long range but only hit the post! Peter Olayinka hit the crossbar just few minutes later.

In the 67th minute, our defence gave the ball away, Balic shot from long range to the far post and scored to make it 2-1.

Peter Olayinka restored our two-goal lead in the 82nd minute! Alexander Bah was in the penalty area and passed the ball to the far post to Peter Olayinka. He fired trough the defence and scored. 3-1.

Three minutes later, Stanislav Tecl’s shot was deflected by the goalkeeper to Ibrahim Traoré who headed the ball into the open net. 4-1.

Nothing else happened in the match and the Red-whites won 4-1. They will play the next game on Sunday the 13th of March. They second leg against Linz will be played on 17th March. 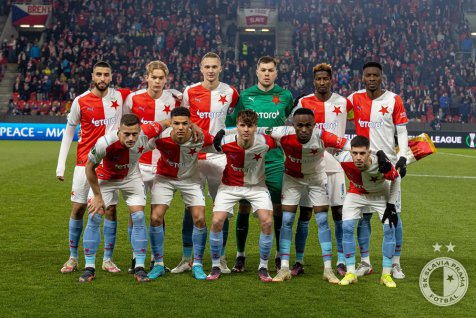 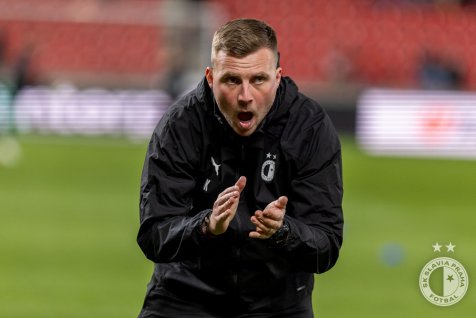 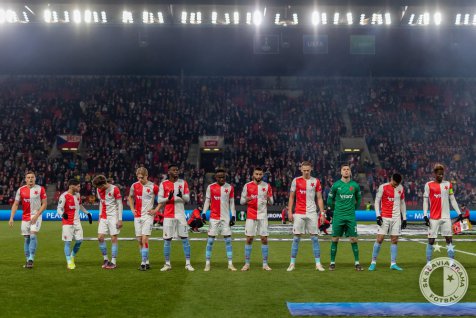 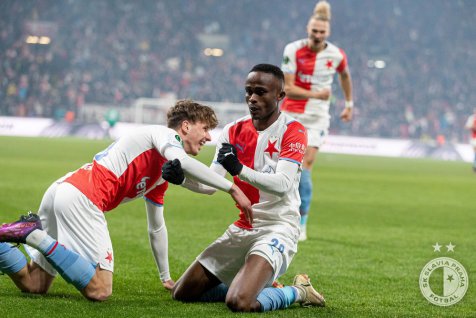 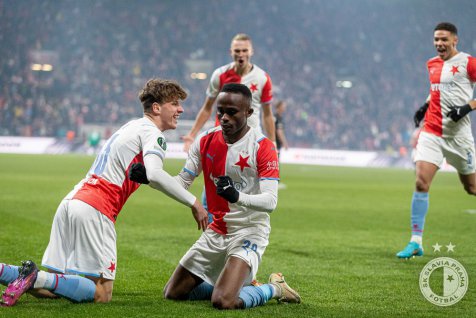 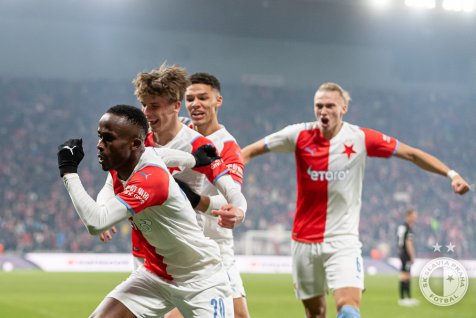