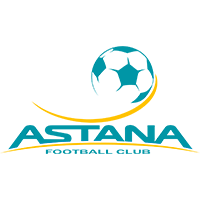 FC Astana - Slavia
Online Radio
ASTANA/ASTANA ARENA - Slavia started the Europa League game in Astana much better than the home side and took lead at minute 18. The opponent however managed to equalise in the first half and the game ended in a 1-1 draw.
Before the game Astana held an impressive series of 15 consecutive games unbeaten in European cups. On the other hand for Slavia the last victorious away game in Europe is dating back to 2007 when the red & whites beated Ajax 1-0 in Champions League qualifier.

Slavia started better under the roof of Astana Arena took lead after 18 minutes when Michael Ngadeu-Ngadjui headed his club in front from Sýkora free-kick.

Just two minutes later Twumasi showed his skills and fired a dangerous shot from behind the box, but Kovář punched his effort away.

And the same spot was hit by Stoch from a tremendous free kick after a tackle on Rotaň some 30 meters from the goal.

However, Marin Tomasov was the one to level the score after Kabananga's shot was parried by Kovář and Tomasov reached the ball in front of the goal earlier than our defenders. The score was equal again after 42 minutes.

After the break Astana set the pace and Slavia was in defence for most of the second half-time.

At minute 54 Twumasi found Maevski inside the box and the Belarussian midfielder’s shot was blocked by one of Slavia players.

Some 10 minutes later Sýkora could rebound the ball from the edge of the box but Astana goalkeeper Erić kicked the ball away.

In the last minutes Logvinenko could secure three points for Astana but headed the ball over the crossbar after Tagybergen cross.

After the 1-1 draw Slavia has 4 points in Group A and is equal with Villarreal. Astana prolonged their series to 16 home games unbeaten.