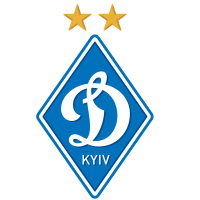 Dynamo Kyjev - Slavia
Goals: 11. Verbič, 74. Besedin
Radio
The dream of Champions League is over. Slavia lost 0-2 to Dynamo in Kyiv with one red-white goal disallowed due to offside and – on the other hand – second Dynamo goal scored from clear offside.
Dynamo started the game better and reminded Slavia fans of the disastrous starts to Champions League qualifiers last season. Juts 11 minutes into the game sent Tsygankov low cross from free kick precisely between our centre-backs and Verbić deflected the ball into the net before Kolář could reach it. Verbić thus scored his second in the games against Slavia.

Despite being 0-1 down Slavia did not give up and slowly started to set the pace of the game. Tecl headed the ball off target just few minutes after the opening goal. On the other hand, Kolář Denied Verbić in another chance when he punched away Slovenian midfielder’s volley from inside the box.

But it was the last Dynamo chance for a long time. Half an hour into the game Hušbauer missed close with his curled shot from outside the box. On 31st minute Stoch fired with his right foot but Boyko saved his deflected attempt easily.

At minute 37 Slavia could celebrate an equalizer when Ngadeu returned the ball into the box, Tecl latched onto his pass and fired the ball through Boyko, but the linesman flagged an offside by Simon Deli with some 20 seconds delay and disallowed the goal. The result was just yellow card for captain Hušbauer and reserve goalkeeper Kovář and sending Slavia assistant coach on the stands.

Before the break Slavia had two more chances to equalize, but Zmrhal missed close with his attempt and Coufal’s volley was blocked by one of the defending players.

Even in the second halftime Slavia dominated the game and did not allow Dynamo many chances. On 49th minute Stoch sent his quick free kick on Coufal’s head and our left back passed the ball to Tecl, his attempt was however blocked.

Biggest chance to equalize came on 69th minute when Sýkora sent his low cross from left side of the box, but Souček missed an open net from 4 meters, probably thanks to deflection of one of the Dynamo players.

The pivotal moments of the entire game came just 5 minutes later. In one of Dynamo counter-attacks Tsygankov sent a through pass to Besedin who stood in clear offside in the moment of the pas, but the referee let Dynamo continue the action and Besedin lobbed the ball over Kolář into the net, despite the deflection from our goalkeeper.

Dynamo then controlled their 2-0 lead and did not allow demoralised Slavia to create more chances. Shortly after his arrival on the pitch Škoda headed the ball after a corner kick but missed the post. On the other side Tsygankov could add third after a quick counter attack but fired the ball high over the crossbar.

Slavia thus lost 2-0 in Kyiv and after the 1-1 draw from the first leg lost their chance to play Champions League. We will compete in the UEFA Europa League this autumn. 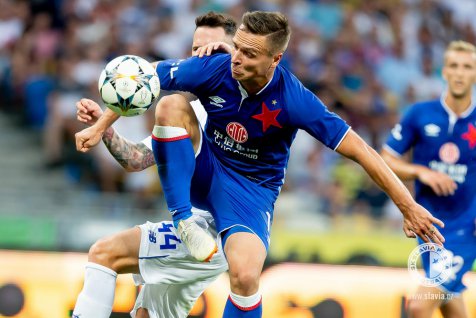 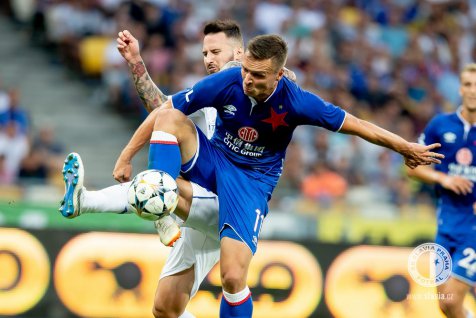 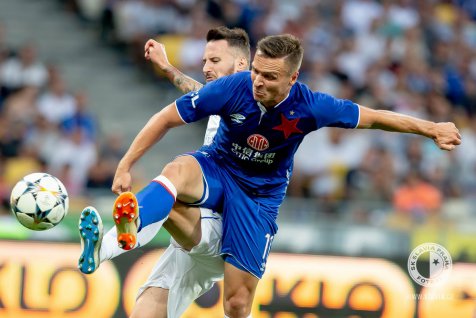 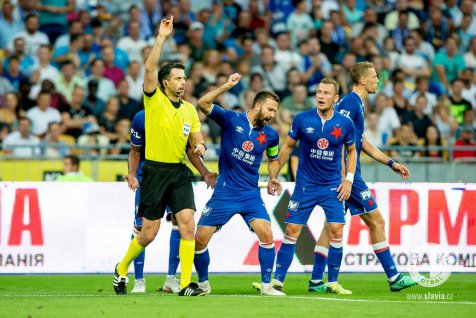 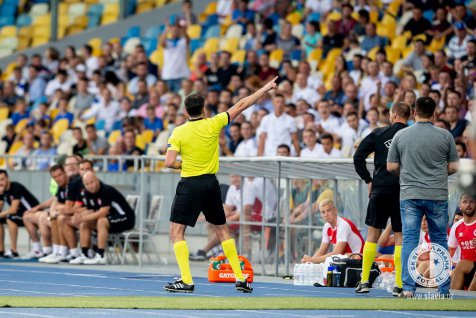 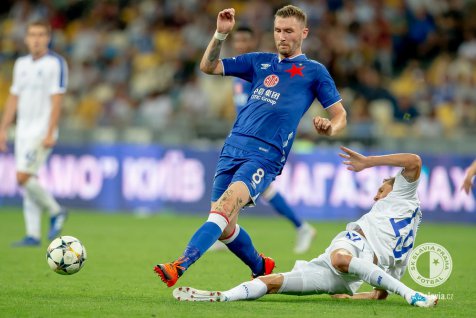