Bohemians 1905 - Slavia
Goals: 26. Souček (pen.), 45. Škoda, 78. Hušbauer
Radio
Curious penalty after VAR intervention launched Slavia win over Bohemians. Škoda and Hušbauer added two more after Souček scored from the spot to record highest away win over Bohemians since 1951.
Slavia got into the first 100% chance after 13 minutes. Coufal got long ball on the far post and sent a good cross into the box where Jan Bořil was left alone, but his header was directed just into the hands of goalkeeper Frišták.

Curious situation then came after 22 minutes. Krch pulled down Masopust inside the box after Bořil’s cross, but the referee remained silent. Bohemians launched their counter-attack and Puškáč scored after Vaníček’s cross. However, the referee returned to the previous situation with VAR, eventually disallowed goal for Bohemians and gave penalty to Slavia.

Tomáš Souček converted from the spot and it was Slavia who took one-goal lead.

At minute 35 the red-whites could add second, but beautiful shot by Miroslav Stoch from outside the box was deflected by Fryšták only to hit woodwork and bounce on the goal line.

Slavia thus doubled their lead in the added time of the first half. Coufal got the ball on the right wing, sent a decent cross in the box and Milan Škoda headed it into the bottom left corner out of the reach of Bohemians goalkeeper.

Beginning of the second half showed equal game with just a few chances. Stoch tried his luck with several blocked shots, on the other side Reiter reached the ball inside Slavia box earlier than Kolář, but his effort was blocked by Michael Ngadeu.

After 68 minutes Milan Škoda fired the ball from 50 meters after Fryšták’s clearance and the ball missed woodwork by one or two meters. Ten minutes later Slavia added third when Josef Hušbauer got a pass from Miroslav Stoch on 22 meters and his low shot found the back of the net with slight deflection by one of the defenders.

After 80 minutes Vodháněl tried his luck on the other side, but Kolář managed to block his low shot. But Slavia managed to hold Bohemians offensive at bay and recorded another big victory after 4-0 home win against Slovácko. Next game for red-whites will be Europa League Round of 16 against Sevilla on Thursday. 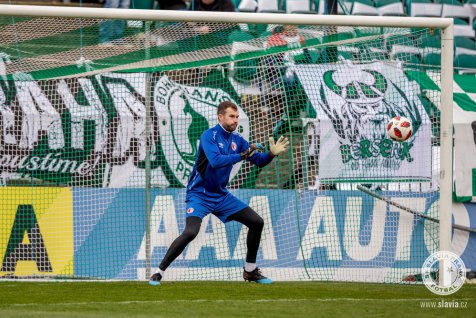 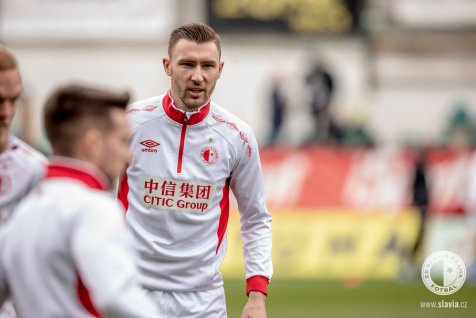 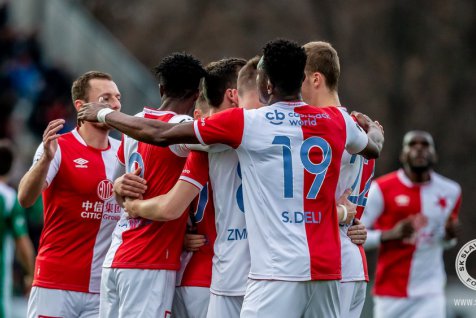 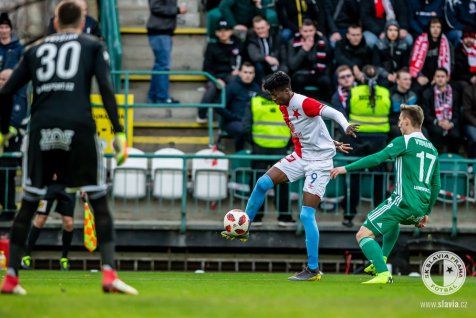 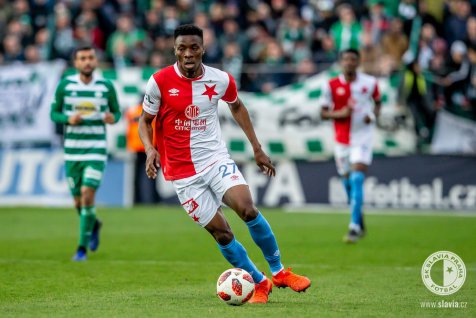 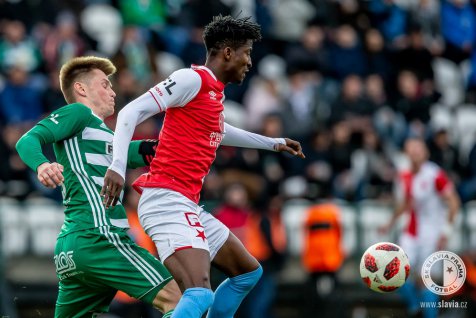