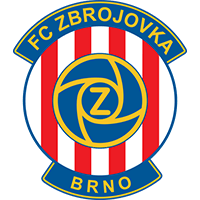 Zbrojovka Brno - Slavia
Radio
Slavia bring one point from Brno despite being down to ten men from 18th minute.
After the international break depleted Slavia went into the game against Brno with several changes in compare to the last league game against Opava. Six players were missing due to yellow cards or injuries, including Abdallah Sima, Ondřej Kúdela or Oscar Dorley. Slavia got into the first chance of the game with only 3 minutes on the clock, but Lukáš Provod’s set piece ended up in Berkovec’s gloves. Twelwe minutes into the game Masopust set up Kuchta in a clear goalscoring opportunity, but our striker headed the ball wide. In the 14th minute Holeš got enough space behind Zbrojovka penalty area, but his effort was blocked by Berkovec. In the counter-attack, however, Hladík got past Slavia defence and was tackled by Vágner outside of the box which resulted in a red card for our goalkeeper after VAR check. Slavia were down to ten men in the second straight game and Přemysl Kovář made his first start this season replacing Jakub Hromada. In the 26th minute van Buren misplaced his pass back to Kovář, Pachlopník seized the ball, went past our goalkeeper, and sent the ball to Hladík in front of an open goal. Luckily, his shot was blocked by Zima who managed to return in time. Slavia did not give up on the attack even after the red card and Provod could open the score twice from behind the box, but his first shot was blocked by Berkovec and the other one missed the left post close. First stage of the second half brought equal game with only few chances. After 58 minutes Záhumenský fired from the edge of the box and Kovář had to block his shot aimed to the top left corner. Four minutes later, on the other side, Holeš fired inside of the box after Bah’s cross, but his effort was blocked. After 76 minutes Zima was brought down inside of the box, but the referee did not point at the spot even after another VAR check. Slavia then created several chances, but Masopust missed and Provod was blocked a minute later. One minute before the full time Fila got into Slavia box, but he was denied in his chance by Kacharaba’s risky tackle. And because there were no bigger chances created on both sides, the game ended in a stalemate. For the Red-whites, it was the first league match this season in which the team failed to score. Slavia are now 37 league games unbeaten and they overcame their own record from 2017!