Slavia - Plzeň
Goals: 3. a 90. Souček, 40. Stoch (pen.), 71. Zmrhal
Radio
Another home victory against ruling champions Viktoria Plzeň lifted Slavia to the leading position of Czech league. Tomáš Souček scored twice as the red-whites won 4-0.
With two changes in compare to the game away game to Teplice started Slavia their challenge to dethrone Viktoria Plzeň from the first spot in the league. Jaromír Zmrhal started on the left wing and Simon Deli as ful-back recovering from thigh injury.

And Slavia could not start the important match better. Just 3 minutes into the game Zmrhal sent his cross from the left wing and Tomáš Souček unattended headed the ball into the net. More concerning incident for red-whites happened on 11th minute when Simon Deli had to be substituted due to restored injury and was replaced by Ondřej Kúdela.

Plzeň were losing out from the opening minutes but created two opportunities anyway. Čermák fired from outside the box but missed Kolář’ net, few minutes later couldn’t reach cross by Zeman from the left side of the box.

Pivotal moment came after 35th minute. Zeman hit Coufal’s long cross with his hand inside of the penalty area and after VAR consultation the referee pointed at the spot. Slavia captain Josef Hušbauer took the ball but was denied by Plzeň goalkeeper Kozáčik.

However, this was not all. Slavia got the blocked ball, after few seconds Roman Hubník hit Jan Sýkora with an elbow and the referee showed for another penalty. Miroslav Stoch converted from the spot on 40th minute and doubled Slavia lead. Moreover, Plzeň captain Hubník was booked for his tackle and after the second yellow card the game ended for him.

Slavia dominated the second half with one more man on the pitch and did not allow Plzeň to create any opportunity to reduce the margin. On the other hand, Stanislav Tecl scored rebounding Hušbauer’s shot, but his goal was disallowed due to ill-flagged offside by the assistant referee.

The home side thus added third after 71 minutes. Captain Josef Hušbauer sent another perfect cross into the penalty area and Jaromír Zmrhal fired the ball to the far post out of the reach of goalkeeper Kozáčik. Eight minutes later Hušbauer tried his luck from outside of the box but missed with his curled shot.

Last word thus belonged to Tomáš Souček Again. Slavia midfielder headed in low cross by Stanislav Tecl and made it 4-0 with his second of the night.

More than 17 thousand fans in packed Eden saw total destruction of ruling champions Viktoria Plzeň. After a 4-0 victory Slavia climbed to the top spot of FORTUNA:LIGA with 18 points and better score than Viktoria. 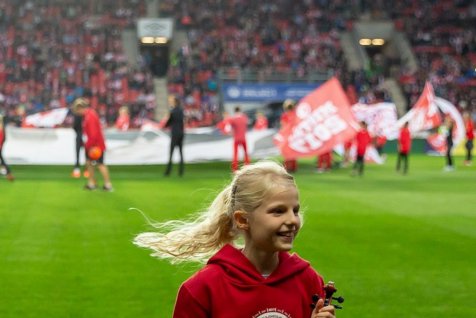 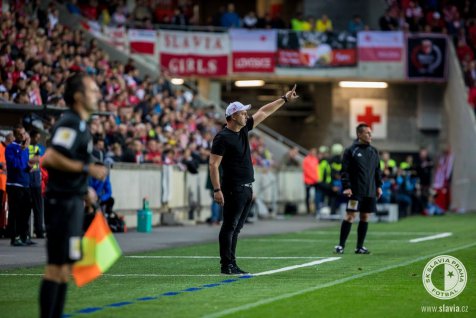 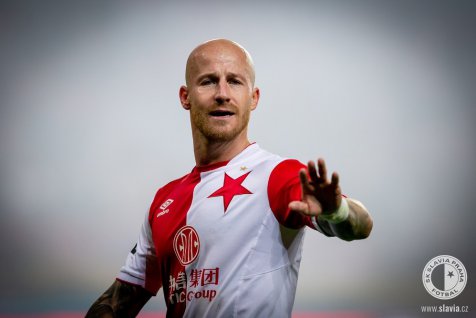 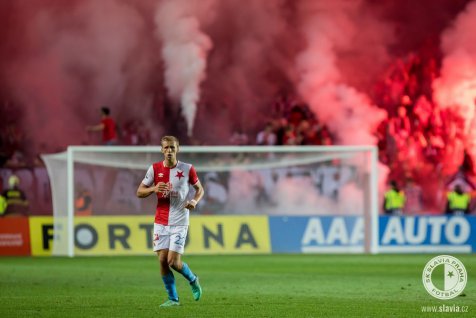 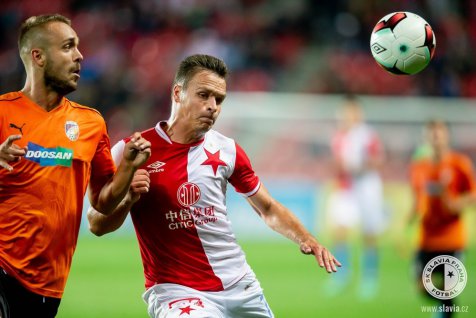 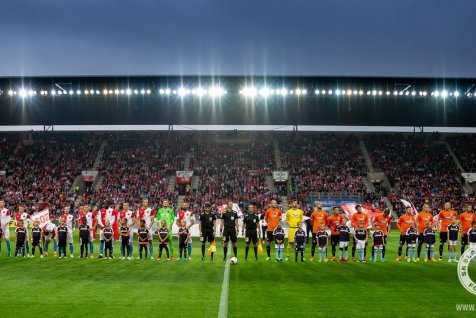