Ostrava - Slavia
Goals: 37. Souček (pen.), 78. Masopust
Radio
Slavia defeated Baník in the MOL Cup Final and lifted the Czech Cup. After winning the FORTUNA:LIGA it is the first double for the red-whites since 1942!
After a title celebration following game with the same opponent on Sunday, manager Trpišovský decided to make 4 changes into the starting eleven including striker (Škoda), both wings (Masopust and Zmrhal) and right back (Frydrych).

Slavia started better and got into their first chance just two minutes into the game when Zmrhal fired from iside the box, but his effort was blocked by falling defender.

Later, 10 minutes into the game, Bořil got enough space on left wing and sent perfect cross into the box, but Souček directed his firm header just into the gloves of goalkeeper Budinský. Baník goalkeeper also blocked Škoda’s header a minute later.

Jan Bořil got into another chance after 22 minutes following a long cross by Hušbauer. Bořil latched onto the pass, moved with the ball into the box and fired with his right foot, but Budinský denied him again with a nice flying save.

Baník did not create their first chance till 31st minute when Fillo deflected cross from right side in front of Kolář, but our goalkeeper was first on ball and his save stopped any other offensive efforts.

Slavia took deserved lead after 37 minutes. Michael Ngadeu was held inside of the penalty area, the referee blew for a penalty and Tomáš Souček converted from the spot. Shortly afterwards Baník striker Milan Baroš was shown red card on the bench for his protests following the penalty.

Slavia thus won the opening half and set the pace in the second as well. On 63rd minute the red-whites were close to their second, but Zmrhal’s effort from inside the box was blocked by one of the defenders. Five minutes later Baník had chance to equalize after a set piece, but deflected shot from the brink of the box missed our left post.

After 77 minutes Lukáš Masopust scored second after a beautiful through pass by Alex Král and Slavia could start celebrating. The red-whites did not allow Baník into any dangerous situation and managed to win the Czech Cup for the second time in a row.

After winning the Czech league on Sunday Slavia thus won the MOL Cup as well and seized their first double after 77 years! 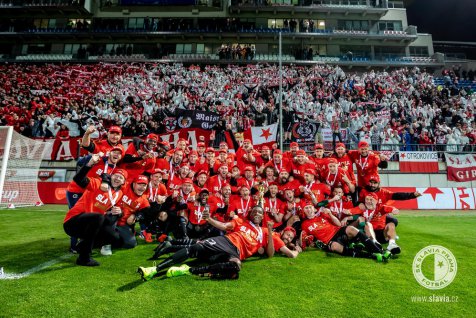 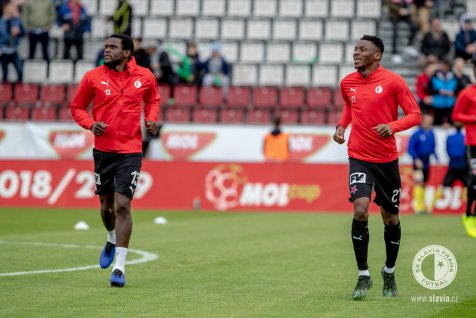 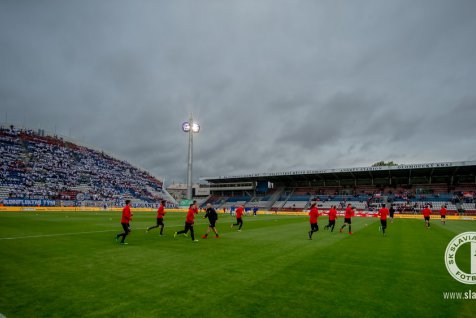 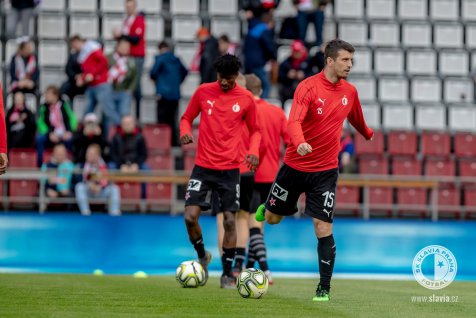 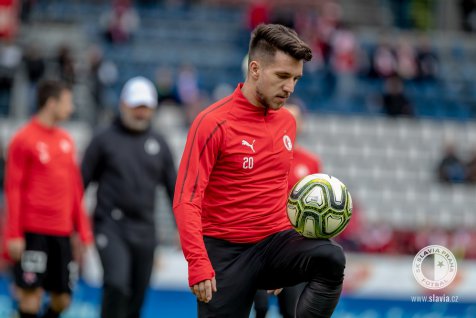 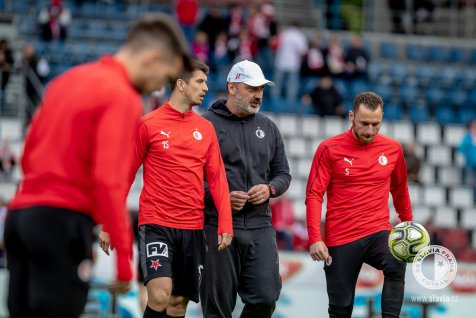