FC Panathinaikos - SK Slavia Praha
Goals: 58. Šporar - 90. Jurečka
Radio
Slavia drew 1-1 at Panathinaikos when Václav Jurečka managed to equalize in the added time. The Red-Whites go through after a 2-0 home win from the last week.
Manager Trpišovský has opted for the same line-up as in the first game at home in Prague with only one change when suspended Santos was replaced by Taras Kacharaba.

Panathinaikos however started the game much better than in Prague an only two minutes into the game Juankar outrun Slavia defence on the left wing Mandous did not reach his low cross and Šporar hit post with a sliding effort on the other side. Few minutes later the same player was close to having another shot after a similar situation, but this time missed a step to hit the ball after Holeš’ deflection of Juankar’s cross.

Slavia resisted the opening pressure and got their first chance from a set piece after 11 minutes, but Tiéhi’s effort over the wall went wide.

The home side set the pace of the game for most of the opening half and the high pressure was causing problems to Slavia build-up. In the 20th minute Cantalapiedra went through Slavia defence and fired from the edge of the box. Schranz blocked his first effort, but the ball rebounded back to the Spanish winger who fired again and Mandous had to make a superb save to block his low shot.

After half an hour Douděra won the ball on the Panathinaikos half, passed it to Traoré and received it back on the edge of the box, but fired wide. Only two minutes later Šporar got into another opportunity on the other side when he was alone behind Slavia defence after a lobbed pass, but Mandous rushed out of his goal to make another brilliant save and blocked Šporar’s shot with his legs.

After the break Slavia started in a more active way, but Panathinaikos again managed to create more chances. When after 53 minutes Vagiannidis sent a high cross from the left side of the box, Mandous managed to deflect the ball so that Šporar could not reach it on the far post. But four minutes later a similar situation worked out for the home team. Juankar got the ball behind Slavia defence on the left wing, sent a sharp coss into the box and Andraž Šporar sent the ball into an open net on the far post. 1-0.

After 69 minutes Usor and Tiéhi outplayed the home defence on the left side and passed the ball to Ševčík, but our midfielder who came on the pitch only few minutes earlier missed the left post from behind the box. In the 75th minute Oscar won the ball and sent a beautiful through pass to Usor, but his left-foot effort was deflected and missed the post.

In the 82nd minute after another free kick from the right side Olayinka appeared in a good position almost on a goal line, but his shot was blocked together by the goalkeeper and one of the defenders. Two minutes later after a free kick on the other side Mandous had to block a header which was falling into a top left corner.

Slavia slowly grew back into the game, but Panathinaikos were still dangerous, and the game has not been decided until the 7-minute added time. In the 4th minute of this added time Oscar put one of Panathinaikos defenders under pressure on the left wing, the misplaced pass to the goalkeeper was caught by Václav Jurečka who went past Brignoi and sent the ball into an open net from a wide angle.

After the initial 2-0 home win the 1-1 draw in Athens was enough for Slavia to go through to the UECL play-off. We will play against Polish runners-up Rakow Czestochowa. 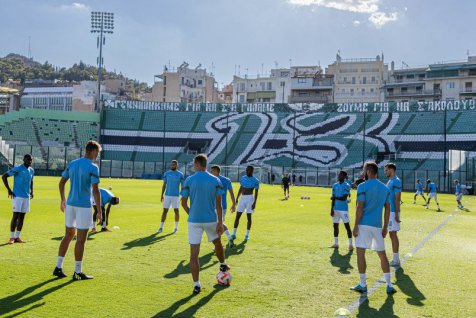 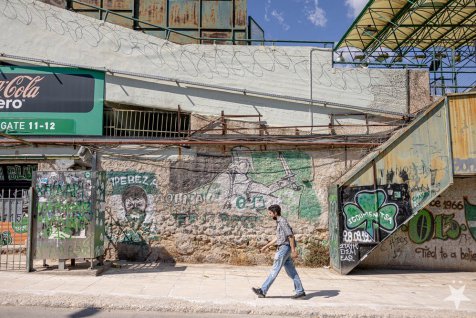 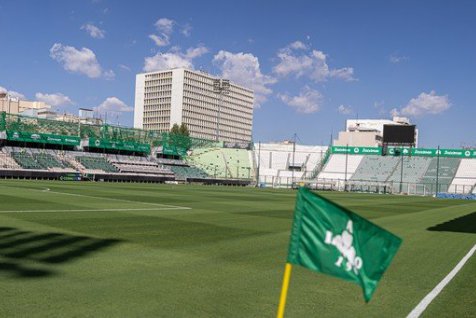 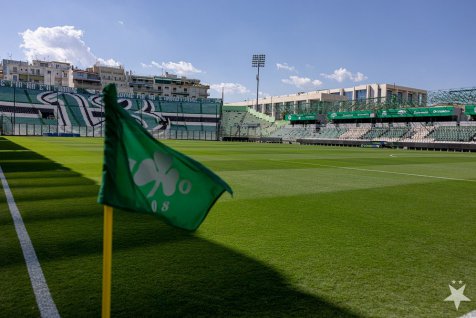 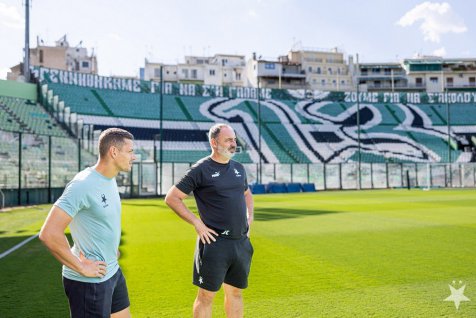 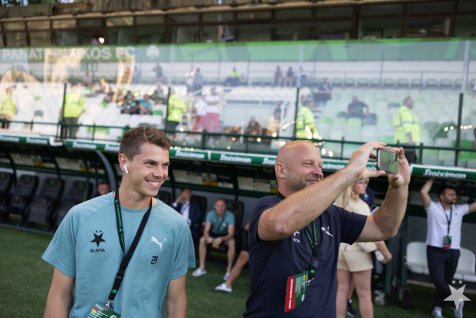