Opava - Slavia
Goals: 24. Olayinka - 90. Žídek
Radio
Slavia drew 1-1 in Opava despite the hosts being down to ten men. Peter Olayinka gave Slavia lead, Žídek equalised in added time.
Slavia could not count on several players of usual starting line-up when Traoré, Hovorka, Bořil and Hromada could not start because of health problems. On top of this, after the warm-up goalkeeper Ondřej Kolář had to be replaced by Přemysl Kovář after minor back injury.

Opening minutes saw an equal game. Zelený fired in first Slavia chance 7 minutes into the game but missed the post, Simerský tried his luck on the other side, but with similar outcome.

First pivotal moment of the game came on 12th minute. Opava Svozil pulled down Yusuf on the brink of the box, referee remained silent, but after a VAR review showed Svozil red card. SFC were thus down to ten men for more then 75 minutes. Hušbauer then fired from free kick but missed the post.

On 24th minute Slavia took lead. Souček sent a long cross to Holeš on the right wing, he passed the ball in front of an open net and Peter Olayinka opened the score. 1-0.

Slavia set the pace even after the break but could not create many chances against well-defending Opava. After 50 minutes Holeš was denied by SFC keeper Šrom with his effort, on 61st minute Šrom managed to punch away Stanciu’s free kick.

But Opava had their chances too. At minute 68 Šulc sent perfect pass to Dědič who appeared in great chance, but Slavia centre-back Ondřej Kúdela blocked is shot with perfect defensive move. On the other side Milan Škoda could add second but Šrom made another good save against his lobbed ball.

Another key moment thus came in the added time. Manzia sent a firm cross from the right win, Slavia keeper Kovář missed the ball among several other players and Žídek fired into an open net on the far post. 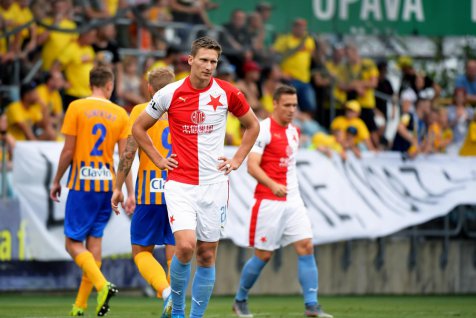 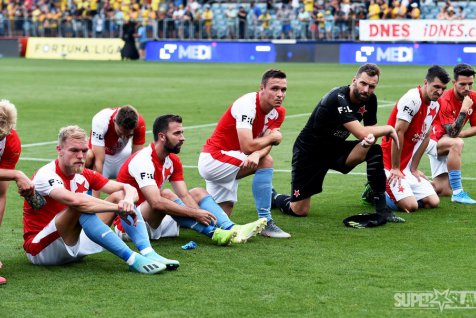 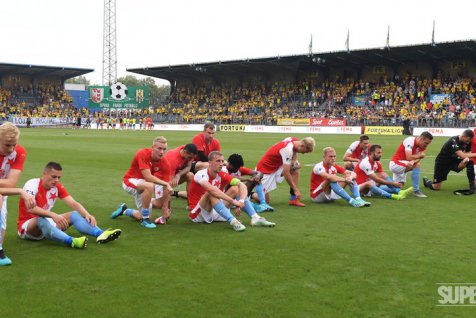 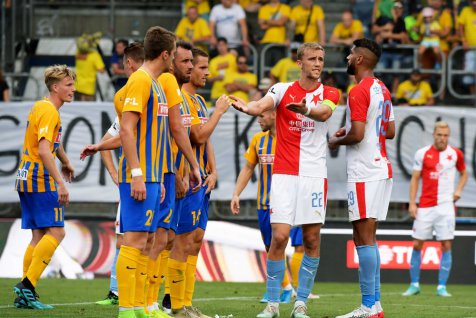 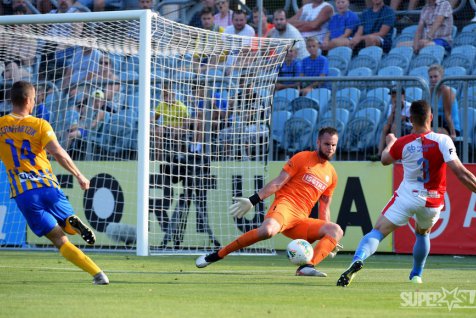 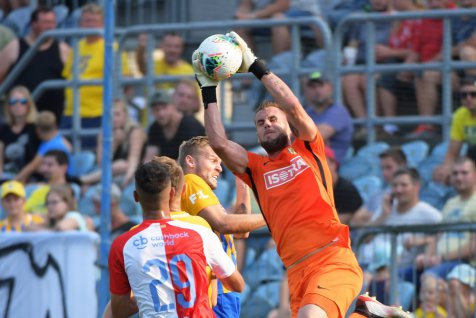