Ostrava - Slavia
Goals: 5. Sor – 32. Buchta
Radio
Slavia drew 1-1 against Baník Ostrava and with one game of the league final left lost their chances to win the fourth consecutive title.
Baník were caught napping on the very beginning of the game. With 4 minutes on the clock Traoré won the ball on the half line, set up Yira Sor with a nice through pass and former Ostrava striker surprised Laštůvka with a curled shot from behind the box. 1-0. Ostrava were dangerous after set pieces. With 24 minutes on the clock Klíma succeeded in outjumping Slavia defence after a corner and his header hit crossbar. Four minutes later following another Baník corner kick Almási outjumped Taloverov and headed on the far post, but his effort flew over the crossbar. Baník were better in this stage of the game and managed to equalize after 32 minutes. Fleišman sent a cross from the left wing, Ousou only deflected ball inside of our box and David Buchta fired the ball through Mandous. 1-1. In the 39th minute Sor was set up behind Ostrava defence, made it past Laštůvka and sent the ball into the empty net, but the goal was disallowed due to Sor’s offside. In the injury time of the first half Slavia could regain lead after a set piece, but Kacharaba headed the ball wide after a cross by Plavšić. With 20 minutes remaining from the regular time David Lischka tackled Yira Sor a meter behind the box, was given red card after a VAR check and Baník were down to ten men. Tomáš Holeš fired from the following free kick, but the shot with his right foot only hit crossbar. In the 74th minute Jindřich Trpišovský sent two forwards on the pitch – Stanislav Tecl and Daniel Fila, but Slavia failed to put Baník under pressure. In the biggest opportunity Fila headed the ball wide after Ševčík’s corner in the 90th minute. Slavia drew 1-1 against Baník in Ostrava and lost chances to win the fourth Czech title in a row. Viktoria Plzeň are 4 points ahead of the Red-Whites with just one game remaining. Slavia will host Sparta – who will finish third – in the final game of the season on Sunday. 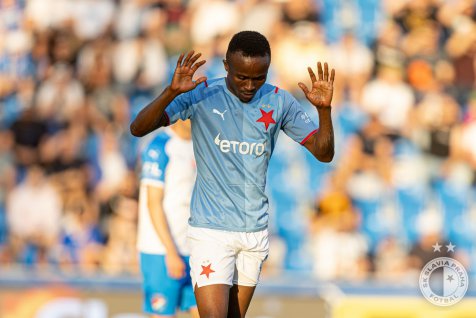 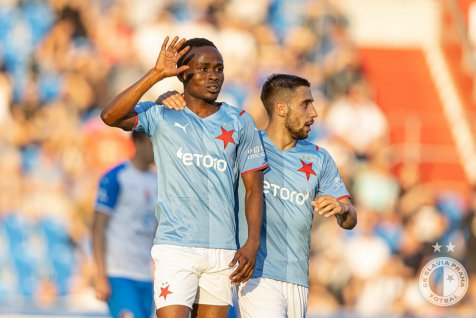 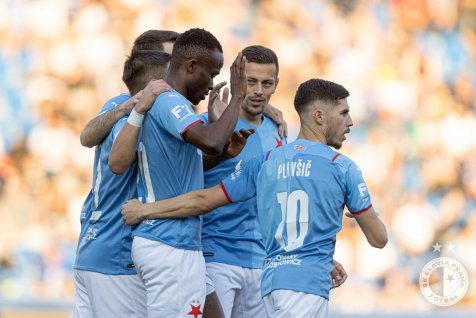 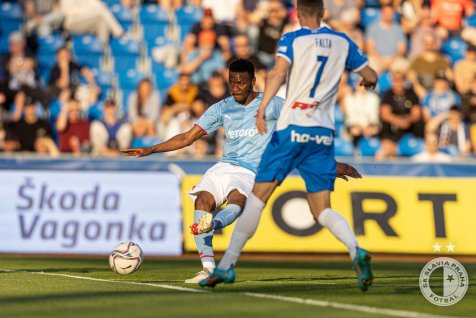 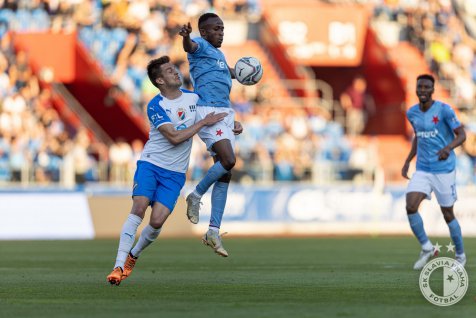 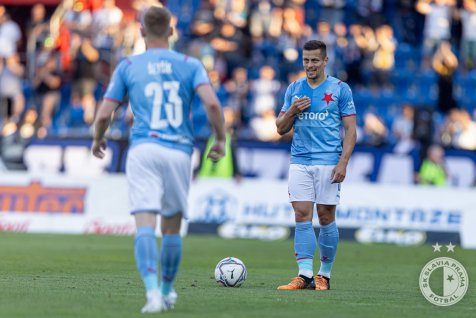