Plzeň - Slavia
Goals: 48. Lingr – 75. Chorý
Radio
Slavia drew 1-1 in Plzeň against Viktoria. Both goals were scored after the break.
Before the game Viktoria sit first on top of the league table one point ahead of Slavia. Plzeň were also unbeaten since the last mutual game at Eden in October. Both teams started the game cautiously and the first chance did not come until 17th minute when Yira Sor fired wide after Oscar’s cross. Four minutes later Lingr fired after a beautiful action on the right side, but his effort missed the left post. Slavia set the pace of the game, but more chances hasn’t come and both teams finished the opening half with zero efforts on goal. What did not happen in the first half worked out shortly after the break. Traoré sent a long pass to Bah, his cross was let through by Sor in the box and Ondřej Lingr fired the ball through Staněk. 1-0. For Lingr it was 13th league goal this season which lifted him on top of the top scorers’ table, Alexander Bah recorded his 7th assist of the season and 4th in the last 5 games. However, the momentum of the game switched after the goal and Viktoria started creating chances. Beauguel tried his luck with a bicycle kick after 58 minutes, but Kolář saved his effort. Four minutes later the ball rebounded to Havel behind Slavia box, but the home defender fired high over the crossbar. The home side managed to equalise in the 75th minute. Kalvach’s cross was deflected by Olayinka, Tomáš Chorý found space inside of the box and headed the ball into the top left corner. 1-1. The game equalised after the goal and Slavia got a chance after 85th minute when Pavel Bucha received a second yellow card and Plzeň went down to ten men, but despite a triple substitution the Red-Whites failed to score a winning goal. In the third minute of the added time Staněk made a good save against Bah’s deflected cross, a minute later Sor’s head missed the target. Slavia thus remain second, one point behind Viktoria and four points ahead of Sparta. On Thursday the Red-Whites travel to Rotterdam to play Feyenoord in the UECL quarter-final first leg. 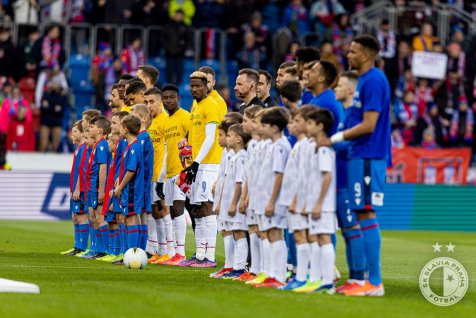 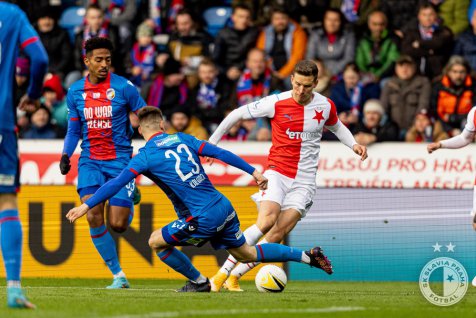 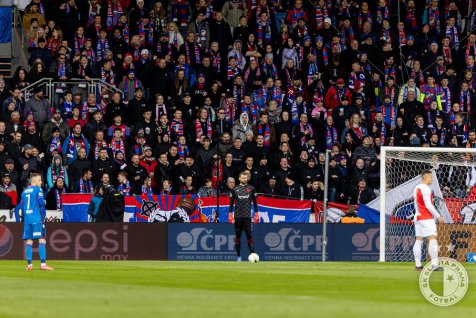 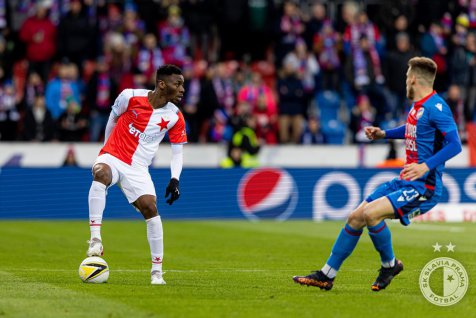 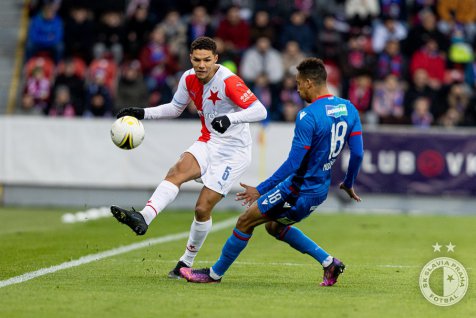 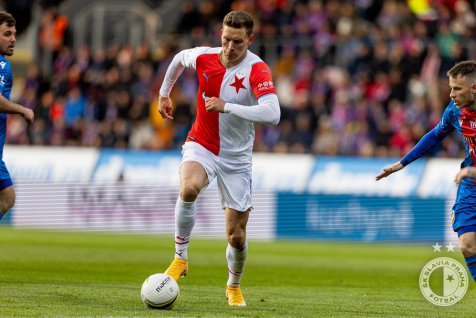