The red-whites took one-goal lead twice, but Sevilla managed to equalize by Ben Yedder and Munir.

It will be the first European quarter-final for Slavia since 1999/2000 matches with Leeds United.

Slavia were missing Vladimír Coufal on the right back and opted for unusual variable 3-5-1 formation with Kúdela, Ngadeu and Deli in front of goalkeeper Kolář. And it was Slavia goalkeeper who had to show first big save of the night after Quincy Promes’ shot from outside the box.

However, it was Slavia who could celebrate the first goal. Just 14 minutes into the game Miroslav Stoch sent a decent cross from corner kick, Škoda returned it on the far post and Michael Ngadeu found the back of the net behind Tomáš Vaclík.

Slavia managed to keep Sevilla at bay till the end of the opening half. On 30th minute Promes managed to lob Kolář only to hit woodwork of Slavia goal. But one minute before the end the same player latched onto a through pass behind our defence, Kolář was late on ball and his tackle triggered a penalty kick. Ben Yedder fired the ball on his left hand and equalized the score.

The red-whites had great start of the second half. Just a few seconds after the whistle Bořil was held in the penalty area, Slavia was given a penalty too and Tomáš Souček did not give Vaclík any chance.

But Sevilla answered for the second time. After 54 minutes Munir fired his beautiful volley from 22 meters right under the crossbar and added second for the Spaniards. Ondřej Kolář then saved Slavia with perfect flying save against Munir’s header on 85th minute.

The game thus went to extra-time after 2-2 from 1st leg in Sevilla. And on 98th minute the Spaniards took lead which secured them qualification for the quarter-finals. But Slavia did not give up and Mick van Buren added third with his cross shot shortly before the end of the first extra time and gave Slavia hope. The red-whites sill needed to add another goal though…

And the miracle became reality on 119th minute of the game. Following Zmrhal’s free kick Sevilla defenders could not clear the ball, Olayinka found Traoré inside the box and his shot ended in the net after deflection by Sevilla defender Simon Kjaer.

Slavia thus made it into the UEFA Europa League quarter-final when they came from behind in the extra time and managed to score two more goals in front of sold-out Eden Arena. The red-whites will be in European quarter-final for the first time since 1999/2000! 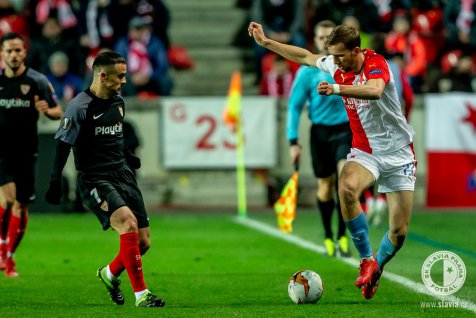 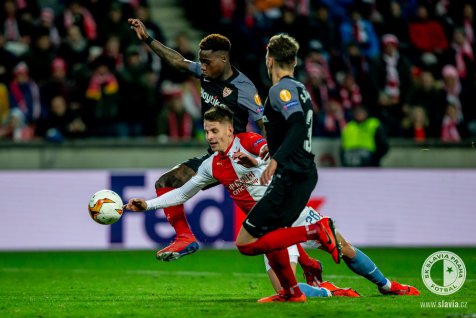 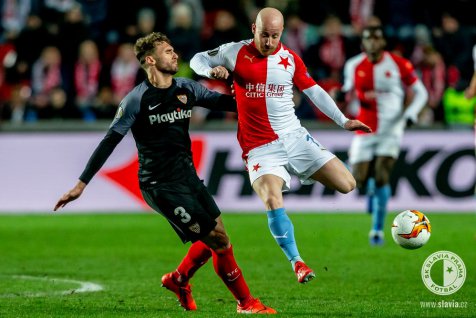 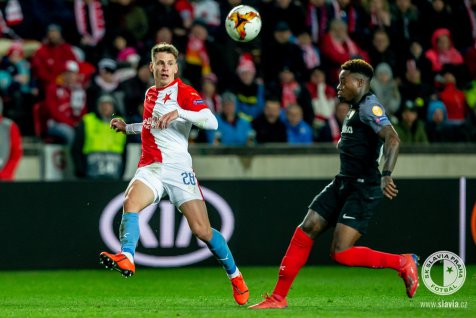 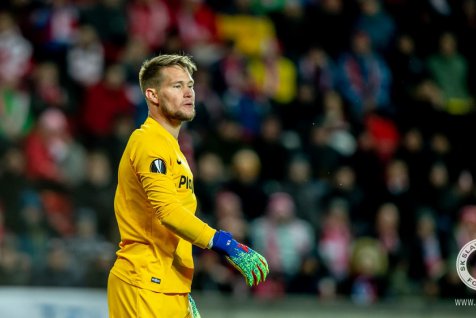 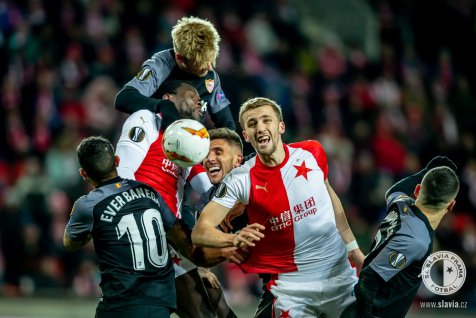