Slavia - Jablonec
Goals: 44. Doležal, 77. Holeš
Radio
Škoda´s missed penalty and Baluta´s woodwork weren´t enough to collect points against Jablonec. Slavia lost 0-2 home to the unpopular opponents and wait now more than 5 years to win against Jablonec.
Milan Škoda appeared in the starting 11 instead of Stanislav Tecl who started the Champions League qualifier in Kyiv. On the other hand – as in the last league game in Mladá Boleslavi – Romanian international Alexandru Baluta started on the right wing and Jaroslav Zelený as the left-back.

First half brought chances on both sides. After 10m minutes Stoch could run alone on the Jablonec goalkeeper in a counter-attack but Hanousek returned quickly and seized the ball by sliding tackle on the brink of the box. Hušbauer’s shot from 25 meters missed the target few minutes later and Jovovič’ cross was kicked away by Kolář on the other hand.

First complication for Slavia appeared after 17 minutes when the red & whites lost Ivorian centre-back Simon Deli after a muscle injury. Second one came shortly before the break. On 44th minute Stoch lost ball on the left wing, Jablonec right-back Holeš sent it to the penalty area and Martin Doležal headed his cross into the top corner on the near post.

Slavia improved their performance on the beginning of the second half and could equalize after 52 minutes. Škoda passed the ball to Baluta on the right wing and Romanian midfielder found Sýkora inside of the box, but Jablonec goalkeeper Hrubý saved his volley with a perfect flying save. After a corner kick one of the Jablonec defenders hit the ball with his arm behind his back but there was no penalty given after the consultation with VAR.

However, after 60 minutes there was another chance to score from the spot for Slavia after Stoch’s free kick hit Trávník’s hand inside of the box, but Milan Škoda was denied by Hrubý again who became hero of the night for Jablonec.

Slavia continued in their pressure and Baluta – playing his best game for Slavia so far – tried his luck with cross shot from an angle, but the ball was punched away by goalkeeper Hrubý.

Jablonec added their second at minute 77. Jovović run past Ngadeu on the left side and sent a high cross from the goal line, Tomáš Holeš found the ball inside of the box and headed it over Zelený to the left top corner of the net.

Jablonec Chramosta fired the ball over the crossbar in the guests’ another chance, but Slavia did not convert their chances at the end of the game. Bořil sent a low shot from outside of the box but it was saved by Hrubý as well as Škoda’s effort a minute later. In the added time Alexandru Baluta fired a beautiful shot from 30 meters and the ball lobbed Jablonec goalkeeper only to hit woodwork behind helpless Hrubý.

Slavia thus lost their first league points and left the first spot in FORTUNA:LIGA. The red-whites are now third, one point behind Sparta and 3 points behind ruling champions Viktoria Plzeň. 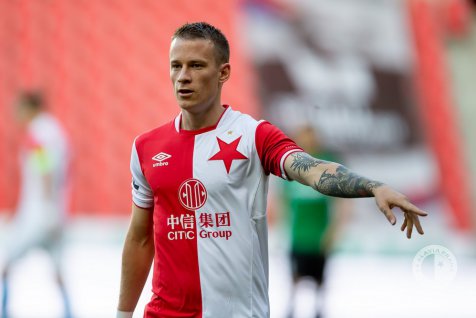 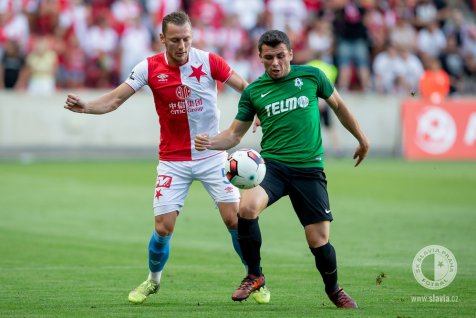 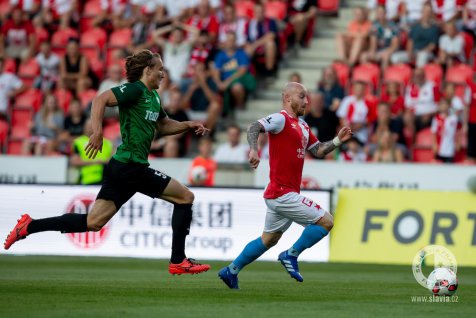 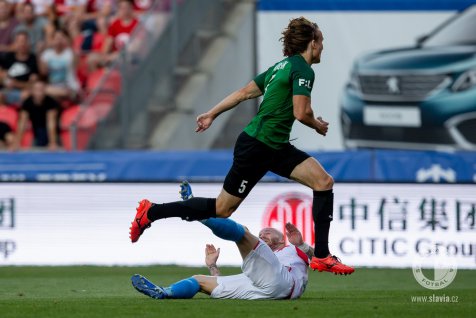 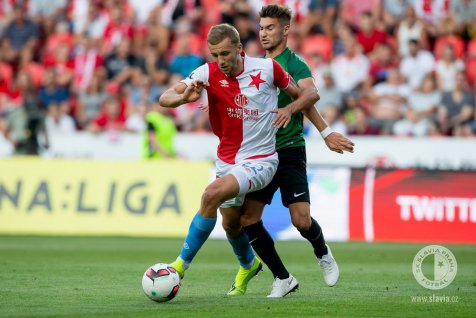 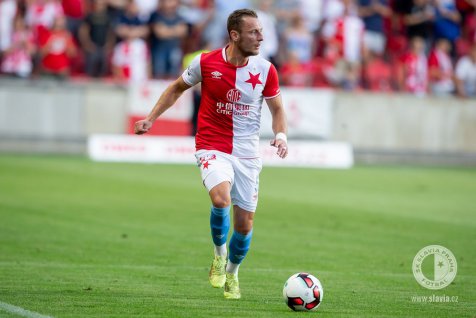