Hradec Králové - Slavia
Goals: 90. Rybička - 2. Hromada, 12. a 71. Lingr, 22. a 30. Tecl
Radio
Tecl and Lingr both scored twice as the Red-Whites defeated Hradec Králové 5-1.
Slavia started with 6 changes compared to the game against Fenerbahce on Thursday but dominated the game from opening minutes scoring two goals early in the first half. After only two minutes Jakub Hromada got enough space on the opponent’s half, fired from the edge of the box and the ball ended in the back of the net after several jumps in front of the home goalkeeper. Ten minutes later the Red-Whites doubled their lead after Jurásek set up Lingr with a beautiful long pass through the entire box and our midfielder found the back of the net on the far post. And with ten more minutes Slavia managed to score for the third time. Goalkeeper Fendrich lost the ball against Olayinka, the Nigerian midfielder set up Stanislav Tecl in front of an open goal and our forward scored his first goal of the game. Hradec made two early changes including a substitution of the goalkeeper, but in the 30th minute Slavia added fourth goal, second of the day for Stanislav Tecl, when Masopust sent a beautiful cross from a free kick and Tecl headed the ball over Hradec goalkeeper. After 34 minute Taras Kacharaba had to be substituted after an injury. He was replaced by another Ukrainian Maksym Taloverov who switched positions with Tomáš Holeš who continued as a centre-back. Hradec Králové did not get into their first bigger chance until the 40th minute, but Kubala’s effort ended over the crossbar. The second half brought less chances, but Slavia managed to score for the fifth time in the 71st minute when Lingr thumped in his second goal of the game after Madsen’s pass in a counter-attack. Hradec Králové created several good chances after the break, but the hosts did not manage to score their first goal until the added time when Kubala set up Rybička who was unattended in front of our goal and managed to fire the ball through Mandous. Slavia thus returned on top of the Czech Fortuna Liga table. Next week the highlight of the weekend will be the Prague Derby against Sparta home at Eden. 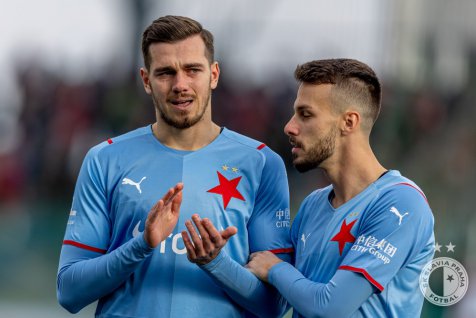 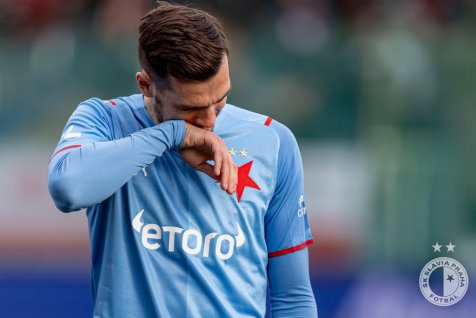 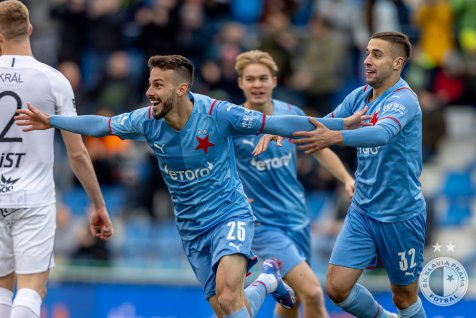 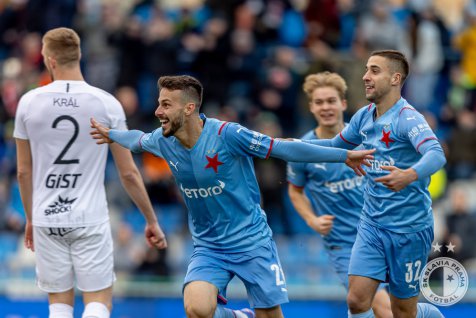 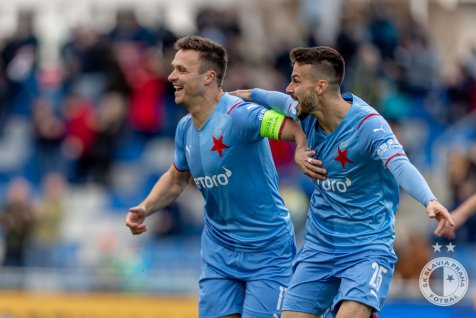 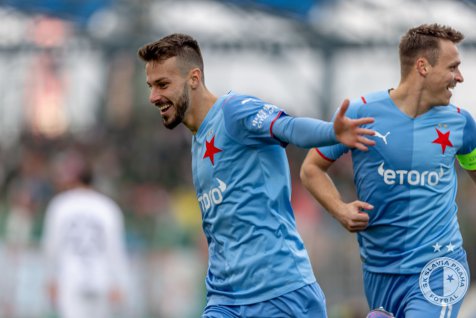