Pardubice - Slavia
Goals: 58. a 63. Krmenčík, 64. a 75. Lingr, 80. Ekpai
Radio
Slavia scored five goals in the second half against Pardubice and skipped Viktoria Plzeň on top of the league table.
Slavia started with Michael Krmenčík as a lone striker who replaced a match-winner from the last game against Haifa Jan Kuchta. Tomáš Holeš returned to the starting line-up after six games. With less than three minutes on the clock Slavia could open the score, but Aiham Ousou’s header only hit the left post after a corner by Alexander Bah and Kacharaba sent his rebound wide. Five minutes later Krmenčík set up Masopust on the left side and our midfielder could go alone on Boháč, but Pardubice goalkeeper rushed out and managed to block his effort. After some 20 minutes Pardubice raised back into the game and got a big chance to score after 30 minutes when the ball touched Kacharaba’s fingers inside of the box and after a VAR check the referee pointed to the spot. Mandous, however, showed two superb saves when he denied Jeřábek from the spot and the blocked Kostka’s rebound. With only two minutes remaining from the opening half Michael Krmenčík was alone in front of Boháč after Bah’s pass, but the home goalkeeper kicked his effort out. Only few seconds later Stanciu latched onto a through pass inside of the box, but Boháč managed to block his low ball which then then hit the near post. But the goals finally came after the break. In the 58th minute Alexander Bah set up Michael Krmenčík in front of an open net and our forward broke the deadlock. Five minutes later Slavia launched a copy & paste action when Masopust sent another pass to Krmenčík, who thumped in his second goal of the night. After another minute Lukáš Masopust set up Ondřej Lingr inside of the box and our midfielder fired the ball through Boháč for the third time. The situation for Slavia could be even better after 67th minute when Toml deflected Oscar’s cross into his own net, but the goal was disallowed due to Oscar’s offside. Ondřej Lingr became another two-goal player in the 75th minute. Nicolae Stanciu set up our midfielder on the left side of the box and Lingr scored a stunner sending the ball into the top left corner. Six minutes later Nico Stanciu sent another beautiful through pass, this time to Ubong Ekpai who went alone on Boháč and with a bit of luck fired the ball through the home goalkeeper. Ekpai could have said the last word in the game in the added time, when he sent the ball into the net on the near post, but his second strike was disallowed after a VAR check due to an offside. Slavia thus defeated Pardubice thanks to an improved performance in the second half and moved on top of the league table. After 14 games the Red-Whites are one point ahead of Viktoria Plzeň. 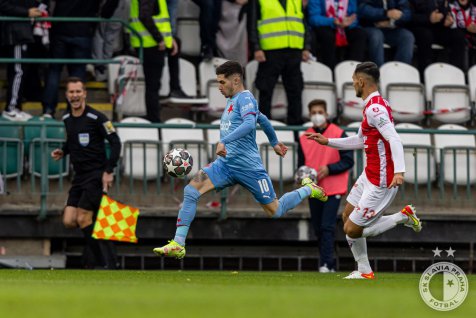 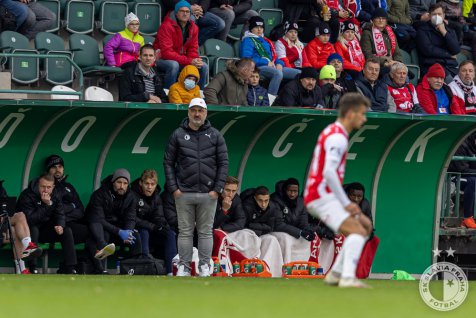 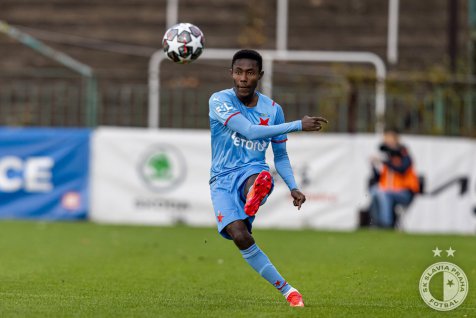 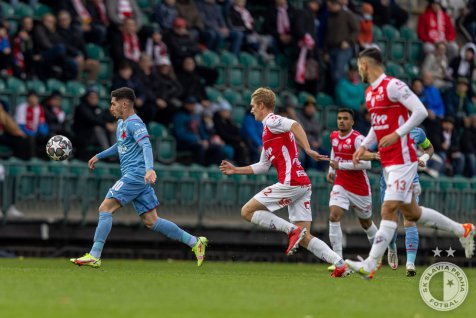 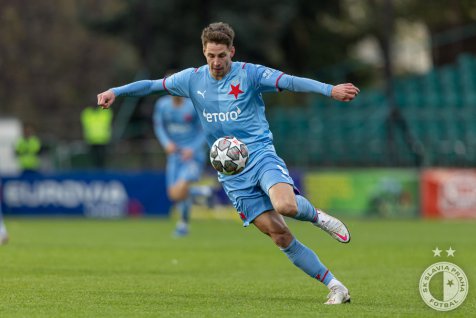 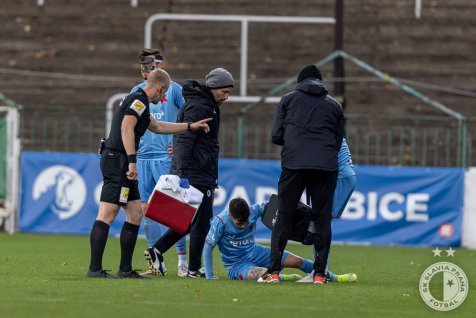