Teplice - Slavia
Goals: 52. Vondrášek – 12. Zmrhal, 20. van Buren, 44. Hušbauer, 67. Stanciu, 90. Souček
Radio
Slavia scored 5 goals against Teplice to secure their second away win. Nico Stancu scored his maiden goal for Slavia after just 5 mnutes on the pitch.
Slavia had to get along Baluta and Masopust recovering from minor injuries. On the other hand, biggest summer signing Nicolae Stanciu was ready on the bench.

Teplice got into the first chance of the game after just two minutes, but Shejbal was denied by Kolář with his long-range effort. Petr Ševčík then appeared in first Slavia chance 7 minutes into the game following deflected cross from the left wing but fired wide. Few seconds later Souček headed the ball following corner kick but missed the right post.

The red-whites took lead in 12th minute. Hušbauer’s effort was blocked but Jaromír Zmrhal was the first to seize it and sent his precise right-foot shot close to the right post. Just 8 minutes later Mick van Buren latched onto perfect pass by Ševčík behind the defence line and chipped the ball over Grigar to double Slavia lead.

Shortly before the break Slavia launched another quick action on the right wing, Ševčík passed the ball to Hušbauer and his shot bounced from woodwork into the net. 3-0 after opening 45 minutes.

Shortly after the break Teplice were down to ten men following Mareš’ elbow on Souček, but Vondrášek managed to score after 52 minutes to make it 1-3.

After 61 minutes Nico Stanciu replaced Josef Hušbauer for his first competitive match in Slavia and it took less than 6 minutes for him to score his maiden goal. On the right side of the box he got another great ball by Ševčík and fired it through Grigar. It was 4-1 and Petr Ševčík recorded his third assist of the game.

After 90 minutes Slavia added fifth by captain Tomáš Souček who headed the ball in after long cross by Jaromír Zmrhal. Slavia thus jumped to the first spot in the league table seizing 6 points from 2 away games on the beginning of the season. The red-whites play their first home game on Sinobo Stadium on Sunday, 28 July, against Sigma Olomouc. The game starts at 7 pm. 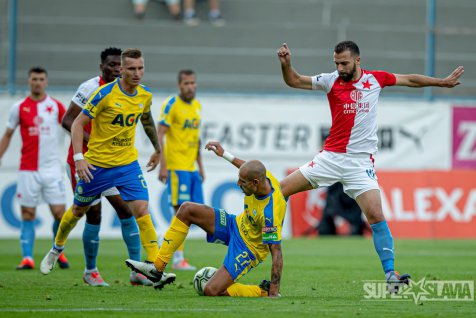 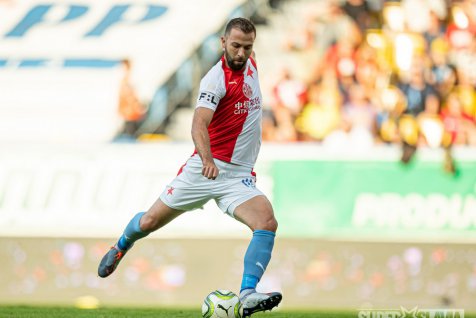 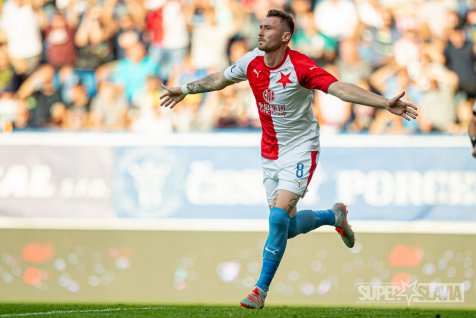 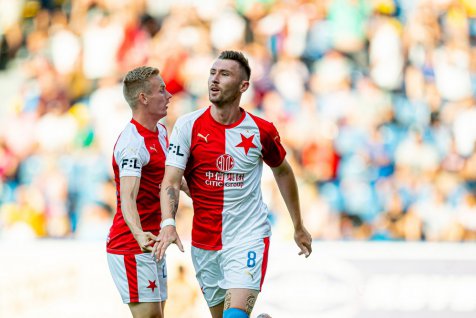 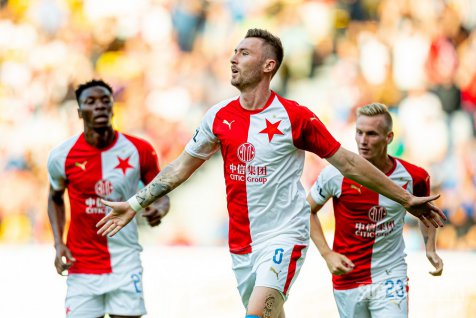