Slavia - Karviná
Goals: 13. a 32. Škoda , 66. Hušbauer, 81. Baluta
Radio
The highest win for Slavia in the opening home game in the independent Czech league and the best league start in last 24 years. Slavia beat Karviná 4-0 and lead the table with overall score 7-0 after twho games.
Manager Trpišovský decided not to change the winning line up from Olomouc with one exception – captain Milan Škoda returned as a lone striker and replaced Stanislav Tecl who started in the game against Sigma one week earlier.

Slavia showed exciting performance from the very beginning and Karviná – who had avoided relegation in the last round of 2017/18 season – could not stop their offensive combinations. Just 12 minutes into the game Tusjak tackled Vladimír Coufal inside of the box after a perfect through pass by Hušbauer and the referee blew for the penalty. Milan Škoda then fired the ball through Berkovec from the spot to score his opening goal of the season.

The red & whites continued their pressure and former Slavia goalkeeper in karviná goal Martin Berkovec had to perform two flying saves between 20th and 21st minute against long-range shots by Sýkora and Coufal. Shortly afterwards Karviná got into their only chance of the first half when Tusjak found Budínský’s head with his fast cross but Karviná forward fired the ball over crossbar.

At minute 32 Sýkora passed the ball from free-kick to Hušbauer, his cross from right wing found Škoda’s head on the far post and our captain added his second of the night.

More than 12.000 fans in Eden Arena saw the same game after the break. Slavia set the pace with Karviná defending in ten men around their own box. After 60 minutes Souček sent another through pass into the box and Zmrhal was denied by Berkovec with his left-foot shot.

At minute 66 Josef Hušbauer latched onto a free ball behind Karviná box, went pass five away players and scored on the far post from the right side of the box. On 81st minute Slavia added fourth after combination of two substitutes. Stanislav Tecl sent perfect through pass to Romanian reinforcement Alex Baluta and he fired the ball right behind the crossbar to score his maiden goal in Czech league.

Slavia won their opening home game by four goals for the first time since 1975 (6-2 against Žilina) and with 7-0 score after two games recorded the best league entry since 1994. On Friday the red & whites play another home game against league newcomers SFC Opava before starting their Champions League qualifiers home against Dynamo Kyiv. 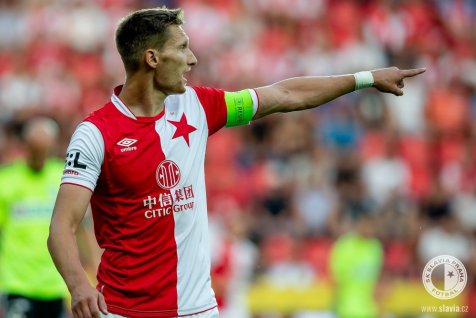 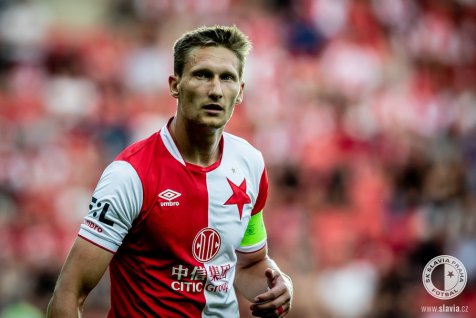 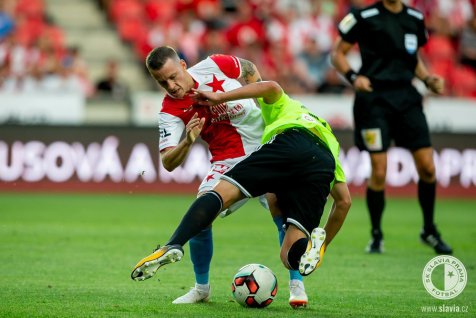 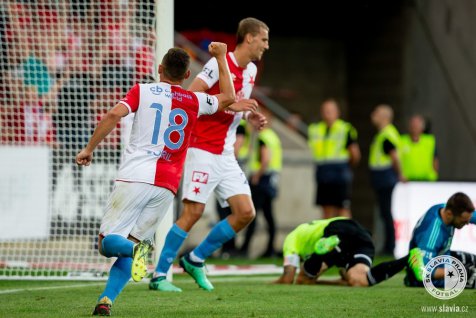 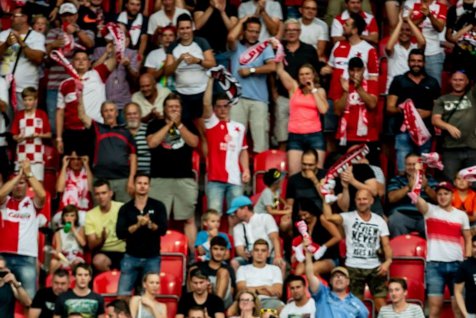 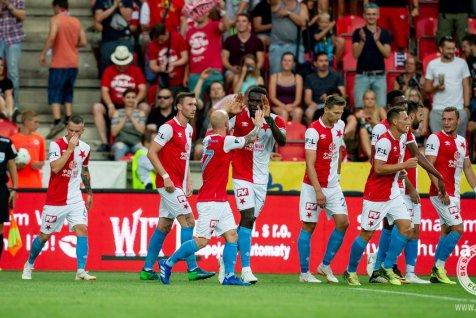