Slavia - Slovácko
Goals: 26. Škoda, 40. Masopust, 57. Hušbauer, 76. Souček
Radio
Important win over Slovácko came just 4 days after difficult game in Genk. Slavia scored 4 goals against practically harmless opponent and sit on top of the league.
Manager Jindřich Trpišovský has made 3 changes in compare to the successful line-up in Genk. Due to minor injuries were missing Jan Bořil on the left-back and Jaromír Zmrhal with Ibrahim Traore in the midfield. Bořil was replaced by Zelený, Hušbauer and Stoch started in midfield.

Slavia set the pace from the very beginning and created first chances. Just 2 minutes into the game Škoda headed the ball into Trmal’s gloves, but Slovácko had their opportunities as well. At minute 16 Kolář had to punch away Janošek’s header with good flying save.

But the red-whites broke the deadlock after 26 minutes. Masopust’ cross from the right wing was blocked, but Milan Škoda found the ball on the brink of the box and with Daniček’s deflection opened the score.

After half an hour Coufal could add second after nice individual action by Zelený on the left wing, but his effort on the far post was far from perfect and the ball was blocked by one of Slovácko defenders. Slavia thus added second goal of the night after a quick counter-attack on 40th minute. Škoda left the long through pass to Stoch and his cross from the left wing found Lukáš Masopust inside of the box. His volley meant not only 2-0 lead, but also his maiden league goal in red-white.

Slavia added two more in the second half. On 57th minute Stoch passed the ball to Josef Hušbauer on the right side of the box and our midfielder found the back of the net with his firm left-foot cross-shot. At minute 76 Tomáš Souček added fourth when he rebounded Baluta’s shot into an open net after the ball was blocked by goalkeeper Trmal.

Clear victory could be even higher, but Milan Škoda missed wide from the spot 2 minutes before the last goal after VAR confirmed penalty for tackle on Tomáš Souček.

Slavia seized important 3 points after their loss to Viktoria Plzeň last week. The red-whites are now on top of the league 3 points ahead of Viktoria. In less than 2 weeks they will face Sevilla FC in the UEFA Europa League Round of 16. 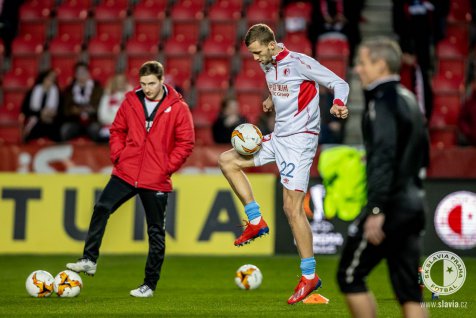 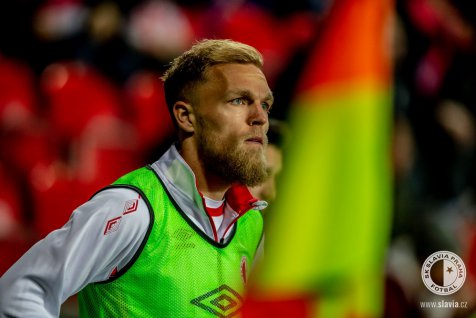 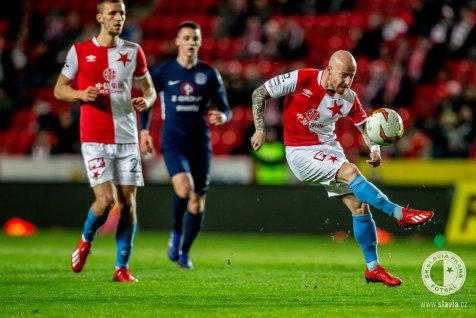 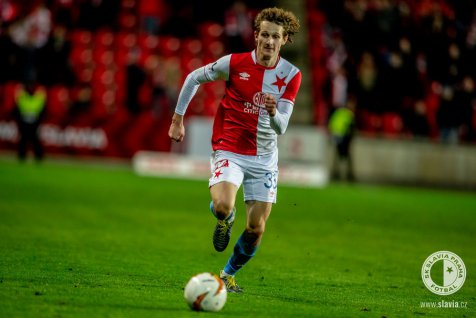 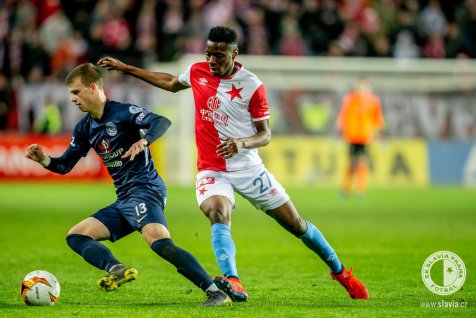 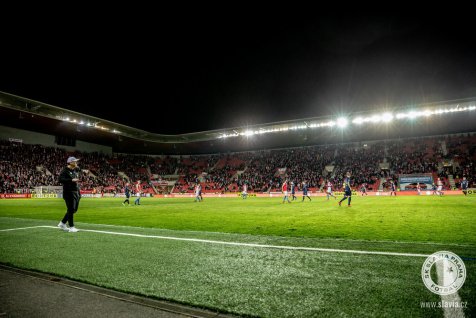