SK Slavia Praha - FK Pardubice
Goals: 35. Douděra, 40, 49 a 58. Tecl, 77. Lingr, 79. a 89. Usor
Radio
After the narrow loss against Rakow in the UECL Slavia played Pardubice at home who manged to defeat the table-leaders Liberec in the last round. Compared to the line-up in Czestochowa Jindřich Trpišovský made 7 changes for the following game. Petr Ševčík started to his 100th game for Slavia, Ibrahim Traoré to his 150th In the Czech top division.

Slavia set the pace of the game from the very beginning, but the fans had to wait 19 minutes for the opening chance. David Jurásek sent a long cross to Tomáš Holeš, he returned the ball in front of the net, but Taras Kacharaba’s effort was blocked by one of the guests.

In the 31st minute Eden could celebrate for the first time. David Jurásek sent another cross from the left side, found David Douděra unattended on the far post and he scored his first goal of the season. Nine minutes later Ševčík set up Masopust inside of the box, he passed the ball to Stanislav Tecl and our striker doubled the lead.

Shortly before the half-time Hranáč held Ševčík on the half of the pitch, saw his second yellow card and Pardubice went down to ten men.

After the break Sanislav Tecl scored his second after another pass by Masopust in the 49th minute, only 9 minutes later he finished his hat-trick being set up by Ousou’s lob and squeezing the ball between Budinský and the right post.

But there were three more goal waiting for the 13 thousand fans at Fortuna Arena. After 77 minutes Ondřej Lingr – who came from the bench to make his 100th appearance for the Red-Whites – succeeded face-to-face with Budinský after Doděra’s precise volley pass.

Only two minutes later Matěj Jurásek went through into the box and set up Moses Usor fired the ball through Budinský. In the 89th minute then Marek Icha sent a beautiful long through pass to Usor again, the Nigerian froward went past two defenders and sent the ball past Pardubice goalkeeper for the seventh times.

Beating Pardubice 7-0 Slavia recorded their biggest home win since 2002/03 7-0 win over Baník Ostrava. The next game will be played at Fortuna Arena again on Thursday and the Red-Whites will host Rakow in the UECL play-off second round. 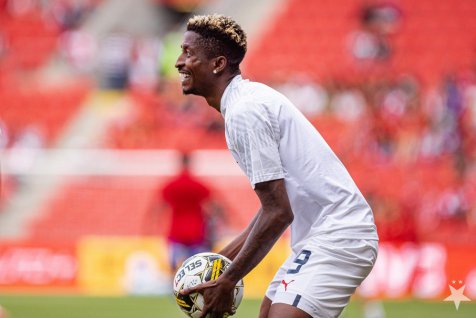 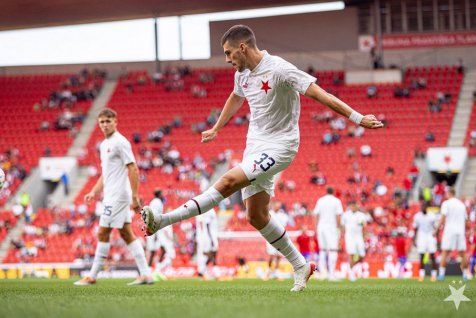 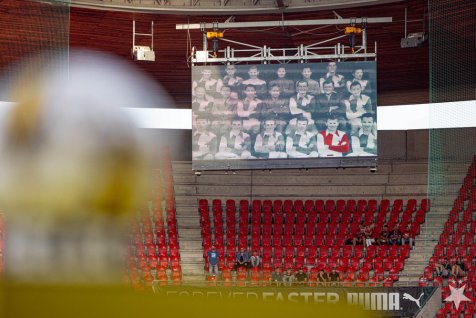 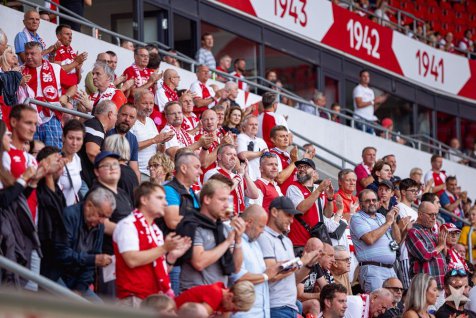 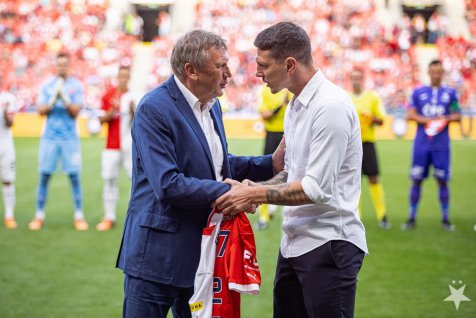 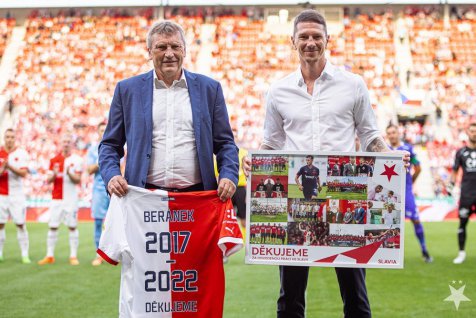