Ostrava - Slavia
Goals: 90. Buchta – 13. Zima, 43. Bořil, 90+3. Musa
Radio
Slavia won 3-1 in Ostrava in the first game of Champions Group. Zima and Bořil gave us lead in the opening half, Musa scored in the added time.
Manager Trpišovský could not count on Ondřej Kúdela who was regular starter on centre-back in previous games. Ex-Baník Michal Frydrych replaced him alongside young David Zima. Stanislav Tecl returned to the starting line-up as Petar Musa remained on the bench.

Baník recorded the first chance fifty seconds int the game when Lalkovič got enough space on the centre of the pitch, but Kolář saved his shot from behind the box.

But Slavia got into much bigger opportunity just a minute later. Coufal sent through pass to Tecl whose effort was punched away by goalkeeper Laštůvka, the ball rebounded to Holeš, but his shot was blocked too.

Slavia took lead 14 minutes into the game. Petr Ševčík sent sharp low cross from corner and David Zima fired the ball into the net. It was maiden goal in red and white for 19-year old centre-back.

Slavia set the pace in the opening part of the game. In 21st minute Ševčík sent another dangerous cross in the box and Holeš headed between two defenders, but the ball was directed next to the right post. Five minutes later Fleišman tried his luck from 25 metres on the other side but Kolář saved his low effort.

Half an hour into the game Ondřej Kolář performed another great save when Potočný headed the ball inside of the box and our goalkeeper had to block his effort on the goal line.

Shortly before the break the red and whites doubled their lead. After a combination on the right side, Nicolae Stanciu sent fantastic cross into the box and Slavia captain Jan Bořil found the back of the net with his head to make it 2-0.

In the second half both teams had to wait for the opening chance until the 62nd minute. After Slavia counter attack Masopust sent good cross into the box and Tecl fired the ball through Laštůvka, but his goal was disallowed due to offside.

Six minutes later the ball rebounded to Lukáš Masopust on Baník half and our midfielder could go alone on the home goal, but Jan Laštůvka managed to kick his effort away. Few minutes later the same player could fire after Stanciu’s pass, but Laštůvka blocked his shot again.

In the last minute Baník became more active and gained possession, but Slavia stood up to their pressure until the 90th minute. Buchta latched onto a long cross, rounded Kolář and sent the ball into an open net.

It was 1-2 and Baník were ready to put even more pressure on Slavia, but in the third minute of the added time, Petar Musa secured our win after a nice cross by Oscar Dorley.

Slavia won their first game of the Champions Group 3-1 against Baník Ostrava. It was first Slavia victory in Ostrava since August 2015. On Wednesday we play home against Viktoria Plzeň in the key game of the league finale. 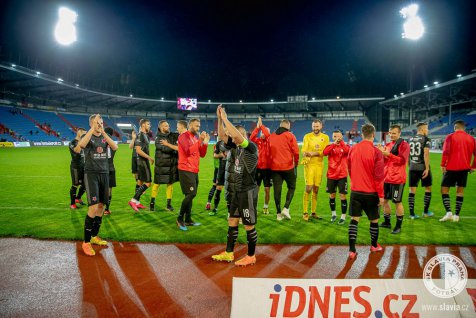 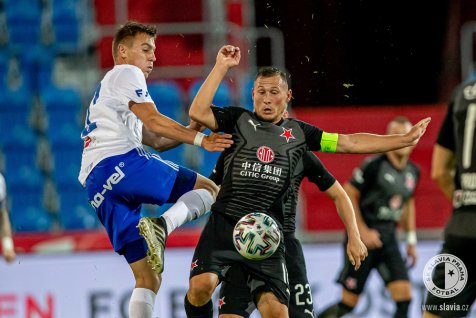 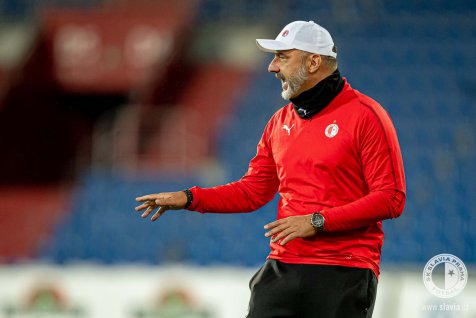 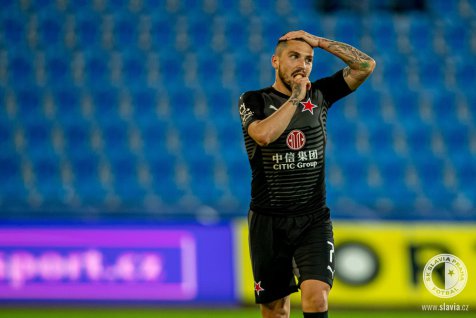 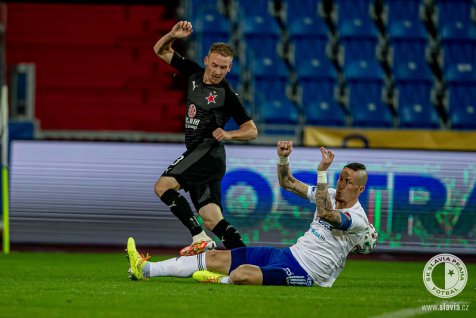 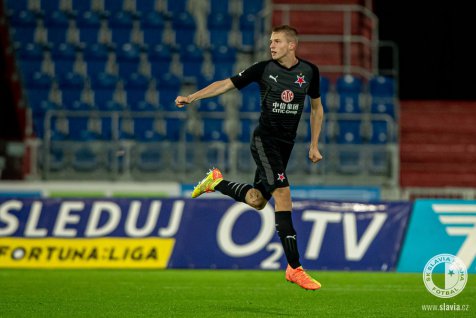