Teplice - Slavia
Goals: 14. Tecl, 34. Kúdela, 59. Sýkora
Radio
After two games without goal Slavia needed to improve their effectivity in Teplice to keep up with the top of league table. Tecl and Kúdela opened the score in the first half and Sýkora added third after the break to gain confidence for red-whites before the important game against Plzeň.
Due to 9 players missing after injuries manager Trpišovský had to improvise in the back line with Ondřej Kúdela appearing for the first time in season and young Slavia-raised midfielder Matěj Valenta on the bench.

Slavia started better and Tecl headed after Stoch’s cross just to be denied by Grigar in the first Slavia chance. But after 14 minutes the red-whites could celebrate for the first time. Hušbauer passed the ball to Bořil on the left wing, his cross found Tecl’s head again and Slavia forward scored his second this season.

Just few minutes later Kúdela stole the ball from Teplice player and sent a through pass to Tecl, our forward jinked past one of the defenders and goalkeeper but his effort was blocked by Jeřábek on the goal line.

On 34th minute Josef Hušbauer sent a firm cross from the corner and Ondřej Kúdela headed it into the net on the far post. Slavia was 2-0 up in the half-time.

The red-whites continued in their performance in the second half and added third at minute 59. Jan Bořil sent his long pass across the pitch to Coufal, he passed the ball behind to Jan Sýkora and our midfielder converted from inside the box.

After 84 minute 18-year old midfielder Matěj Valenta replaced Alex Baluta on the pitch to record his maiden start in the Czech top flight.

After defeats from Dynamo Kyiv and Jablonec Slavia thus won 3-0 in Teplice and remain on the 2nd place in the Czech league. On Saturday 1st September the red-whites host Viktoria Plzeň in the game between leaders and runners-up of the FORTUNA:LIGA. 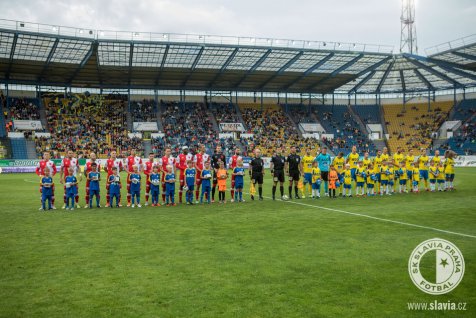 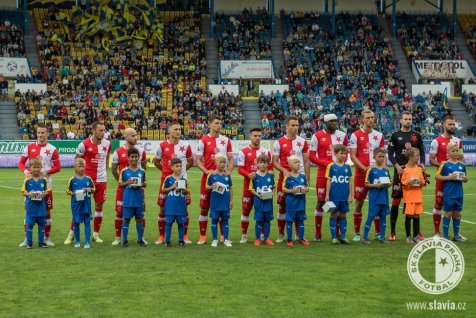 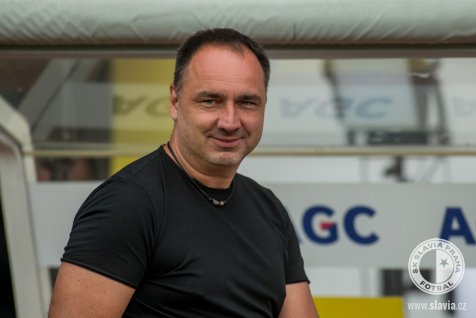 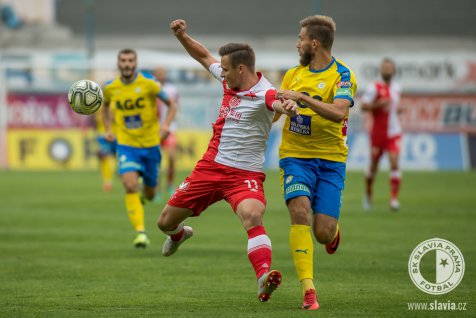 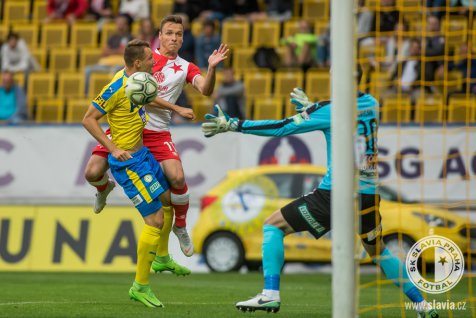 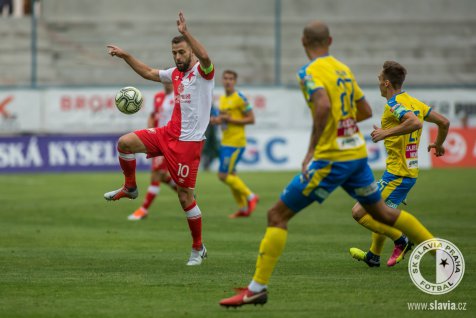