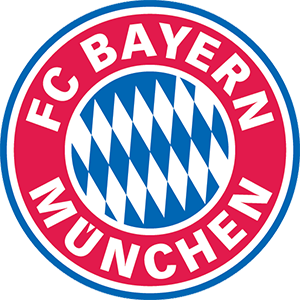 Bayern Mnichov - Slavia
Goals: 41. a 55. Islacker, 24. Rolfö, 33. Leupolz, 83. Roord - 77. Svitková
After promising 1-1 result from Eden Slavia Ladies lost 1-5 to Bayern away.
Bayern started better and set the pace of the second mutual game, but they did not get into bigger chances as Slavia defence managed to block most attempts in front of Votíková’s goal. Slavia got into their first chance after a corner kick, but the cross was too long for offensive players in red-white.

The corner kicks decided on the other side. After 24 minutes Rolfö gave Bayern their desired lead, eight minutes later Leupolz latched onto a blocked attempt and added second of the night.

Svitková could then score for Slavia but goalkeeper Zinsberger blocked her attempt in a 100% chance, but it was Bayern who added third of the night before the break by Islacker.

Slavia came with offensive play and high pressing into the second half with Bayern waiting for their mistakes. After 55 minutes Islacker added fourth for the home side after a quick counter-attack which gave Bayern confidence.

The red-whites managed to lower the score on 77th minute when Dubcová hit the post and Kateřina Svitková rebounded the ball into the net. It was second goal for Svitková in both legs against Bayern. The German side than found the back of the net for the fifth time by Roord.

Slavia Ladies thus ended their UWCL journey in quarter-final against Bayern. The German side will play FCB Femení in semi-final.