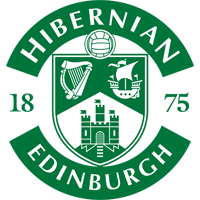 Hibernian - Slavia
Goals: 2. Hunter – 36., 40. a 74. Kožárová, 42. Jarchovská
Slavia Ladies defeated Hibernian Ladies 4-1 away and made an important step to qualify for the Round of 16. Second Leg will be played on 25 September.
18-year old Olivie Lukášová replaced Votíková behind the bars and became one of the youngest keepers to start in Women’s Champions League.

Slavia were one goal down just two minutes into the game after Hunter scored following a corner.

Eventually the red-whites managed to equalise on 36th minute by Tereza Kožárová.

It took less than 5 minutes for Kožárová to score her second of the night and give Slavia deserved lead.

Shortly before the break, Jarchovská added third with a beautiful effort from outside the box.

Slavia set the pace of the second half and Kožárová completed hat-trick on 75th minute.

Second Leg will be played in Prague at Sinobo Stadium on Wednesday 25 September. KO at 6:30 pm.