Sparta - Slavia
Goals: 43. Haraslín
Radio
Slavia suffered narrow loss in the 300th Prague Derby. The 0-1 defeat ended our 54-game long unbeaten run in the Czech league.
Slavia started to the 300th Prague Derby with five changes in compare to the last game against Feyenoord on Thursday and the first big chance of the game came in the 14th minute after a long throw-in when Jan Kuchta went past Panák inside of Sparta Box and goalkeeper Nita had to block his shot from close distance. The ball then rebounded to Ondřej Linger who, unfortunately, fired wide in front of half-empty goal. Five minutes later Slavia were close to scoring again after a superb solo action by Petr Ševčík who went past three players inside of the box, but his effort only hit Lukáš Masopust in front of him and the ball ended behind the goal line far from Sparta goal. In the 28th minute Sparta created their first opportunity when Pešek passed the ball to Haraslín from a free kick and Haraslín’s cross-shot had to be blocked by one of the defenders. Five minutes later it was Pešek who outrun his defender on the right side, but Mandous – who started to his first Prague Derby – was quick on the ground to block his effort. First Trouble for Slavia came after 41 minutes when Ousou tackled Haraslín on the edge of the box, saw his second yellow card and the Red-Whites went down to ten men. Second blow came right from the following free kick. Lukáš Haraslín’s effort was deflected by the wall and Mandous could not react. 1-0. In the 44th minute Haraslín got into yet another chance and the ball then rebounded to Minchev in front of Mandous, but Slavia goalkeeper rushed out to seize the ball and saved Slavia from conceding for the second time. Nicolae Stanciu replaced Daniel Samek for the second half and Lukáš Masopust stood next to Tomáš Holeš as centre-back. Less than a minute after the break Hložek prolonged a throw-in to Haraslín, but Mandous managed to save his volley. After 50 minutes it was Stanciu who could equalize for Slavia, but well-placed effort from behind the box was punched over the crossbar by Nita. The second half showed an equal game and neither Slavia – who needed an equalizer – nor Sparta – playing against ten men – managed to create a constant pressure. In the 59th minute Hložek and Haraslín launched a quick counter-attack after a mistake in Slavia build-up, but failed to send an effort on goal after several passes in the box. Despite several substitutions Slavia could not create better chances. In the 88th minute Michael Krmenčík headed wide after a cross from the right wing, David Pavelka – on the other side – fired next to the left post. Slavia thus lost their first Prague Derby since March 2016. The defeat also ended Slavia 54-game long unbeaten serie in the Czech league. 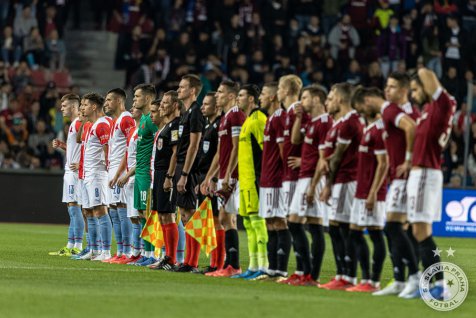 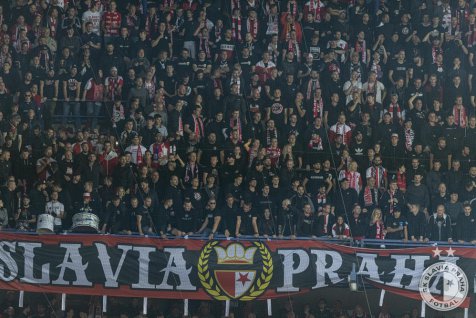 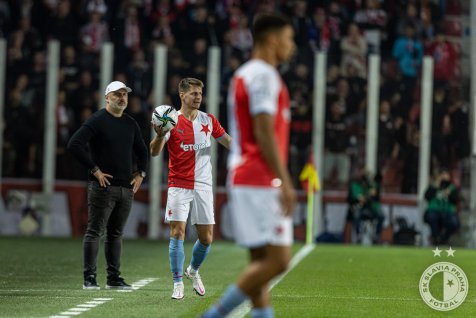 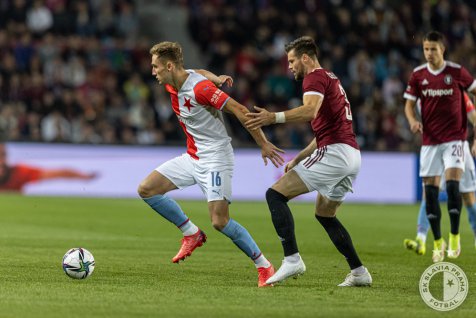 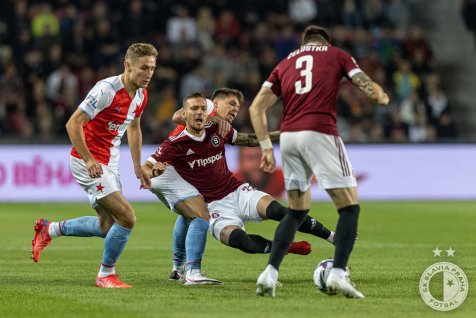 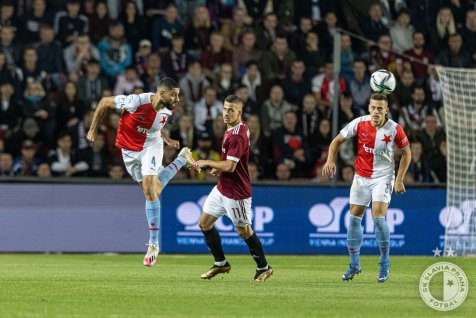