Slavia - Karviná
Goals: 70. Durosinmi
Radio
Missed penalty and a late conceded goal caused our first home defeat in the league since August 2018.
Slavia started with the same line-up as in the last friendly against Baník, with Krmenčík as a lone striker, Plavšić as a left back and Madsen in the centre of midfield. With 8 minutes on the clock Slava launched their first dangerous attack, but Bajza managed to block Lingr’s effort from the edge of the box. After a corner which followed Schranz fired wide on the far post. After 15 minutes Tomáš Holeš outjumped Karviná defence after Ševčík’s cross from the right wing but headed the ball just over the crossbar. Slavia set the pace of the game and were dangerous after set pieces but failed to create bigger opportunities. After half an hour Jánoš got enough space to shoot on the other side about 25 metres from Slavia goal, but his effort missed the left post. The Red-Whites made one change at the break with Masopust replacing Madsen, but it was Karviná who created big chance after 57 minutes when Adekunle headed after a cross from right wing and Mandous had to show great anticipation to block his effort on the far post. Slavia made double substitution after 60 minutes reinforcing the offensive with Peter Olayinka and Daniel Samek and six minutes later the Nigerian winger could open the score with a penalty, but only hit woodwork from the spot. In the 70th minute the guests managed to break the deadlock. Bah and Ousou failed to reach on the long cross from the right wing and Rafiu found the back of the net unattended on the far post. After 75 minutes Ondřej Lingr headed on the far post after a cross from the left side, but BKarviná goalkeeper managed to punch his effort over the crossbar. Yira Sor, who replaced Lingr a minute later, tried his luck from a similar position on minute 79, but headed the ball wide. Despite constant pressure Slavia could not respond and lost their opening game of the spring season 0-1. It was our first home defeat in the league after almost 42 months, since the 0-2 defeat against Jablonec on 18 August 2018. 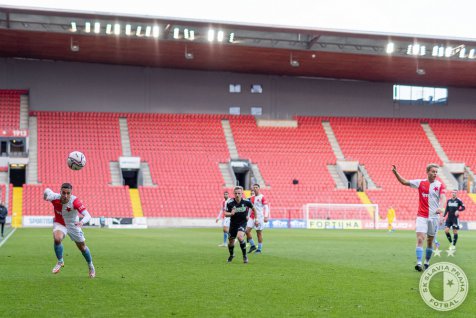 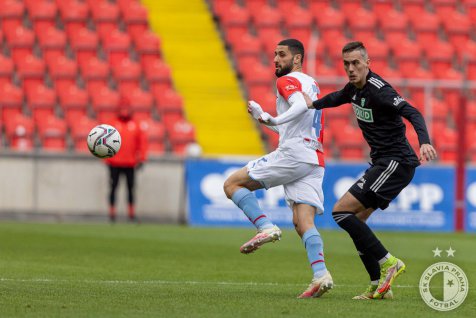 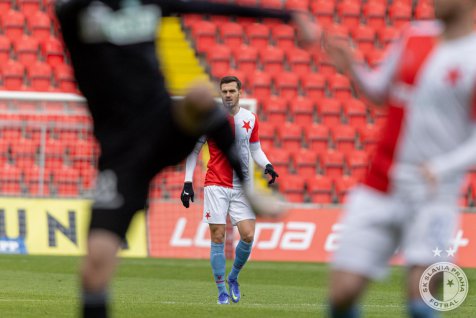 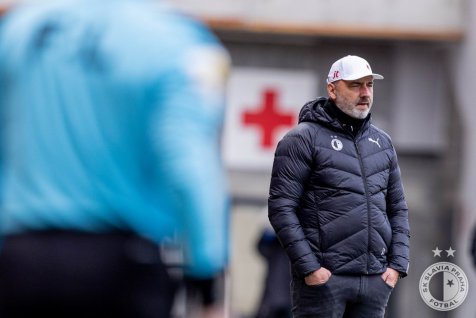 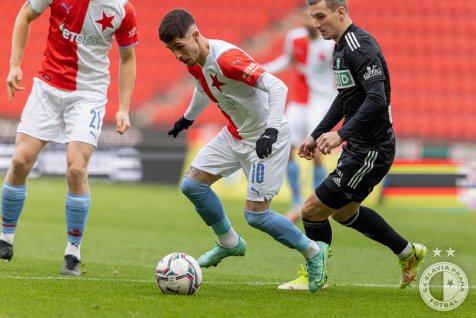 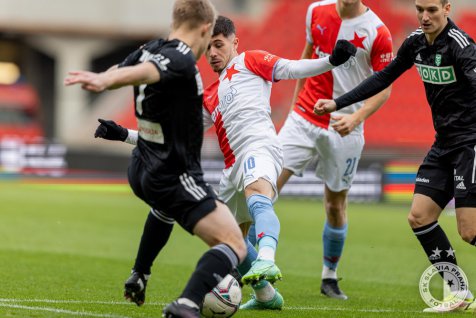