Slavia - Liberec
Goals: 39. Masopust
Radio
After 5 rounds of the Czech FORTUNA:LIGA Slava remain without a single loss. Lukáš Masopust´s header secured narrow win over Slovan Liberec.
The game was played behind closed doors as part of a punishment by Czech League FA disciplinary committee and Slavia thus could not rely on the traditionally heavy support on Sinobo Stadium. But the red-whites – with Stanciu and Holeš for the first time from the opening minutes – started better though and set the pace of the game during opening minutes.

Ten minutes into the game Nico Stanciu got into his first chance moving into the centre of the pitch and trying his luck from behind the box, but Nguyen showed superb flying save and deflected the ball onto a corner.

On 20th minute Tomáš Holeš fired from similar position, but Nguyen blocked his low shot onto a corner again. Slavia haven’t allowed Liberec into any serious chance. After 36 minutes Potočný tried his luck from distance but sent the ball wide. A minute later, on the other side Masopust sent firm cross into the box, but Mick van Buren headed over the crossbar.

Nico Stanciu was the last with an opportunity to score in the opening half, but his firm shot from a free kick missed the far post by centimetres.

Second half went similarly to the first one but with slightly less chances on Slavia side. After 56 minutes Masopust attempted his second of the night but his finesse shot into the top right corner was punched away by Nguyen.

On 71st minute Hušbauer sent beautiful cross from the free kick to find Souček’s head on the far post, but our captain headed only into the arms of Slovan goalkeeper. On 86th minute Hušbauer could double the lead but fired his attempt over the crossbar.

After a spell of pressure in the last ten minutes Slavia created several chances, but neither van Buren nor Olayinka managed to squeeze their shots in between the three posts. The red-whites thus recorded another narrow win and remain without a single loss in 2019/20 Czech league. 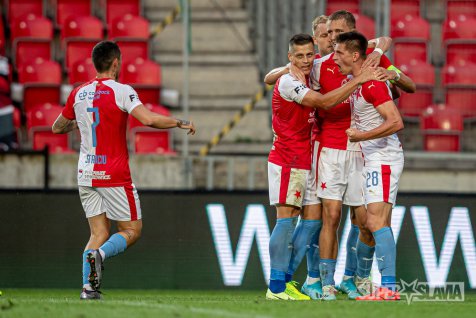 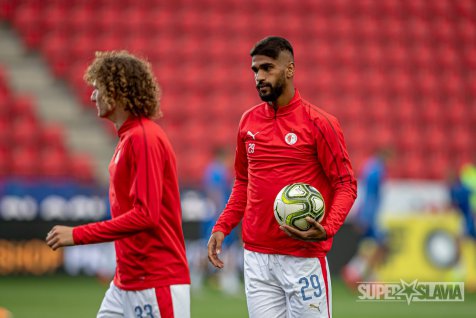 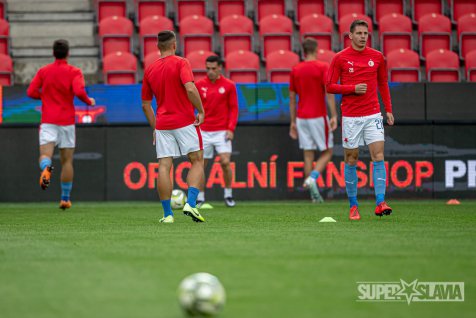 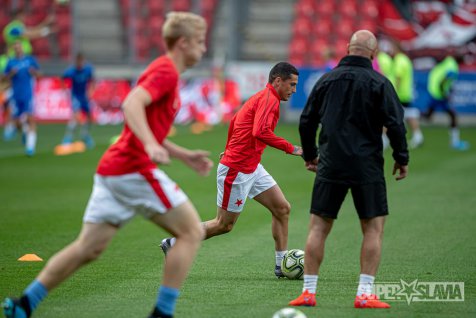 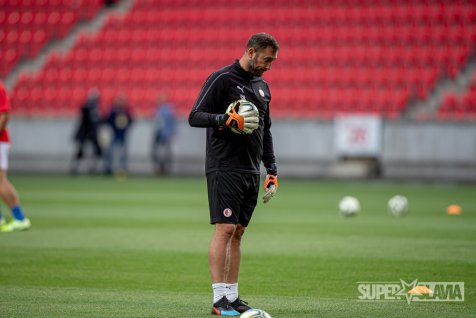 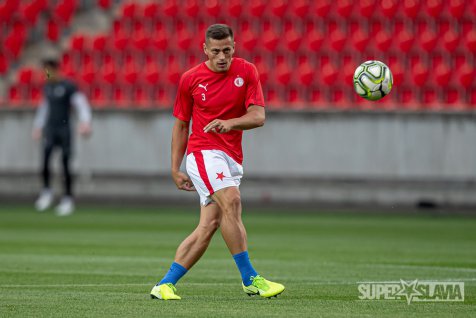