Slavia - Olomouc
Goals: 5. Olayinka
Radio
Olayinka´s early goal secured a 1-0 win over Sigma Olomouc in the postponed game of the Fortuna Liga 3rd round.
Slavia took lead with just 5 minutes on the clock. After a series of passes among Olomouc defenders Poulolo misplaced his header directed to goalkeeper Macík, Peter Olayinka got first to the ball and chipped the goalkeeper. 1-0. Only 5 minutes later the Red-Whites could double their lead, but Kuchta’s goal after Chranz’ header was disallowed due to an offside by the Slovakian forward. After 17 minutes Sigma created their only chance of the opening half when Hubník hit a deflected ball inside of the box, but Mandous saved his header easily. In the 23rd minute Peter Olayinka had to be replaced by Ondřej Lingr after an injury, but Slavia continued with a dominant performance. Ondřej Lingr scored again for the Red-Whites, but the goal was once again disallowed due to an offside. Only 3 minutes later Ousou headed after a sharp cross by Kuchta, but failed to hit the ball properly and missed the goal. After 38 minutes Ivan Shranz set up Jan Kuchta in a quick counter-attack and our forward could fire from a very good position inside of the box, but his effort missed the right post of Macík’s goal. Second half started with another big chance for Slavia, but Kuchta’s cross shot missed the right post close. After 55 minutes Ševčík went past two players inside of the box and returned the ball in front of the goal where Kuchta outjumped his defender and hit the right post. Two minutes later Schranz was alone in front of Sigma goalkeeper after Kuchta’s pass, but fired wide with his right foot. Slavia did not allow Sigma into any bigger chance and on the other side Krmenčík could double the lead for the hosts after 83 minutes, but Slavia striker only hit Macík from a close range. A minute later the same player was in front of Sigma goalkeeper again after Masopust’s pass, but Macík managed to kick out his effort with a superb save. After several wasted Slavia chances, it was Olomouc who could equalize in the last minute of the game. After a long cross Beneš passed the ball to Hála who fired it – luckily for Slavia – over the crossbar. Slavia thus won the postponed game of the 3rd round 1-0 against Sigma Olomouc and are level with Sparta on the second place of the league table. The Red-Whites are 4 points behind Viktoria Plzeň, the two teams meet at Eden on Sunday. 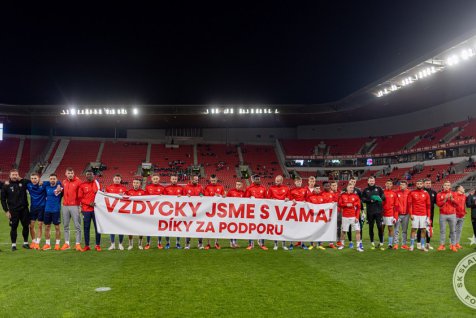 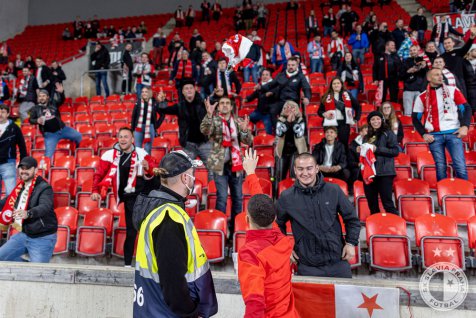 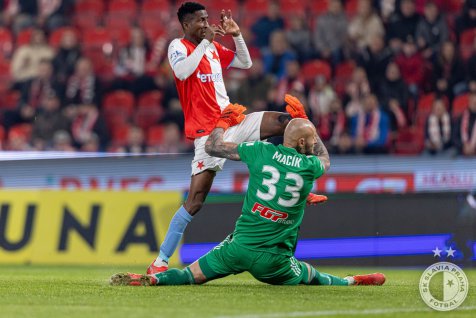 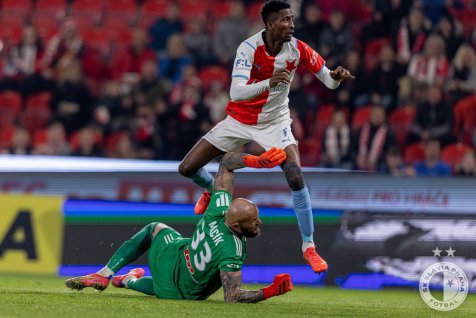 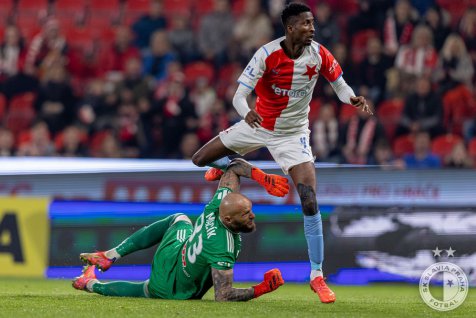 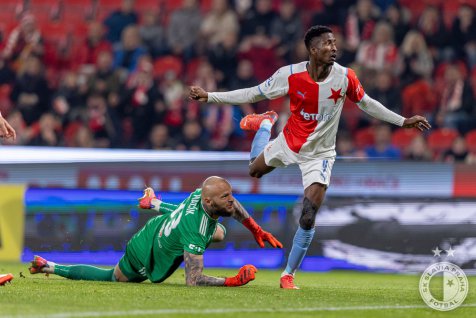