Hradec Králové - Slavia
Goals: 13. Vašulín (pen.), 34. Kubala, 35. Kučera, 58. Vlkanova - 19. Jurásek, 40. Fila, 73. Kúdela
Slavia lost 3-4 away to Hradec Králové in the first game of the league Championshop Group.
Slavia started the Fortuna Liga Final as a first team after the regular season away against Hradec Králové who finished 6th. But despite the regular season standings it was Hradec who took early lead. With 9 minutes on the clock David Hovorka blocked Vlkanova’s effort and then Kolář made a great save against Kodeš, but the referee returned to Hovorka’s contact with the ball and after a VAR check our centre-back was judged to have handled. Vašulín scored from the spot and opened the score of the game. Slavia, however, managed to equalize quickly which heralded the turbulent opening half. In the 19th minute Peter Olayinka got enough space on the right side to send a cross across the box and David Jurásek chipped the goalkeeper with a beautiful volley. It was his maiden goal in the red and white after his transfer from Mladá Boleslav. But after another quarter-hour Hradec managed to take two-goal lead within only two minutes. In the minute 34 Klíma set up Kubala with a through pass on the right side of the box and Hradec forward sent the ball past Kolář int the net. Only a minute later a throw-in caused traffic inside of Slavia box, the ball rebounded to Kučera, and the home midfielder curled his shot behind Kolář to give Hradec two-goal cushion. But the Red-Whites scored once more before the break. After a situation like the one before the first Slavia goal Ivan Schranz sent a cross from the right side, set up Daniel Fila on the far post and our forward hit another superb volley which found the back of the net. Slavia put the home side under pressure after the break, however, it was Hradec who hit again. In the 58th minute Hradec launched a counter-attack and despite quick Slavia return Vlkanova got enough space on the left side of the box and sent his effort through Kolář. In the 72nd minute Ibrahim Traoré headed the ball from close range, but Vízek blocked his effort from under the crossbar. Two minutes later Slavia got again within a one-goal difference when Ondřej Kúdela – who came on the pitch only seconds earlier – hit the ball from behind the box and sent it into the top right corner. Being one goal behind Slavia were striving at least for an equalizer against the resilient Hradec and were close in the added time, but another Traoré’s header was saved by Vízek on the goal line. After the loss in the first game of the Championship Group Slavia let Viktoria Plzeň have the first place. The Red-Whites are now two points behind their main title competitor, both teams play their mutual game next week in Eden. 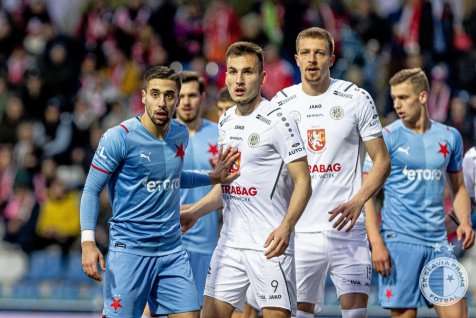 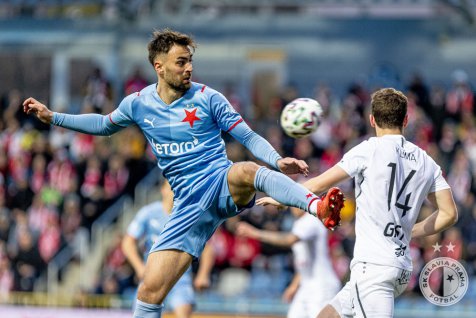 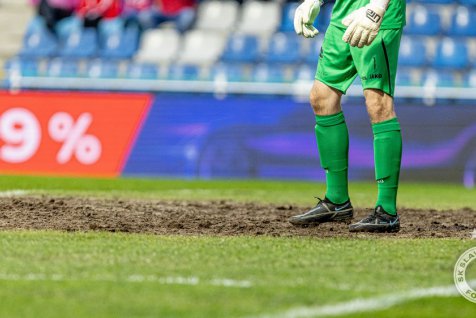 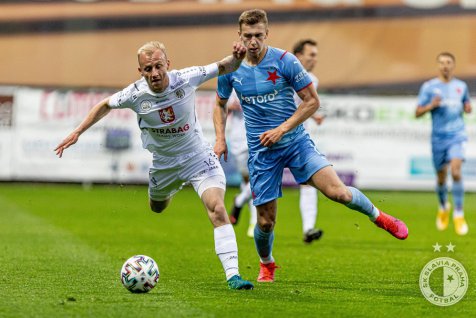 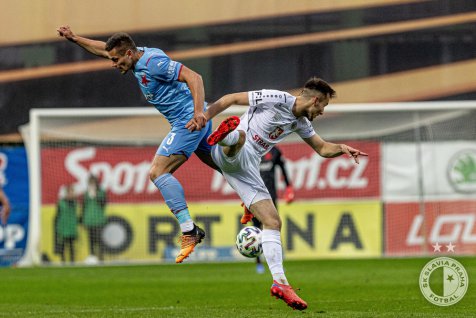 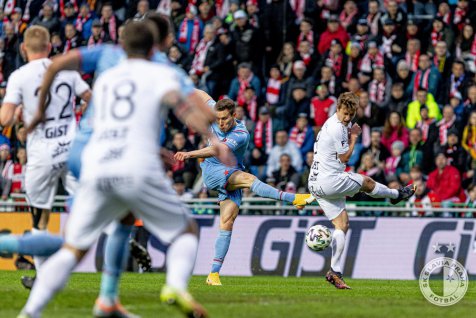