Slavia - Bohemians 1905
Goals: 43. Olayinka
Radio
Peter Olayinka was the match winner against Bohemians. Ondřej Kolář kept the clean sheet in his return after four-month break.
Alexander Bah returned to Slavia line-up after missing the game in Istanbul due to yellow cards. Stanislav Tecl started as a striker from opening minutes and Ondřej Kolář returned to goal after almost four months. Ten minutes into the game Slavia got into their first chance when Olayinka and Ševčík tried their luck after a beautiful combination on the edge of the box, but both efforts were blocked by Bohemians defence. Six minutes later Plavšić sent a superb cross from the right wing and Peter Olayinka was given enough space on the far post to shoot, but he sent his bicycle kick over the crossbar. Slavia dominated on ball and did not let Bohemians into many chances except for 21st minute when after a misplaced pass Květ fired from behind the box and Kolář had to save his effort near the left post. Six minutes later the same player fired from similar position but missed the far post again. On the other side Ševčík sent a beautiful effort from 23 metres and Valeš had to make a good save to punch it away. Despite several promising opportunities Slavia couldn’t break the deadlock till the 43rd minute. With less than 2 minutes left Alexander Bah sent a beautiful cross in front of goal and Peter Olayinka managed to deflect it into the back of the net. In the added time of the opening half Daniel Samek could double our lead, but his low cross shot from the edge of the box missed the far post. Only 3 minutes after the break Ondřej Kolář became hero of the moment when Puškáč headed in front of an open net, but our goalkeeper was quickly at his right post and blocked the header. In the 52nd minute Stanislav Tecl wasted a 100% chance on the other side when a long cross fell through Bohemians defence and he appeared alone in front of Valeš, but the away goalkeeper kicked his effort out. In the 56th minute Madsen passed the ball to Plavčić inside of the box, but our midfielder’s curled shot flew over the crossbar. Slavia set the pace of the game in the second half but could not create bigger goalscoring opportunities. In the 81st minute Bah fired wide from the edge of the box, Fila’s cross two minutes later was blocked by Valeš just before Traoré could hit the ball. Bohemians, on the other side, were dangerous after long crosses from both wings, but Kolář did not have to solve any difficult situation. Almost 10 thousand fans who could return to Eden as 50% of the stadium capacity is now allowed in the Czech Republic saw another narrow win which lifted Slavia back to the top of the league. On Thursday the Red-Whites play second leg of the UECL knockout stage play-off home against Fenerbahce. On Sunday we travel to Mladá Boleslav to play against FK Hradec Králové. 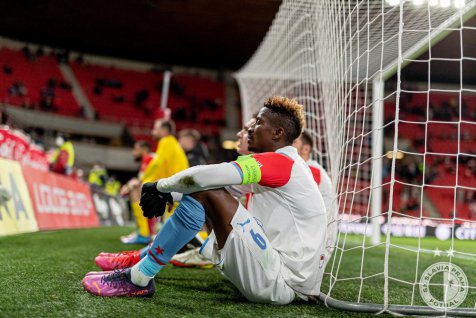 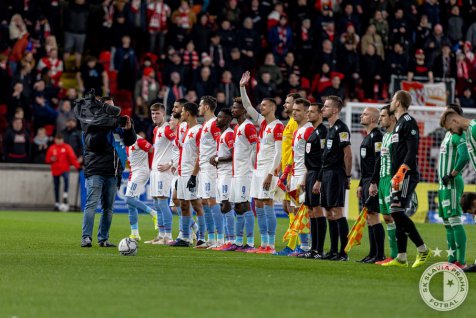 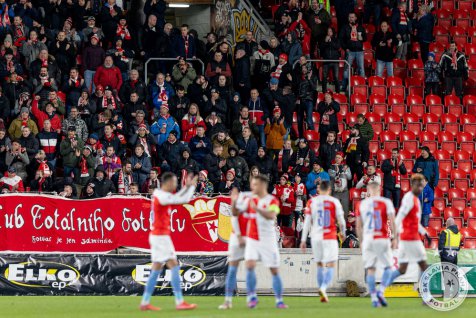 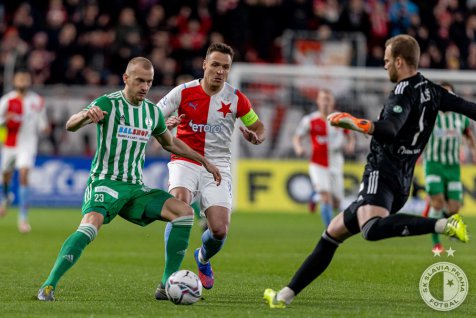 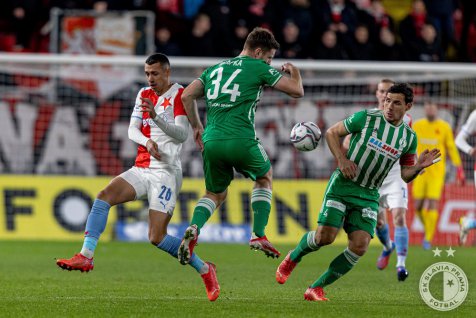 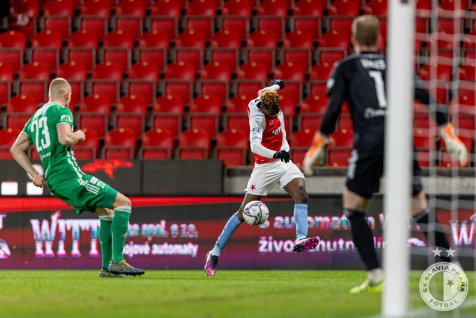