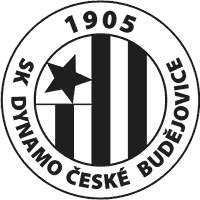 Č. Budějovice - Slavia
Goals: 10. Brandner, 14. Havel – 52. Olayinka (pen.), 58. Oscar
Radio
Slavia trailed by two goals after first 45, but after an improved start to the second half got themselves quickly back into the game. Unfortunately, despite playing against 10 men in the end of the game, the Red-Whites failed to complete the turn-around.
For the 12th round of FORTUNA:LIGA Slavia travelled south to face SK Dynamo České Budějovice, who wanted to maintain their mid-table position and prolong their unbeaten run of three games from which they gained impressive 7 points. Manager Jindřich Trpišovský picked Michael Krmenčík as a lone striker supported by Ubong Ekpai and Peter Olayinka on the wings with 17yo Daniel Samek being also in the starting line-up in central midfield.
Just after few seconds Ubong Ekpai, who spent last season on loan in České Budějovice, caused some serious trouble to host’s goalkeeper Vorel, after which ball bounced to Peter Olayinka, who failed to put it into the back of the net from close range. In the 7th minute, Bah put the ball delightfully on Ubong Ekpai’s head, but Nigerian only hit the crossbar.
Despite Slavia having promising goalscoring opportunities, it were the hosts, who took the lead. In the 10th minute, Mihalík found enough space to try his luck from the edge of the box. Ondřej Kolář didn’t react to the low hard shot and the score changed for the first time – 1:0. As it was not enough, only after 4 minutes, hosts doubled their lead. This time, Brandner wrote his name on the score-sheet with a well-placed header after a free kick.
In the 43th minute, Oscar Dorley could have responded with a fine half-volley from inside of the box, but his shot was not accurate enough.
In attempt to turn things around, Jindřich Trpišovský made triple substitution at the break and sent on Kuchta, Lingr and Ševčík, and result was immediate. In the 52nd minute, Jan Kuchta was brought down in the penalty box a the referee’s decision was clear – penalty! Peter Olayinka took the penalty duty on himself and calmly converted the given opportunity – 2:1!
It only took 8 more minutes and it was level. Jan Kuchta showed great vision and picked out unmarked Oscar Dorley on the far post, who scored our second with a precise header – 2:2!
In the 73rd minute, Jan Kuchta could have completed the turn-around, but Vorel stopped him in 1v1 situation. Odds of succeeding in the turn-around shifted in Slavia’s favour after Skovajsa got red card for high foot on Lingr’s head in 77th minute. Even though Slavia controlled the ball on their feet until the end of the game, the turn-around was not meant to be. After a much improved second half Slavia took one point to Prague in spite of playing against 10 men in the last 20 minutes. 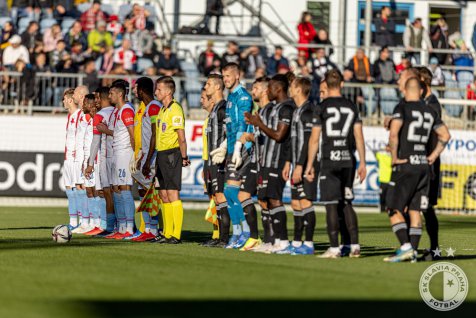 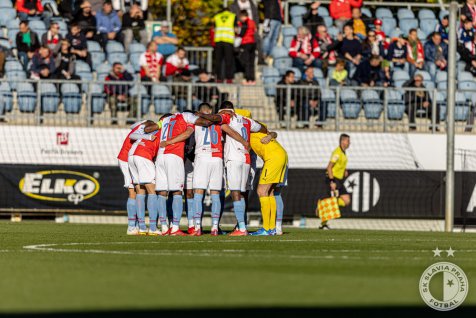 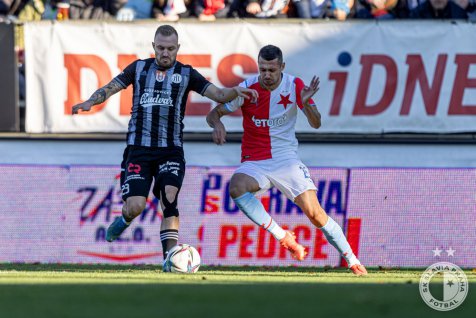 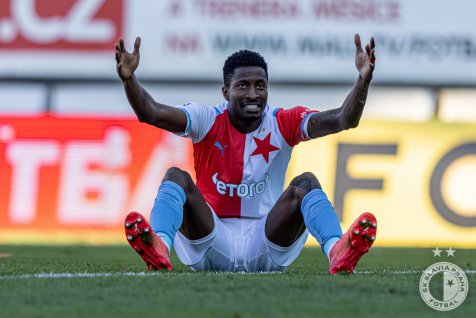 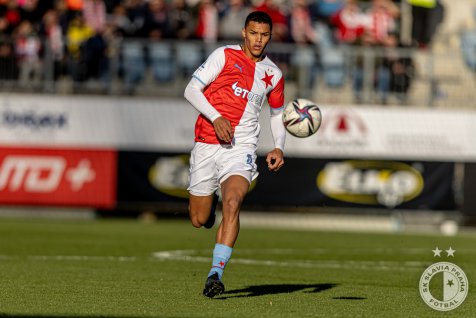 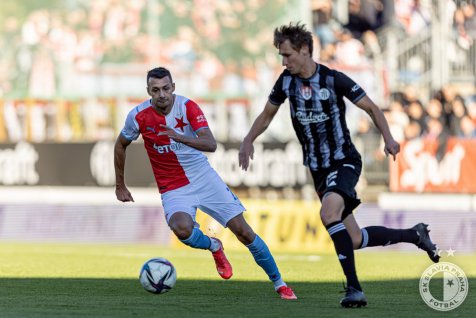