Slavia - Teplice
Goals: 29. Souček (pen.), 89. Ševčík, 90. Kúdela
Radio
Slavia defeated Teplice 3-0 at Sinobo and remain undefeated in 2019/20 Czech FORTUNA:LIGA.
Manager Trpišovský opted for 4-1-4-1 tactical line-up with Yusuf as a lone striker supported by Masopust and Olayinka on the wings. Defence line became unchanged from the game against Barcelona with Kúdela and Frydrych as centre-backs and Bořil and Coufal as left and right backs.

Slavia got into their first opportunity after 8 minutes when Masopust beautifully found enough space on the right wing, passed the ball to Hušbauer and his effort from the brink of the box missed the left post.

After 14 minutes Hušbauer got into another chance after passes from Bořil and Yusuf, but his cross shot missed the far post by centimetres. In the same minute Teplice could execute a free kick from 25 metres, but mares fired wide.

Nevertheless, Slavia set the pace and Nico Stanciu was close after a counter-attack on 20th minute but his effort was deflected on a corner. On 25th minute after another great combination Yusuf fired from inside the box but hi shot was blocked too.

Slavia thus took lead after 29 minutes. Olayinka was tackled by Kodeš inside the box, Slavia could execute a penalty and captain Tomáš Souček sent the ball in the middle of the goal past Grigar. It was Souček’s eight league goal of the season.

After 36 minutes Teplice got into their biggest chance of the opening half after a nice through pass to Mareš, but the low shot by Teplice captain was perfectly blocked by Ondřej Kolář.

Slavia were better team even in the second half but failed to create bigger opportunities till 65th minute. Peter Olayinka went past two players on the right wing and passed the ball to Milan Škoda, but our striker who replaced Yusuf few minutes earlier missed the far post.

The Red Whites couldn’t get past well-organised Teplice defence for most of the second half. On 86th minute Petr Ševčík – who replaced Masopust on 75th minute – had an effort blocked from the brink of the box but the same player finally doubled Slavia lead one minute into the full time when he latched onto Souček’s pass and sent the ball along Grigar with his left foot.

Second goal for the Red Whites finally broke the deadlock and Slavia managed to add third in the injury time. Hušbauer’s free kick fund head of Tomáš Souček, his attempt was blocked by Grigar and Ondřej Kúdela on the far post fired the ball into an open net.

Slavia thus remain undefeated in the 2019/20 Czech league and keep their 11-point lead on top of the table. After the international break the Red Whites travel to Olomouc before Champions League home game against Inter on Wednesday, November 27. 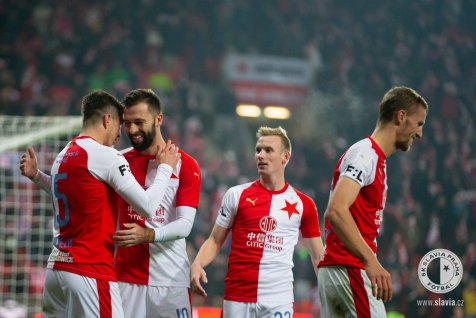 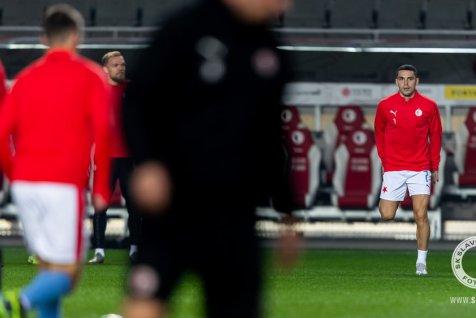 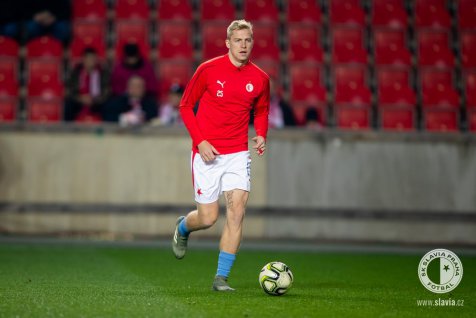 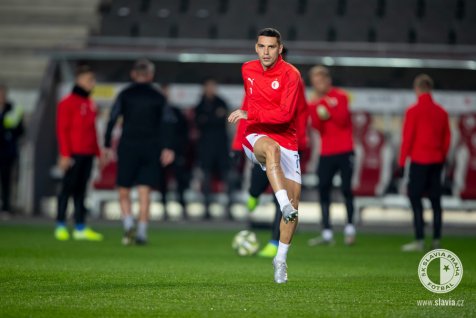 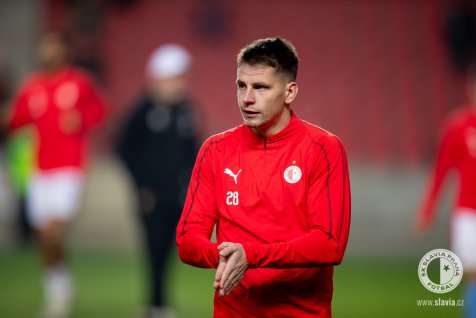 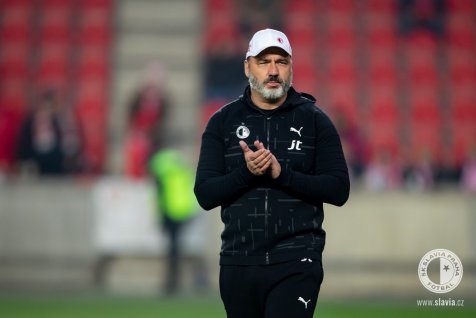