Olomouc - Slavia
Goals: 21. Tecl, 30. Stoch, 74. Coufal
Radio
Slavia take all 3 points on the hot soil of European contender Sigma Olomouc. Tecl and Stoch made it 2-0 before the break, Vladimír Coufal scored his maiden goal in red-white shirt.
Manager Jindřich Trpišovský opted for the same line-up as in the dress rehearsal against FC Rostov. With Jakub Jugas missing due to injury, African duo Ngadeu-Deli started as centre-backs.

Sigma set the pace of the game for opening 15 minutes, but it was Slavia who created first chance. 12 minutes into the game Miroslav Stoch was left space in the middle of the pitch but missed with his shot from distance. Just three minutes Sigma Sladký tried his luck from similar position but missed the goal as well.

Slavia took lead at minute 21. Souček’s header following long throw-in by Bořil was blocked by one of the defenders, ball returned to our midfielder and his quick shot was deflected into the net by Stanislav Tecl.

After several promising attacks on both sides the red & whites doubled their lead on 30th minute when Miroslav Stoch latched onto Sýkora’s pass, moved the ball on his right foot and fired it on the far post from 25 meters.

Five minutes before the break Zmrhal went through the home defence to find Tecl in a promising position but our forward missed with his acrobatic attempt. On the beginning of the second half Tecl could add another goal but his shot from inside the box was blocked by defenders.

After 55 minutes Slavia launched one of their counter-attacks, Tecl fled all the defenders and found Stoch in front of an open goal, however his attempt was blocked by goalkeeper Buchta who performed perfect save. Just few seconds later Tecl could fire from the right side of the box but hit just the side of the net from a sharp angle.

At minute 74 the red-whites added third when left-back Jan Bořil sent his cross into the penalty area, Zmrhal deflected the ball with his head and right-back Vladimír Coufal fired it into the net. It was his maiden goal in Slavia in the first competitive game.

12 minutes before the final whistle Olomouc could lower the difference but Yunis was denied by Kolář left alone in front of our goalkeeper.

The 3-0 victory was the highest win in the opening game of the season from 1945 (5-1 in Povážská Bistrica). Slavia won in Olomouc for the first time since May 2008 and Sigma lost their first home game after 35 matches. The red & whites thus start their FORTUNA:LIGA journey from the first place in the league table. 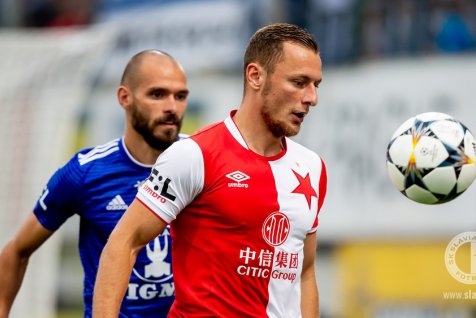 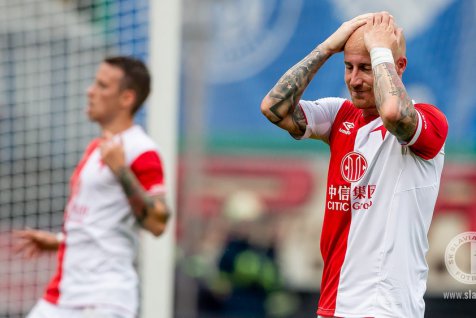 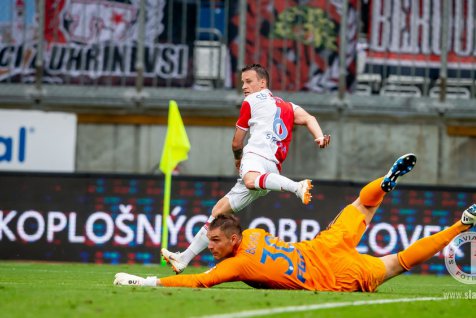 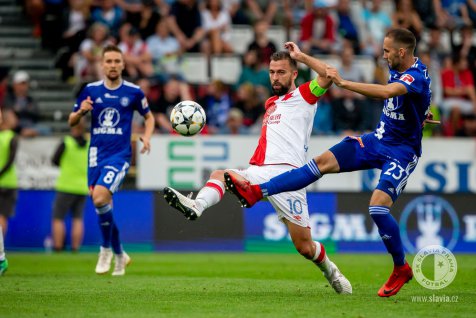 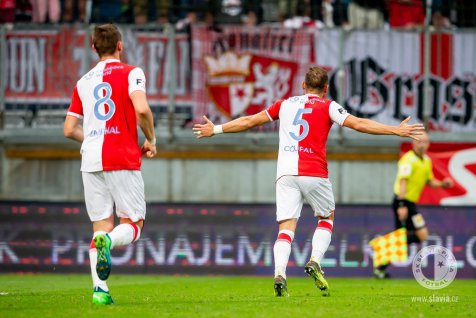 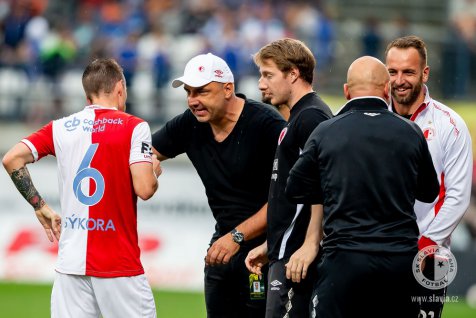