Slavia - Pardubice
Goals: 41. (pen.) a 54. Provod, 62. Schranz, 84. Traoré
Radio
Lukáš Provod scored twice, Schranz and Traoré added two more as the Red-Whites defeated Pardubice and returned to the top of the league table.
Slavia made 9 changes into the starting line-up compared to the last game at Feyenoord. Forward Daniel Fila made his debut in the starting eleven. 12 minutes into the game Ivan Schranz appeared in the first chance but fired wide from the centre of the box. On the other side Vacek could shoot from the left side of the box after a quick counter-attack, but Mandous managed to block his effort with the first difficult save of the night. After half an hour Jurásek set up Provod In his first big chance, but our midfielder who recently returned after a knee injury sent the ball next to the left post. However, Lukáš Provod got another chance to open the score in the 41st minute. Aiham Ousou was brought down inside of the box, the referee blew for a penalty a Provod sent the ball into the bottom left corner. It was his first goal after more than 400 days, last time he could celebrate in February 2021 away at Leicester in the UEFA Europa League. Two Provod’s goals framed the half-time break. Our midfielder added second in the 54th minute when Jurásek found Fila with his cross from the left wing, our striker set up Provod with a clever backheel pass and he scored his second of the night. Slavia dominated the second half and created more chances. After a similar situation 4 minutes after the second goal Lingr fired wide, but in the 61st minute Ivan Schranz added third on the far post after a beautiful cross by Srdjan Plavšić. More chances followed on both sides, but it was Slavia who managed to add one more goal. In the 84th minute Stanislav Tecl could go alone on Letáček and the Pardubice goalkeeper rushed from goal to block his effort. But the ball returned to Tecl who set up Ibrahim Traoré on his left and our midfielder recorded another late goal after an added-time equalizer at Feyenoord three days earlier. After a 4-0 home win Slavia returned to the top of the Czech league table. The Red-Whites are one point ahead of Viktoria Plzeň with two games left from the regular season. 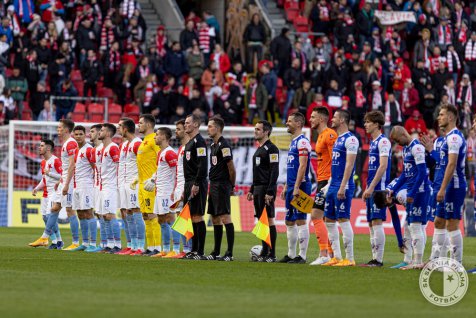 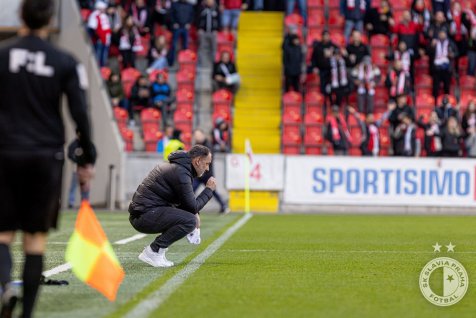 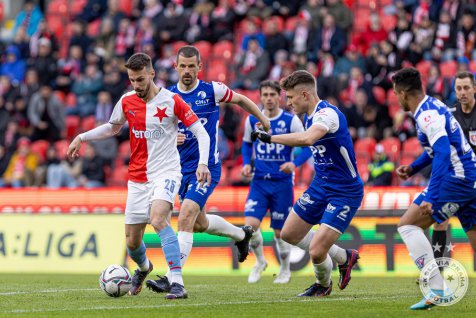 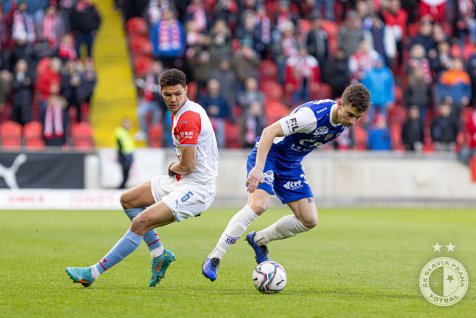 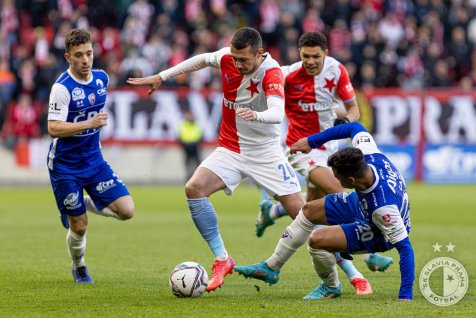 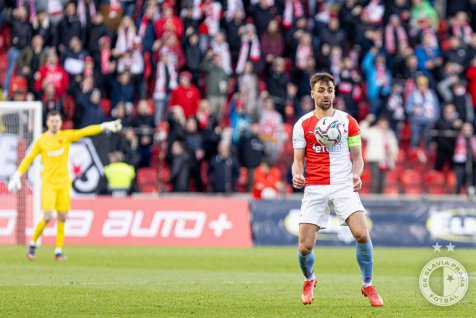