Teplice - Slavia
Goals: 43. Černý - 22., 45. a 81. Schranz
Radio
Three goals by Ivan Schranz on his full debut secured 3-1 win in Teplice. Oscar was another key player with two assists.
After two yellow cards for Teplice players on 15th and 17th minutes Alexander Bah tried his luck from a set piece 30 metres from goal, but Grigar managed to save his attempt near his left post. Just two minutes later Oscar set up Stanciu on the edge of the box, but the Romanian midfielder fired wide. Slavia took lead 22 minutes into the game. Kacharaba’s long header found Oscar on the left wing, he sent his cross into the box and Ivan Schranz headed in his maiden goal in red and white. After half an hour Slavia had a chance of a quick counter attack when 3 players faced only one defender, Stanciu sent the ball to Ševčík n the right wing, but his low pass to Musa was blocked by one of the defenders. A minute later Stanciu set up Plavšić with a long ball, but our Serbian midfielder failed to chip the Teplice goalkeeper. In the 43rd minute the home team managed to equalise. Kolář lost the ball in the build-up, Hyčka seized it and passed it to Černý who sent the ball into an open net. Slavia, however, managed to regain lead before the break. Traoré passed to ball to Oscar on the left wing, he set up Schranz on the edge of the box and the Slovakian forward scored his second of the night. The Red-Whites continued in the same style after the break and Musa could add another goal in the 49th minute, but Grigar blocked his low shot with his foot. On the other side Kolář saved Slavia with a wonderful save against Černý’s header. After an hour Stanciu tried to chip Grigar again, but the Teplice goalkeeper saved his effort again. In the 79th minute the Romanian midfielder starred again when he blocked Kodad’s shot in a big chance. After 81 minutes Ivan Schranz completed his hat-trick. Peter Olayinka won the ball on Teplice half, moved towards the box, and passed it to Schranz who sent it over the goalkeeper. Slavia thus won their second game of 2021/22 season and extended their unbeaten run to 48 league games. Schranz scored three and Oscar provided two assists in the 3-1 win at Teplice. 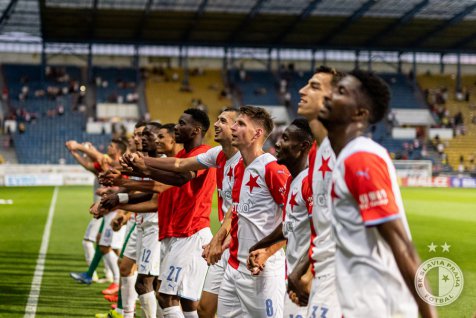 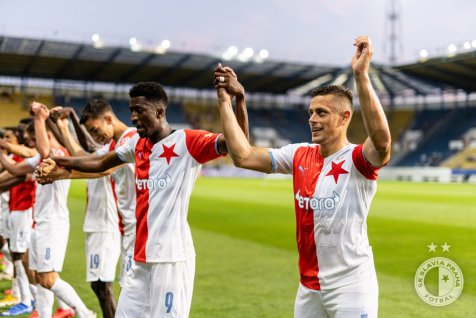 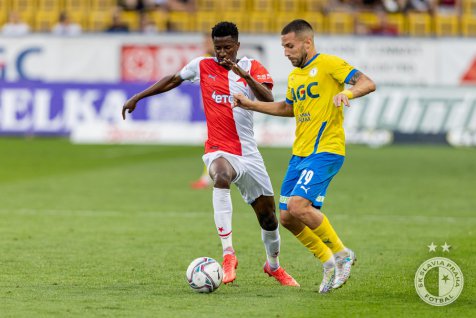 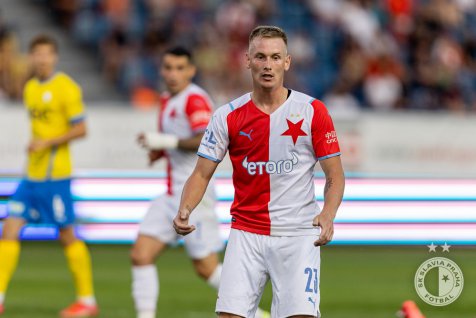 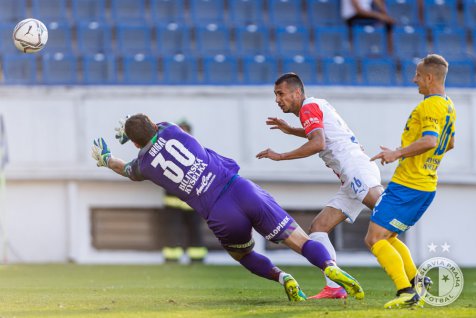 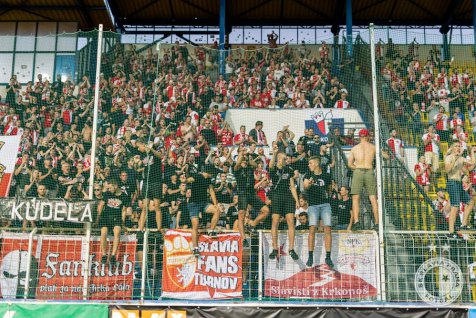