Slavia - Jablonec
Goals: 33. Traoré, 85. Souček – 9. Holeš
Radio
Thanks to the goals of Ibahim Traoré and Tomáš Souček, Slavia managed to turn the game against Jablonec around and regained its 5 point lead ahead of Viktoria at top of the league.
Head coach Jindřich Trpišovský made two changes in the starting line-up in comparison with previous match of the additional final stage of FORTUNA:LIGA. Captain Milan Škoda replaced Mick van Buren up front and Ibrahim Traoré started in central midfield instead of resting Alex Král.
Despite rainy weather and closed northern sectors of the stadium, more than 11 thousand fans gathered to support the Red-Whites in as noisy manner as always. With the fans behind their backs Slavia players created several interesting opportunities right at the beginning, but neither Michael Ngadeu’s chance after the corner or counter-attacks lead by Ibrahim Traoré and Lukáš Masopust resulted into the first goal.
This chance-wasting was quickly punished by Jablonec in the 9th minute. Holeš cut inside from the right wing, pulled the trigger on the edge of the box and put the ball into the top corner with his left-footed bullet – 0:1.
However, Slavia didn’t break down and kept on creating opportunities and controlling the game. The reward for this positive approach came in the 33th minute after Jablonec defence failed to clear the ball from the dangerous area and only put the ball to the feet of Tomáš Souček. The Red-White key central midfielder kept his cool and found unmarked Ibrahim Traoré at the far post, who slotted the ball into the net and equalized – 1:1!
Ibrahim Traoré could have turned the game around himself few minutes later. Unlucky, his flying back-heel didn’t hit the target. Thus, the teams departed to the dressing room at the half-time on level terms.
After the break, Slavia kept on being more aggressive, more dangerous team. However, the crucial winning goal wasn’t coming as Jablonec managed to cope with Slavia offensive effort. Jindřich Trpišovský reacted by introducing Milan Škoda and Alexandru Baluta into the game in addition to Miroslav Stoch, who replaced injured Lukáš Masopust early in the first half.
Alexandru Baluta could have turned the game around right after coming on in a great fashion as he attempted for acrobatic bicycle-kick. Unfortunately, his shot overflew the crossbar.
In hard times throughout the season, Slavia could have always relied on Tomáš Souček and this game wasn’t to be an exception. In the 85th minute, the defensive midfielder received a pass from Ibrahim Traoré and didn’t leave Jablonec keeper any chances. He curved the ball into the far post and launched wild celebrations in Sinobo Stadium – 2:1!
The Red-Whites controlled the rest of the game until the final whistle. Thanks to the goals of Ibahim Traoré and Tomáš Souček, Slavia turned the game around and regained its 5 point lead ahead of Pilsen at top of the league. 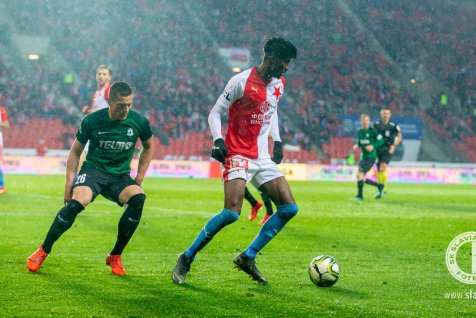 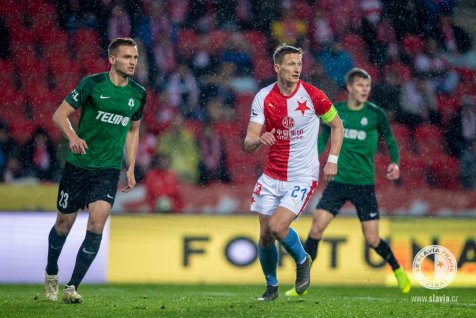 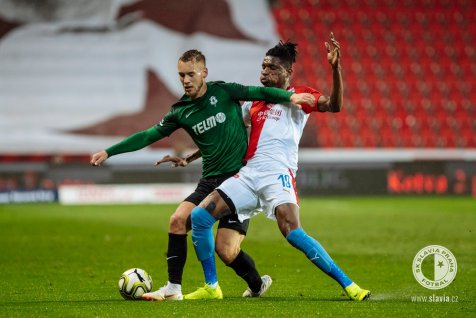 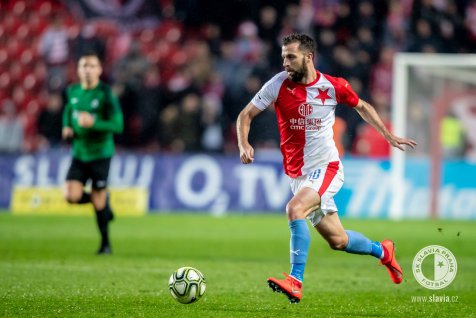 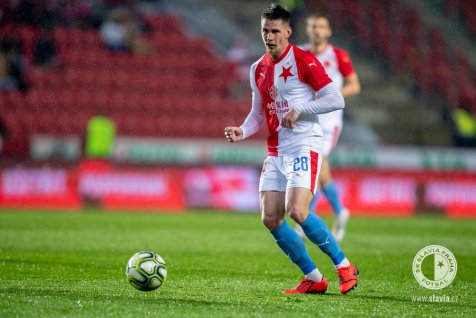 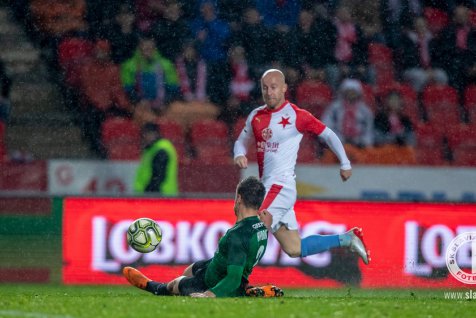