Bohemians 1905 - SK Slavia Praha
Goals: 2. Květ - 4. Olayinka, 30. Jurečka, 75. Lingr, 78. Olayinka
Radio
Peter Olaiynka scored two, Jurečka and Lingr added two more in the 4-1 win at Bohemians.
Bohemians caught Slavia napping on the beginning of the first half. After only one minute the ball rebounded to Roman Květ on the edge of our box and Bohemians midfielder sent his volley into the bottom left corner. 1-0. However, Slavia managed to equalize within two more minutes. Masopust sent a long cross from the right wing and set up Jurásek on the far post, hie effort was deflected by Peter Olayinka and the ball jumped over goalkeeper Bačkovský. 1-1.

In the 7th minute Olayinka again could give Slavia lead, being set up by Tecl on the far post, but his effort was blocked by Bačkovský.

After 26 minutes the VAR had to check Hromada’s tackle on Prekop but decided not to award a penalty for Bohemians. 4 minutes later Jurečka was brought down inside of the box on the other side and this time there were no doubts that a penalty would be awarded for Slavia. Václav Jurečka fired the ball under the crossbar and Slavia came from behind to take a 2-1 lead.

Shortly before the break Hromada could send a shot from the edge of the box, but Bačkovský made a fine save to deny our midfielder. But after the interval it was Bohemians who put Slavia under pressure and dominated the opening 15 minutes.

In the 53rd minute Kolář had to make a decent save against Drchal who appearedin a ood chance after Jurásek missed a long ball. A minute earlier Tecl set up Olainka in a quick counter-attack, but Bačkovský rushed out of his goal and got the ball earlier.

Slavia then raised into the game again. In the 70th minute Usor fired after a long ball, but missed the far post, but another counter-attack already ended with a goal. In the 76th minute Olaiynka set up Lingr on the right side of the box and our forward sent the ball past Bačkovský into the net.

Three minutes later Peter Olayinka scored his second goal of the night when Usor passed the ball to Masopust on the right side, he set up Olayinka across the entire box and the Nigerian forward scored into an open net.

The Red-Whites play again on Thursday at home in the last game of the UWCL group stage against Sivasspor. 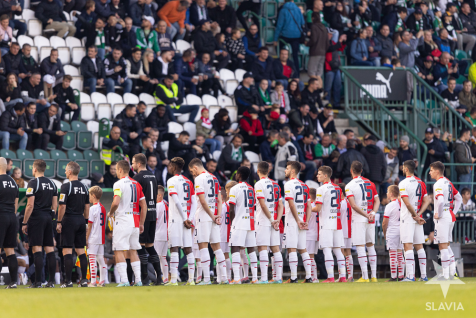 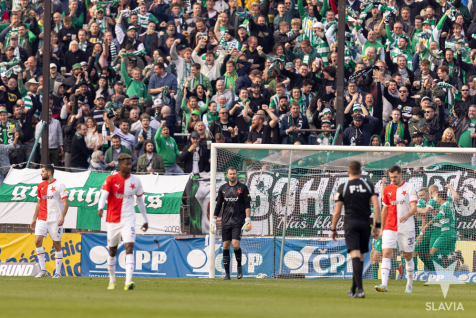 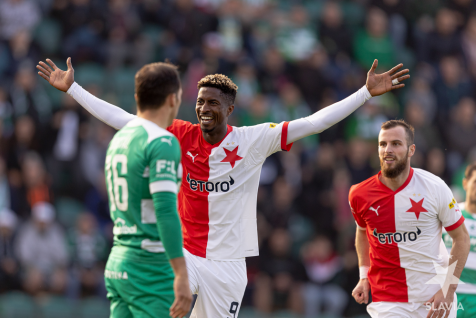 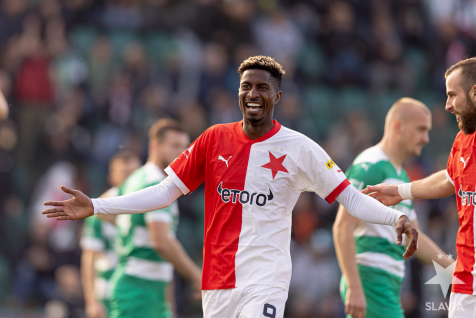 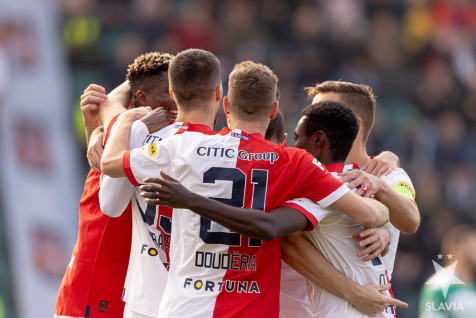 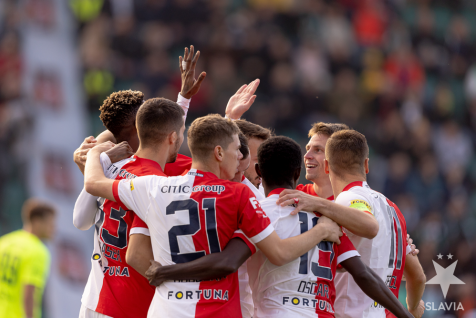